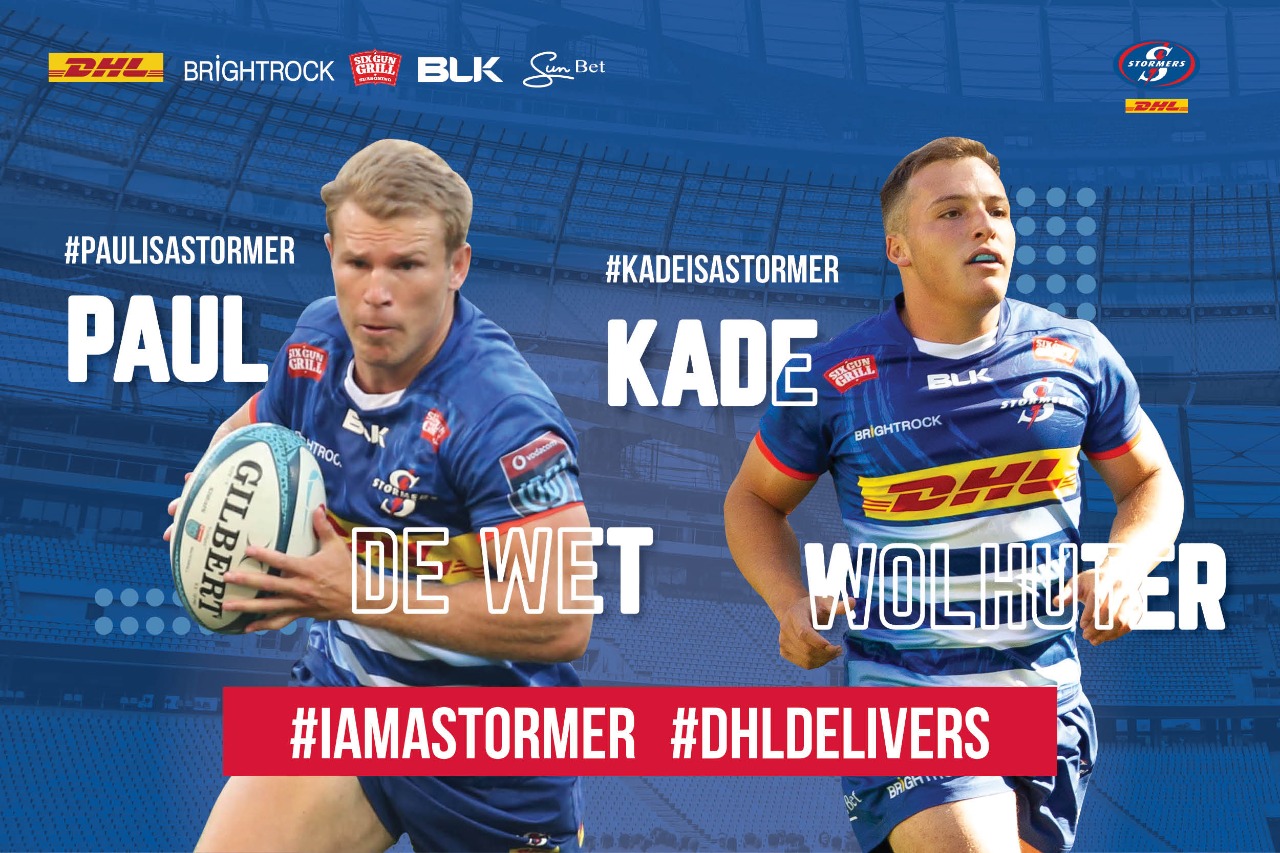 Both players are products of the Western Province Rugby junior system, having grown up in the region and come through the structures.

De Wet was a stand-out performer this season, scoring tries against the likes of Edinburgh, Ulster and Ospreys in the DHL Stormers’ Vodacom United Rugby Championship title-winning campaign.

The speedy scrumhalf unfortunately suffered a shoulder injury just before the play-offs, but will be back to full fitness in time for the new season.

Flyhalf Wolhuter also had his struggles with injury this season, having recovered from a major knee operation. He made his DHL Stormers debut as a 20-year-old in early 2021 and with his injury concerns behind him, will be focused on delivering on his considerable potential next season.

DHL Stormers Head Coach John Dobson said that having the likes of De Wet and Wolhuter commit for the next two years means that competition for places in the starting line-up will be fierce.

“Both Paul and Kade have already shown that they have a very high ceiling in terms of potential. Having the both of them in our system for the next two years means that we have quality halfback options ahead of what is going to be a very demanding campaign with our entry into the Heineken Champions Cup,” he said.

De Wet said that he is looking forward to building on his form that he showed for the DHL Stormers this season.

“I grew up supporting the DHL Stormers, so I really want to make the most of every opportunity I get to pull on that jersey. I am looking forward to developing my game further with the coaches and players around me here over the next two years,” he said.

Wolhuter said that he is focused on getting some consistent gametime under his belt and show what he is capable of in a DHL Stormers jersey.

“The last year has been a frustrating one injury-wise for me, but I am determined to repay the faith that has been shown in me by stepping up for the team over the next two years,” he said.