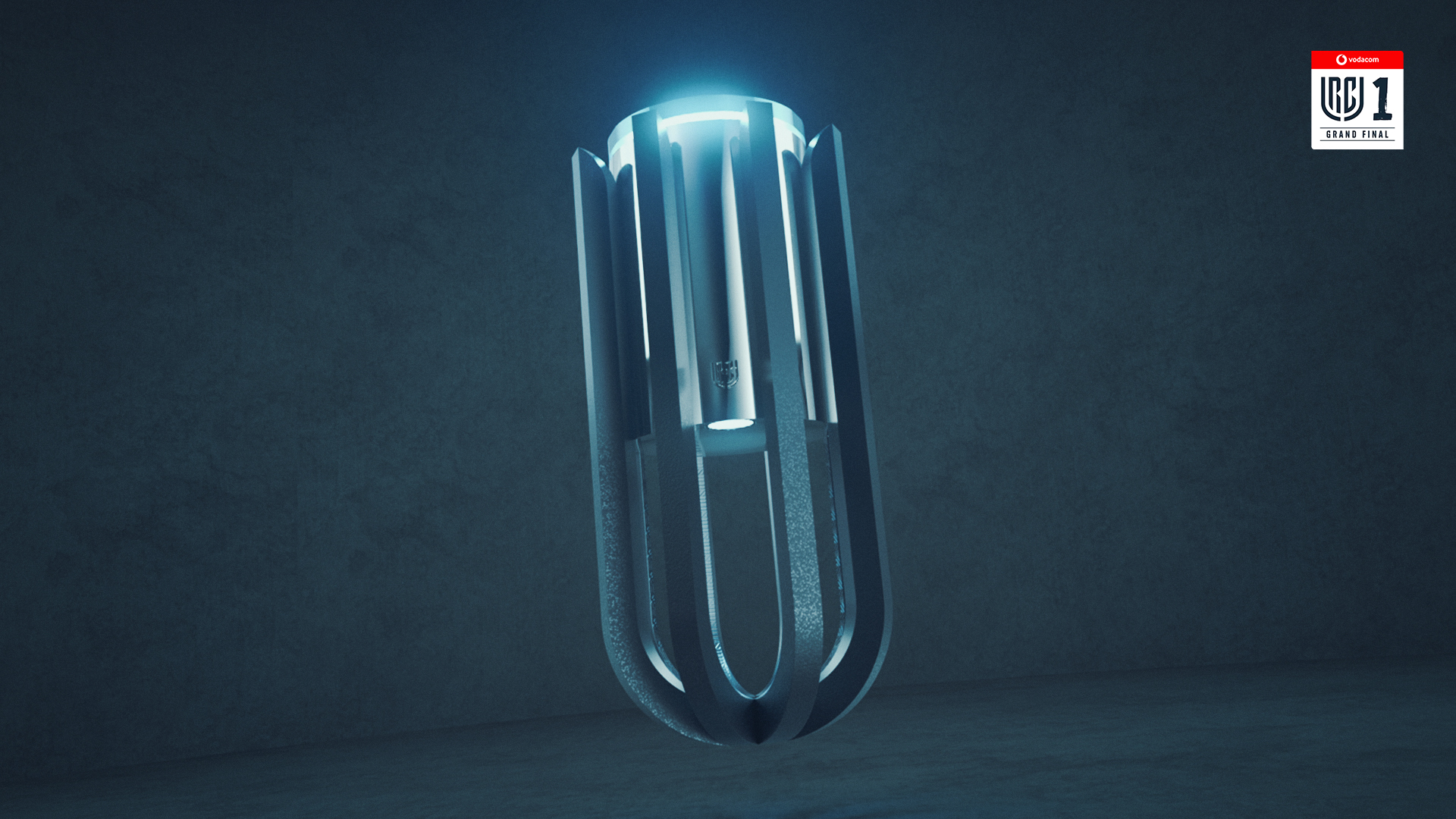 
The Vodacom United Rugby Championship has digitally revealed the trophy that will be presented to the league champions at the first Vodacom URC Grand Final on Saturday, 18 June.

The incredibly unique piece of silverware is the result of a collaboration between the Bath-based, award-winning design agency, Matter, and the outstanding craftsmanship from the master silversmiths at Thomas Lyte, makers of the British & Irish Lions Series trophy, the Webb Ellis Cup, the FA Cup and the Ryder Cup.

With the Vodacom URC trophy in the final stages of production at the Thomas Lyte workshop, fans around the world have been treated to a digitally created 3D visual of the trophy, named the Array.

Michelle van Eyden, Vodacom’s Head of Sponsorship, said: “Vodacom has been rugby’s biggest supporter since 1996 and we’re extremely proud to celebrate another significant milestone in the global game with the virtual unveiling of the first Vodacom United Rugby Championship trophy, which is a beautiful digital representation of the united efforts of all the teams in the race to be the one champion.

“The Vodacom United Rugby Championship has ushered in a bold new era of innovation in the game, and this virtual trophy unveiling is perfectly aligned with our core purpose as a company to use technological innovation to connect people to their passion.”

Thisaway, who led the Vodacom URC rebrand, steered the design brief for a contemporary re-style of a traditional cup that represents the boldness and diversity of the competition.

Early in the process, the Vodacom URC reached out to former coaches and players who had won the league to get their opinions about what makes a great trophy. The points of emphasis from those who had won it were: weight, size and the ability to drink from it.

The Array’s bold outline is created by joining together four U-shaped arms in a nod to the four regional Shields while also matching the Vodacom URC’s arcing logo. This creates eight robust handles and invites the trophy to be held by a group so that the message of teamwork is placed at the heart of the on-field celebrations.

The materials and appearance of the trophy are a tribute to the blend of power and finesse that is witnessed on the field of play. The outer arms have a burnt, industrial quality that represent the physicality and raw power of the game while the highly polished silver and intricate detailing embodies the skill and precision required to create moments of rugby brilliance.

Etched on the arms are the logo designs created to represent the Irish, Welsh, South African and Scottish-Italian Shields while the word ‘Champions’ is engraved in different languages. The Array is capped at the top by a crown which appears to levitate above the rim of the trophy and will have a bespoke design that changes each season.

Imaginative engineering also allows for coloured light to illuminate the centre of the U-shaped arms and up to the top of the trophy to produce a glowing effect around the crown. Finally, when the crown is removed it uncovers a central cup which allows the Vodacom URC champions to indulge in one of sport’s most cherished traditions and truly enjoy the taste of victory.