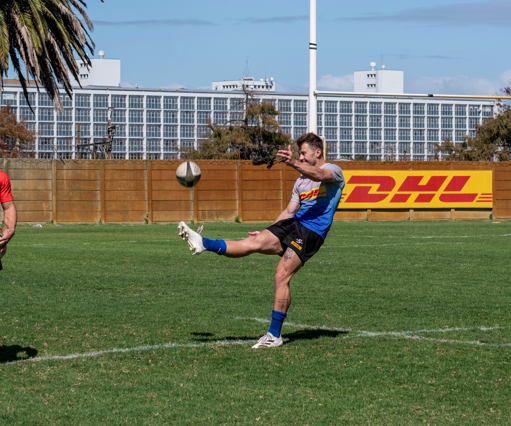 
Lock Adre Smith and scrumhalf Stefan Ungerer will make their first starts for the DHL Stormers in the Vodacom United Rugby Championship encounter with Munster on Saturday.

There are six changes in total to the DHL Stormers starting line-up for the Round Two clash, which kicks off at 20h35 SAST (19h35 IST) on Saturday at Thomond Park in Limerick.

Veteran prop Brok Harris will earn his 94th DHL Stormers cap in his first appearance for the team since 2014, having made over 100 appearances for the Dragons in between.

Smith joins captain Salmaan Moerat in the second row, while Nama Xaba starts at openside flank in place of the injured Deon Fourie.

Ungerer partners flyhalf Manie Libbok while Dan du Plessis is at centre and Leolin Zas starts on the left wing in the three backline changes.

DHL Stormers Head Coach John Dobson said that his team are determined to rise to the challenge on Saturday.

“These are the sorts of games that every player wants to be involved in, so our players will leave it all out there this weekend.

“We will have to be accurate in our execution in all areas against a good Munster side and we are excited to see what the players coming in can add,” he said.