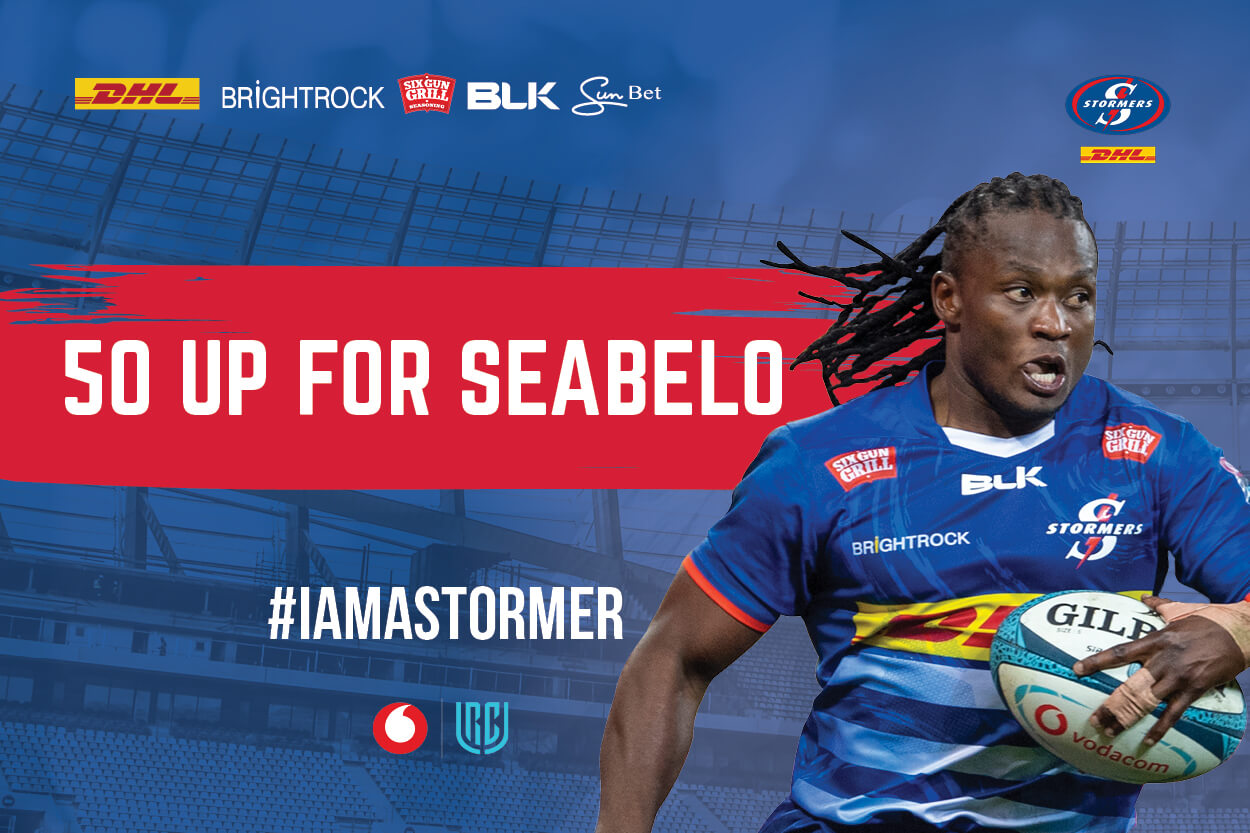 
Seabelo Senatla will play his 50th game for the DHL Stormers in their Vodacom United Rugby Championship semifinal against Ulster at DHL Stadium on Saturday.

There is just one change to the team that defeated Edinburgh in the quarterfinal last week, with Damian Willemse making his return from injury to take his place at inside centre for the knock-out clash which kicks off at 15h00 on Saturday.

There will be a large crowd attending, so spectators are advised to arrive by at least 14h00 to ensure they do not miss any of the action.

Senatla made his DHL Stormers debut in 2014 and has also had a glittering Sevens career, scoring a record 230 tries for the BlitzBoks.

The speedster missed the first four games of the Vodacom United Rugby Championship season due to injury, but is still third on the try-scorers list with nine tries thus far.

He is also one of five DHL Stormers players in the starting line-up for Saturday that were named in the Vodacom United Rugby Championship 2021/22 Dream Team, along with Willemse, Evan Roos, Leolin Zas and Warrick Gelant.

“Seabelo is an incredibly gifted athlete who would have reached this milestone long ago if he wasn’t also one of the greatest Sevens players of all time. He deserves all the plaudits that come his way, he is a true professional and a big part of our success this season.

Dobson said that having Willemse back for the semifinal is a huge boost.

“Damian is another phenomenal player and credit must go to him and the medical staff for getting him ready for this game. He is a world-class performer who would make a difference to any team,” he said.

The DHL Stormers coach added that the team want to make the most of what should be a great occasion at DHL Stadium on Saturday and hopefully make it 10 consecutive victories in the competition to book their place in the final next week.

“We are so glad that we get to play our semifinal in front of our Faithful supporters, it will be a special day and we want to enjoy all of it.

“The team is raring to go out there and play the game we love the way we love to play it,” he said.