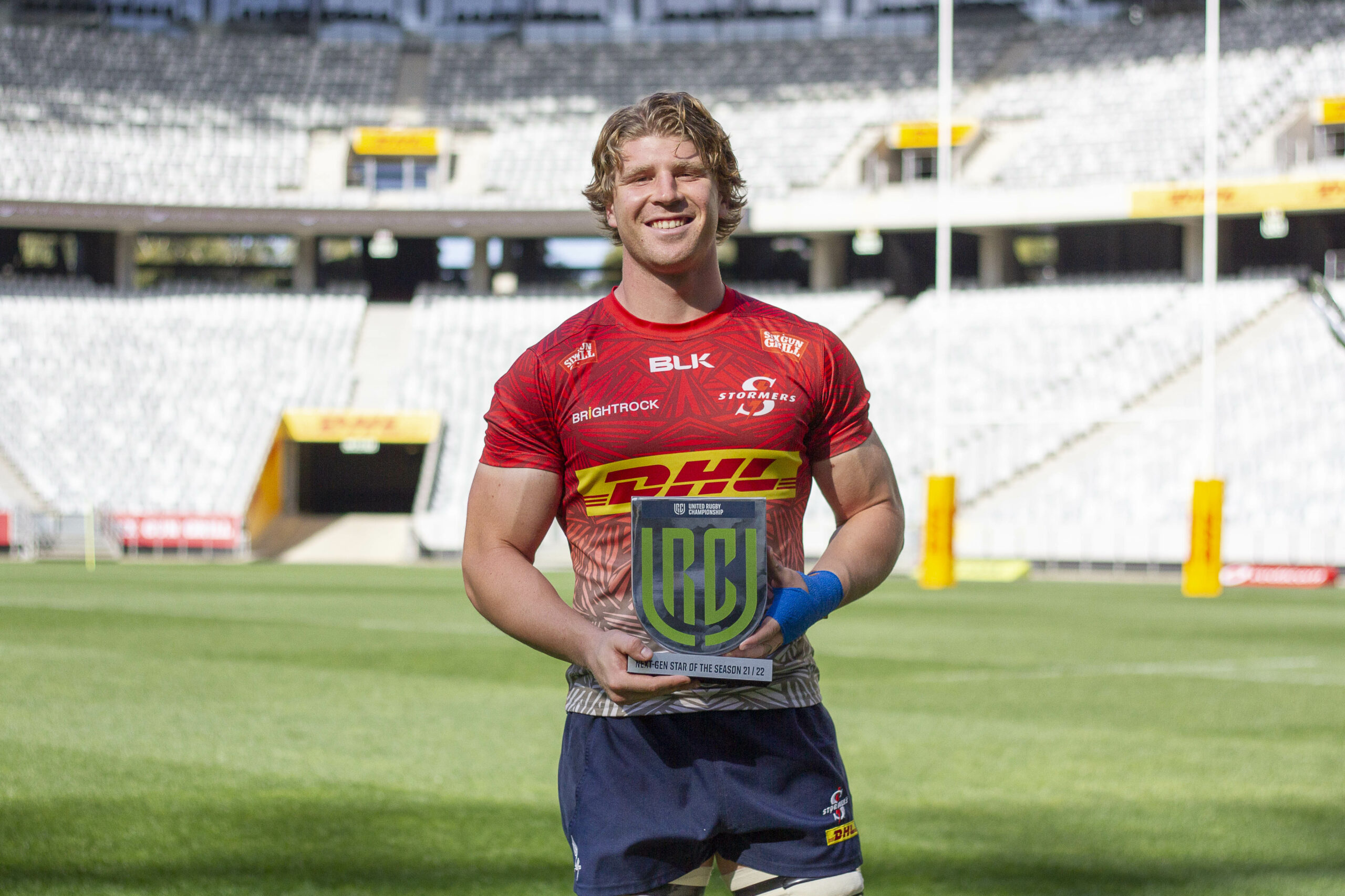 
DHL Stormers No.8 Evan Roos has been named Vodacom United Rugby Championship Next-Gen Star of the Season for 2021/22.

This award is open only to players aged under 23 at the start of the season and who have earned no more than five international caps at that point, with a media panel voting for the winner. Players are also required to have made a minimum of nine URC appearances to qualify.

Roos said that to be recognised in this way is a major honour for him.

“It is a huge honour to get this award, I am so grateful to everyone who has supported me this season. My family is a great source of strength and pride for me and everyone involved in the DHL Stormers set-up has been amazing as well. I am so proud to play for this team and our incredible fans every week,” he said.

Roos, 22, has had a stand-out campaign, proving himself a destructive ball carrier with more successful carries (126) and defenders beaten (49) than any other player in the competition over the 18 rounds.

His performances this term have seen growing calls for him to be given a chance to shine in the Springbok jersey.

He was overlooked for the first of two South Africa alignment camps in April but made himself impossible to ignore with his subsequent displays and was called up for the second last month ahead of the coming home Tests against Wales.

Following a Round 16 win against Glasgow Warriors in which Roos made a match-leading 10 successful carries, beat five defenders and scored a late try, South Africa director of rugby Rassie Erasmus tweeted: “Well done Evan Roos, that’s how you react to disappointment and make sure you can’t be ignored!”

It seems certain Test honours will soon follow for Roos, who carried his regular-season form into the play-offs by putting in a Vodacom URC Man of the Match performance against Edinburgh Rugby in the Final Eight.

Roos was earlier this week named in the URC Dream Team along with four of his DHL Stormers colleagues – Damian Willemse, Leolin Zas, Seabelo Senatla and Warrick Gelant.