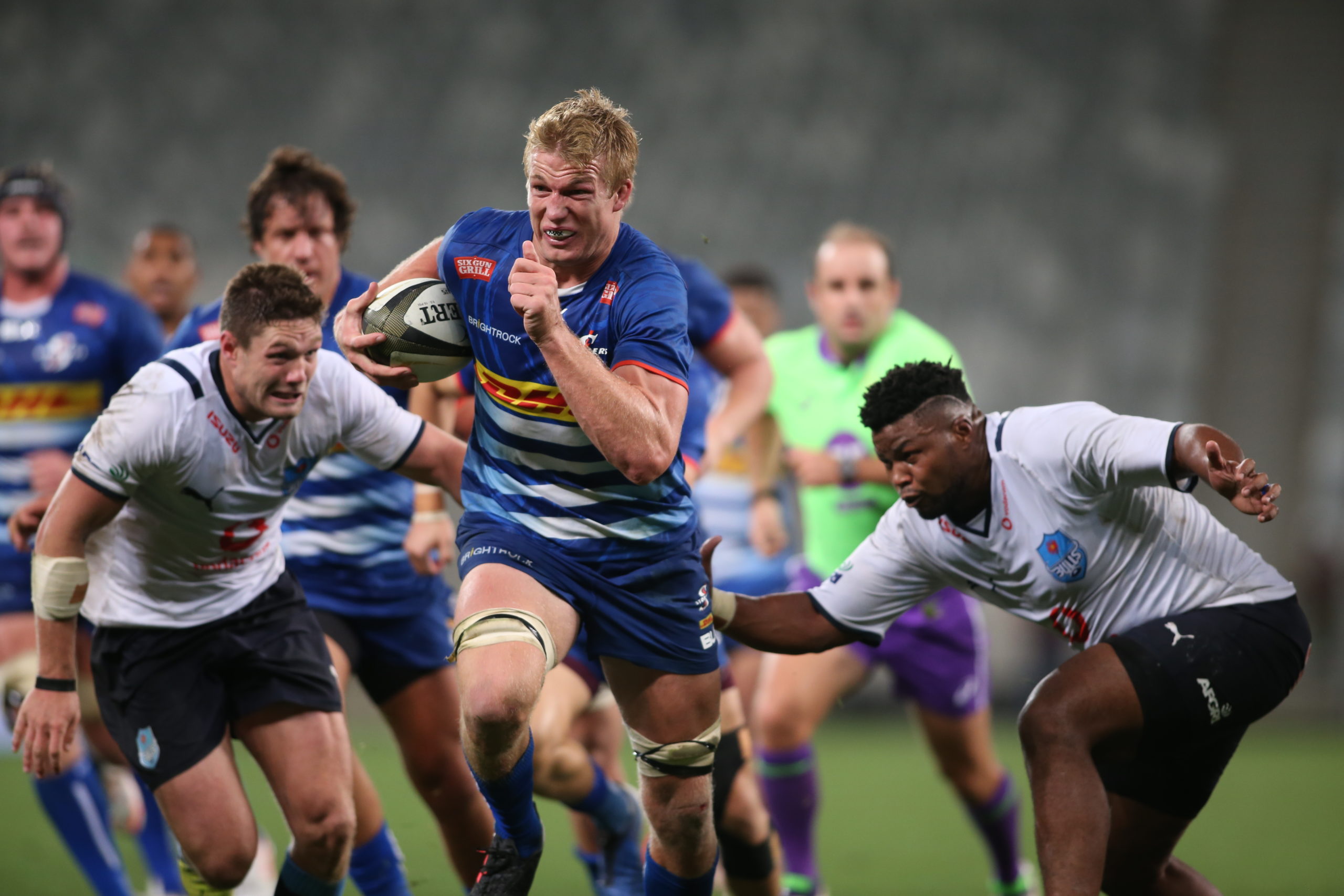 
The DHL Stormers are in Pretoria where they are up against the Vodacom Bulls in a PRO14 Rainbow Cup SA North-South showdown. Follow all of the action live right here.

There are four changes to the DHL Stormers team following the bye last week. Rosko Specman is on loan and comes straight into the starting line-up, while Tim Swiel is at flyhalf on his birthday. In the forward pack David Meihuizen starts at lock and Neethling Fouche gets his first start of the campaign at tighthead prop.

It is a chilly but dry night in Pretoria, but the rivalry between these two teams should warm things up quickly.

0 – Kick-off at Loftus and Edwill van der Merwe wins it back, but the ball is lost forward so the Bulls have the first scrum.

2 – Bulls kick high and win it back, but David Meihuizen forces a knock-on in contact so the DHL Stormers have a scrum this time.

4 – Ball knocked on by Tim Swiel this time so the Bulls have another scrum, but Steven Kitshoff wins a penalty and Swiel can kick for the corner.

6 – Swiel misses touch and the Bulls run it back. They go wide and it is lost forward again so the DHL Stormers have a scrum in their own half.

7 – DHL Stormers string some phases together and win a penalty. Swiel kicks it over to put them 3-0 up.

10 – Great defence knocks the ball loose and it is kicked ahead by Edwill van der Merwe. The DHL Stormers chase with intent and Damian Willemse is there to pick it up and dot down for the try which makes it 10-0.

13 – Damian Willemse comes up hard on defence and is ruled to have knocked the ball down deliberately so he is shown a yellow card. The Vodacom Bulls score from a line-out to cut the DHL Stormers’ lead to 10-7 after 13 mins at Loftus.

15 – Another yellow card for a DHL Stormers player, Rikus Pretorius is the man called for a deliberate knock-down this time after going for an intercept in the 22. Down to 13 but still with a 3-point lead after a busy first 15 mins for the referee.

20 – The Bulls win a string of penalties and look for another try, but the DHL Stormers defence holds out admirably under pressure and they clear the threat.

24 – More great defence from the DHL Stormers, still a man down but they have absorbed everything the Bulls have thrown at them.

27 – DHL Stormers now back to 15, but they are still defending in their own half as the Bulls have another scrum.

30 – The Bulls are awarded another string of penalties and they decide to scrum in front of the poles as they continue to look for another try.

32 – Immense defence for phase after phase from the DHL Stormers. Back to 15 men and they absorb everything the home side throws at them. Marvin Orie is cleaned out around the neck so they can clear as they hang on to their 3-point lead with 8 mins to half-time.

35 – Edwill van der Merwe wins a high ball and some quick hands puts Rikus Pretorius into the 22. The cavalry arrive in support and they show good patience before it goes wide to that man Van der Merwe who steps to score and take the lead out to 17-7.

37 – Bulls have a shot at goal after passing the ball into a retreating Marvin Orie, but Steyn pulls it wide.

40 – Half-time at Loftus Versfeld, two tries and two yellow cards for the DHL Stormers as they take a 17-7 lead into the break. Incredible character on defence and they have made the most of their chances. Big second 40 coming up.

42 – Second half underway and the Bulls push hard as they look for a response, but the DHL Stormers defence continues to hold up well.

45 – A few high balls are won back and from the scrum the DHL Stormers go wide to Specman. His kick ahead goes dead and then Morne Steyn puts it out on the full so the DHL Stormers have it back from a line-out near halfway.

49 – Bulls win a breakdown penalty and kick it into the 22. They set the maul, but great defence from the DHL Stormers forces a knock-on.

51 – DHL Stormers clear it and put pressure on defence, but a late tackle from Willie Engelbrecht means the Bulls have another attacking opportunity. The Bulls maul again and they score this time to reduce the DHL Stormers lead to 17-14 with 30 mins left.

54 – The Bulls come close again, but the ball is lost forward on the tryline, so the DHL Stormers hang on.

58 – Rinse and repeat from the Vodacom Bulls. Another maul try gives them a 21-17 lead heading into the final 20 mins

60 – Great running rugby from the DHL Stormers, they respond to the maul tries with a scorcher out wide. Birthday boy Tim Swiel releases Rosko Specman and gets it back to score. That puts the DHL Stormers 22-21 up.

63 – Bulls score via fullback Kriel, but a captain’s challenge reveals a forward pass. DHL Stormers had collapsed a maul so they remain under pressure in their 22.

65 – Safety first at Loftus as a ‘seatbelt tackle’ from Rosko Specman gives Morne Steyn a shot at goal and he kicks it to put the Vodacom Bulls 24-22 ahead with 15 mins to play in this North-South humdinger.

70 – DHL Stormers show off some slick hands and cool heads in the 22 to work it wide to Edwill van der Merwe who scores the bonus-point try in the corner. That gives them a 27-24 lead heading into the last 10 mins.

74 – DHL Stormers still defending like Trojans and they force the knock-on to win a scrum on halfway. Can they pull off an away win here?

77 – Scrum penalty for the Bulls and the DHL Stormers have to defend to win the game.

80 – The Bulls get the ball over the line with the last movement of the game to claim a dramatic 31-27 win. It was a brave performance from the DHL Stormers who scored four good tries and showed how much playing for this jersey means to them.