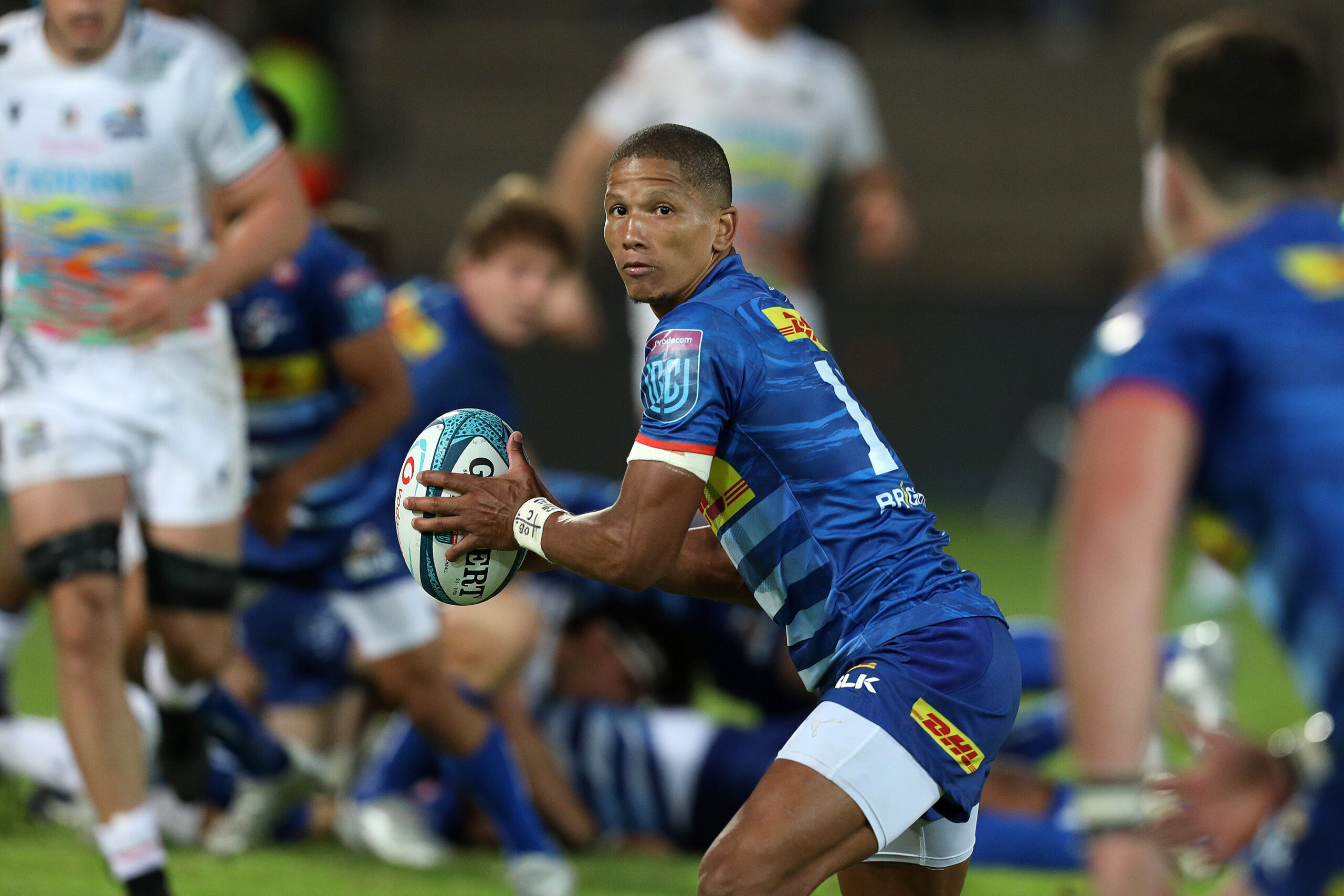 
The DHL Stormers are in Parma where they face Zebre in the first match of their three-week tour. Follow all the action live here with our updates.

A win in Parma today will make it three in a row this season and 14 consecutive victories overall for the defending Vodacom United Rugby Championship winners.

Centre Alapati Leuia is on debut, while there are first starts this season for Sacha Mngomezulu, Herschel Jantjies, Willie Engelbrecht and Adre Smith.

Conditions are good in Parma, so we are set for an exciting, open game of rugby.

0 – We are up and running in Parma as our new away jersey gets its first go.

3 – Penalty at an early scrum and Mngomezulu kicks to the corner.

5 – The forwards stamp their authority early on with a maul try from Junior Pokomela. Sacha Mngomezulu adds the extras no problem to make it 7-0.

7 – Good pressure on defence forces a knock-on and another scrum just outside the 22.

9 – Another scrum penalty and Mngomezulu kicks to the corner again. Zebre steal the line-out and clear it.

12 – Zebre kick high and win it back, bit forced into touch so we come again from halfway. All the territory and possession early on.

14 – Knock-on in the tackle from Zebre so we have a scrum on halfway. Another scrum penalty so Mngomezulu kicks to the corner again.

15 – Zebre not releasing in the tackle this time, and this time Mngomezulu takes the points to make it 10-0.

18 – Kick from Willemse charged down and Zebre get a breakdown penalty so they kick to the corner.

20 – Cross-kick goes straight into touch, so Libbok can clear. Zebre run it back but an attacking kick goes dead.

22 – Water break in Parma, play will restart with a 22 drop-out. Mngomezulu goes off his feet at the breakdown so Zebre have a shot at goal but it goes wide.

25 – Zebre on the attack and a chip kick goes in, but Libok is shoved in the back off the ball so we can clear.

27 – Zebre not rolling away so Libbok kicks up near the 22. Line-out not straight so Zebre get the throw-in.

29 – Vermaak not rolling away this time, so Zebre can kick up to the 22 this time. Zebre throw not straight this time so we take a scrum just outside our 22.

35 – A power maul and they charge into the 22, with Neethling Fouche in full flight as he barges over for a try which belongs to the big men up front. That makes it 17-0.

38 – The home side get their first points with a try from scrumhalf Chris Cook just before the break to make it 17-7.

40 – Half-time in Parma where the DHL Stormers have a 10-point lead at the break.

42 – Second half underway and Zebre get an early penalty to exit their half.

43 – Zebre strike first in the second half with tighthead prop Ion Neculai scoring to bring them back within three.

45 – Zebre knock-on, but we are called for an early shove on our own ball.

47 – Ball won back and taken through phases, but then lost forward at the breakdown.

51 – Pressure on defence translates into more points. The ball is toed ahead and picked up by Sacha Mnogomezulu, who give it to Herschel Jantjies to score.

52 – Dan du Plessis makes a break and gets an offload away, but it is lost forward.

54 – High ball is lost forward by Zebre so we have a scrum outside the 22 as the replacements come on with Du Plessis, Orie, Harris and Xaba all on.

56 – Scrum penalty goes to Zebre so they can clear it. Ball won at the back of the line-out but then lost forward, so Zebre have a scrum.

67 – The place-kicking battle rages on as Sacha Mngomezulu adds three more to make it 30-20.

69 – High ball lost forward by Hartzenberg so Zebre have a scrum about 30 metres out.

71 – Zebre go wide and Davids is up quickly but knocks on in the tackle so the home side have another scrum.

74 – Ball turned over and Willemse puts a great kick into the 22. Zebre get back but have to scramble it into touch.

77 – Great attack as Mngomezulu kicks into the 22. That forces a knock-on and we have a scrum to try and score the bonus point try.

79 – The bonus point try comes in the dying minutes of the match. That’s the third week in a row. It is that man Mngomezulu who stretches to score and then converts to seal the win in Parma.