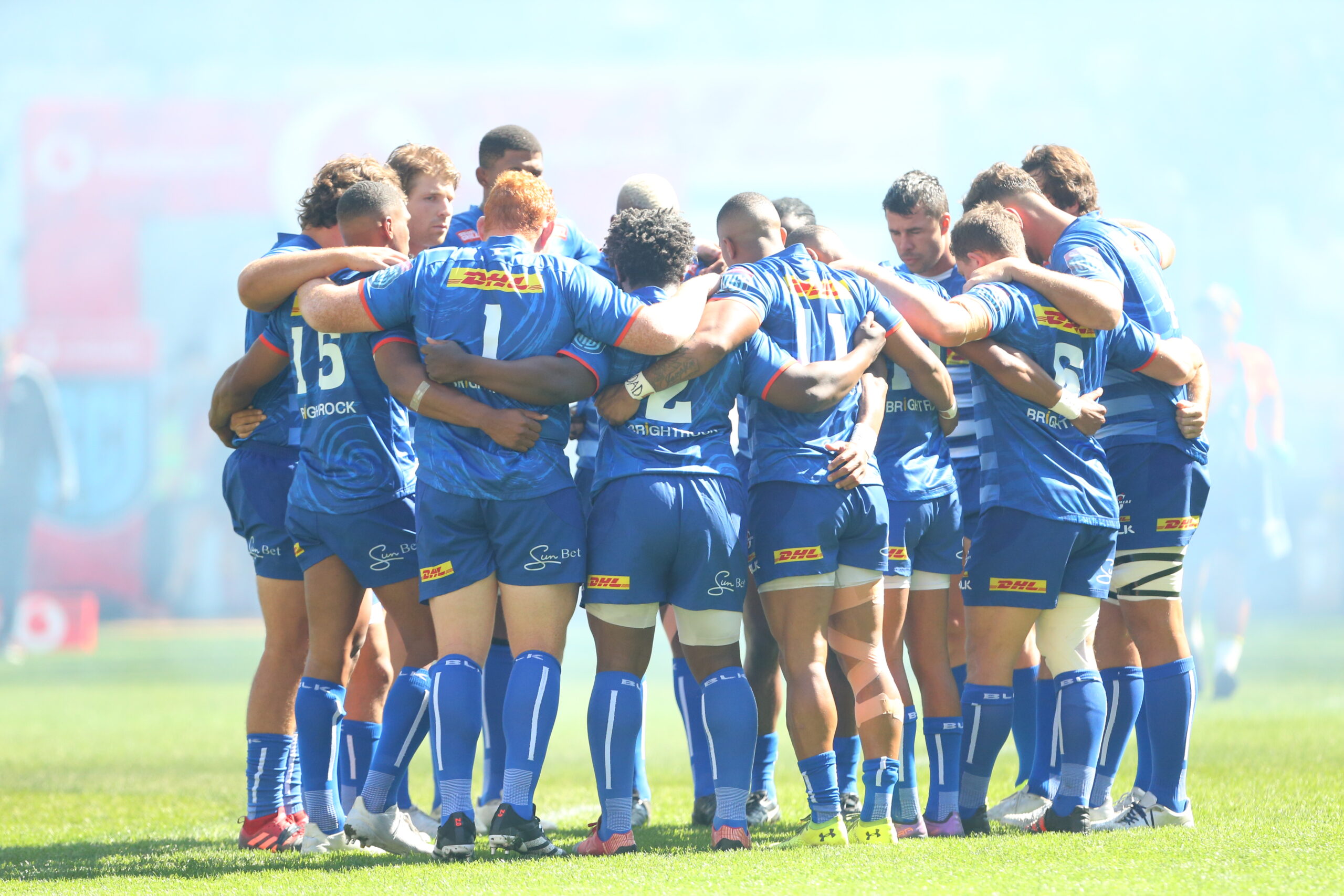 
It is going to be a North-South clash of epic proportions at DHL Stadium today as the DHL Stormers square off with the Vodacom Bulls in a Vodacom United Rugby Championship blockbuster.

There has been a change to the DHL Stormers matchday squad, with Warrick Gelant held back due to a minor thumb injury. Sergeal Petersen takes his place on the replacements bench.

The weather is perfect and the Faithful are in for a treat as the DHL Stormers look to make it six straight home wins in the Vodacom United Rugby Championship.

0 – Kick-off in perfect conditions at DHL Stadium in front of the Faithful as the DHL Stormers take on the Vodacom Bulls.

2 – Both teams kicking for position early on. Deon Fourie makes a turnover, so the DHL Stormers have an early scrum on halfway.

4 – Captain Steven Kitshoff wins a scrum penalty, so Libbok sets up a line-out in the 22.

7 – Bulls steal the line-out and clear it out of the 22. DHL Stormers go to the backline, but the ball is spilled and the Bulls kick long.

9 – Bulls steal another lne-out and then break down the blindside. Damian Willemse charges a kick, but the ref says it was a knock-on, so the Bulls have a scrum on the 22.

12 – Good defence from the DHL Stormers to clear their line. Pressure on the Bulls in their half but a breakdown penalty means the visitors are back on the attack.

14 – Willemse claims a high ball, but the Bulls win a breakdown penalty, so Chris Smith opens the scoring with a penalty.

17 – Tambwe drops a high ball so the DHL Stormers have a scrum on halfway.

19 – Another knock-on on defence from the Bulls, so it’s another scrum, 35 metres out this time.

21 – DHL Stormers take it wide and go into the 22, but Willemse is tackled into touch.

23 – Bulls kick and they run it back, but Roos knocks on in the tackle, so Bulls have a scrum in their own half.

24 – Smith kicks it out on the full, so it is a line-out 30 metres out as DHL Stormers apply more pressure. Fouche goes off his feet, so the Bulls can clear it.

25 – Breakdown penalty for Adre Smith this time so the DHL Stormers opt to kick at goal and Libbok nails it to make it 3-3.

29 – Bulls with a high ball which is marked by Zas and put into touch. High tackle from Nel means that Smith can have another shot at goal, but he pulls it wide.

33 – Bulls take it up and a strong tackle forces a knock, so the DHL Stormers have a scrum just inside their own half. Knocked on at the base, so the Bulls have the scrum reversed.

36 – Bulls try to go wide and a pass flies into touch, so the DHL Stormers have another chance.

38 – Bulls counter and then steal a line-out to take it right up to the tryline, desperate defence from the DHL Stormers holds them up though.

40 – DHL Stormers come from their own tryline and march all the way into the 22 where Hacjivah Dayimani comes up with a moment of magic to step and score. That gives them a 10-3 lead at half-time.

45 – Bulls bashing on the 22 but a strong tackle knocks it loose and Libbok can clear.

47 – Knock-on at the line-out means that the Bulls have a scrum as Frans Malherbe takes the field.

49 – High ball dropped by Senatla and Dayimani plays it so that’s offside. Smith kicks to the corner as the Bulls chase a try.

53 – DHL Stormers go wide and it is knocked on by the Bulls but not deliberate so they have a scrum.

55 – DHL Stormers surge into the 22 where the Bulls give away a penalty in front of the poles and they take the points to make it 13-10.

58 – DHL Stormers attacking with intent and the Bulls go offside this time. Libbok has a shot at goal from just in front of halfway and he puts it over to make it 16-10.

61 – High ball marked by Zas and put into touch, then the lineout is stolen and they go to the backline.

64 – Bulls win a breakdown penalty on the 22 this time, so they can clear the threat.

67 – Bulls win a maul penalty and set up a line-out on the 22. Good defence again forces a knock-on and the DHL Stormers can break and kick long.

69 – It goes out and the Bulls maul and then kick. The DHL Stormers win the high ball and Dayimani makes a great run to put them back on the front foot.

71 – They have it in the 22 and Willemse drops back to put over a drop-goal and give them a crucial 9-point lead.

73 – Lock Ruan Nortje looks to have scored for the Vodacom Bulls, but it was lost forward. Hacjivah Dayimani is shown a yellow for a high tackle. Last few minutes are going to be tense.

77 – Kicking battle now as the DHL Stormers look to keep the Bulls pinned back.

80- Unbelievable scenes at DHL Stadium where the DHL Stormers have held on for a hard-fought 19-17 win in the North-South showdown.