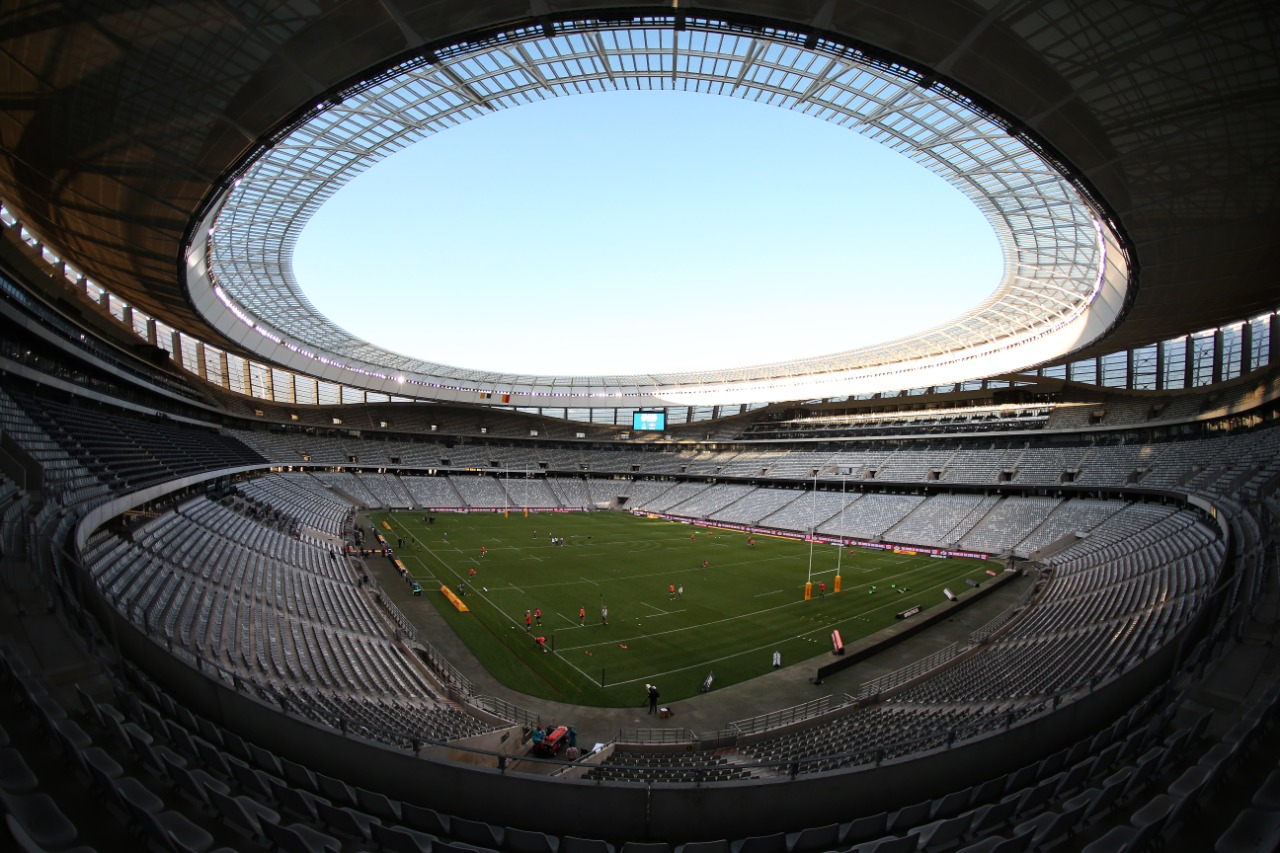 
The first North-South clash in the PRO14 Rainbow Cup SA as the DHL Stormers host the Vodacom Bulls at Cape Town Stadium. Conditions are good so we should be set for another classic between these two teams.

0 Kick-off and the DHL Stormers win the ball back early and pile on the pressure in the Bulls 22, but they go off their feet so the visitors can clear it.

5 – DHL Stormers go straight back on the attack as the Bulls are forced to defend again. The teams excahnge kicks so DHL Stormers have the first line-out in their own half.

8 – Huge physicality and intensity from both teams as they fly into one another. A line-out goes stray so the Bulls have the first scrum just outside their 22.

10 – Bulls win a penalty at the scrum and set up an attacking line-out just outside the 22. Hands in the ruck this time so Morne Steyn takes aim at the poles but he pulls it wide.

14 – This time the DHL Stormers are awarded a scrum penalty and they set up an attacking line-out outside the 22.

16 – Quick tap from Godlen Masimla and he is brought down quickly but they play on. The Vodacom Bulls go wide to Madosh Tambwe who comes from his own half to score the first try.

19 – A line-out goes astray and there is a cross-kick from Steyn for Tambwe, but he loses it forward so the DHL have a scrum in their 22. Another scrum penalty from captain Steven Kitshoff, so the DHL Stormers are on the attack again.

22 – A penalty at the maul and another line-out in the 22 this time. They go wide and get close to the line but Marvin Orie loses it forward in the tackle.

24 – Another scrum penalty, this time on the Bulls’ ball, so they have a great opportunity to score from the line-out.

26 – They set the maul and then go through the phases. Evan Roos is brought down just short but not held, so he gets up to score the try and level the scores at 7-7.

28 – A great kick into the 22 is followed by a great chase. That man Pieter-Steph du Toit makes the tackle and the DHL Stormers win a penalty which gives Abner van Reenen a shot at goal to take a 10-7 lead.

33 – Another scrum penalty from the DHL Stormers and they move towards the 22 again looking for more points.

36 – Captain’s challenge from the Bulls and DHL Stormers captain Steven Kitshoff is shown a yellow card after Morne Steyn tried to tackle him and he connected with his shoulder.

38 – The Bulls are blown up for obstruction in the 22, so the DHL Stormers can clear it.

40 – A second try from Tambwe after the hooter gives the visitors a 14-10 lead at the half-time break. Big second 40 coming up at Cape Town Stadium.

46 – The Bulls come again and make it into the 22, but a knock-on is forced, so it is cleared from the scrum.

50 – Breakdown penalty for the DHL Stormers this time, so they have a chance from a line-out on the 22.

52 – Great maul and the forwards pile in as they come within ionches of the line. Bulls blown up so they maul again. The kick from Van Reenen goes dead so the Bulls clear from the 22.

55 – Breakdown penalty for the Bulls this time. Steyn takes aim at the poles and makes it 17-10.

60 – The DHL Stormers keep hammering away and are rewarded as Van Reenen slots a penalty to make it 17-13.

65 – Another penalty from Steyn and Van Reenen responds with one of his own as the teams trade penalties. It is 20-16 to the Bulls and this game could still go either way.

70 – Bulls replacement Nizaam Carr is shown a yellow card for a high tackle so the visitors will play the rest of the game with 14 men. The DHL Stormers kick it into the corner as they look to capitalise.

74 – They maul and then go wide to Edwill van der Merwe. They come up short but had advantage. The Bulls win the line-out but dot down in-goal so the DHL Stormers have a 5 metre scrum.

77 – The Bulls win it back and clear it, so the DHL Stormers will get another chance to come from the 22.

79 – The Bulls win it back again and clear it and the DHL Stormers go wide but it is lost forward so the visitors have a scrum on halfway.

80 – One last chance, but the line-out is lost and the DHL Stormers go down 20-16 in another nailbiter.