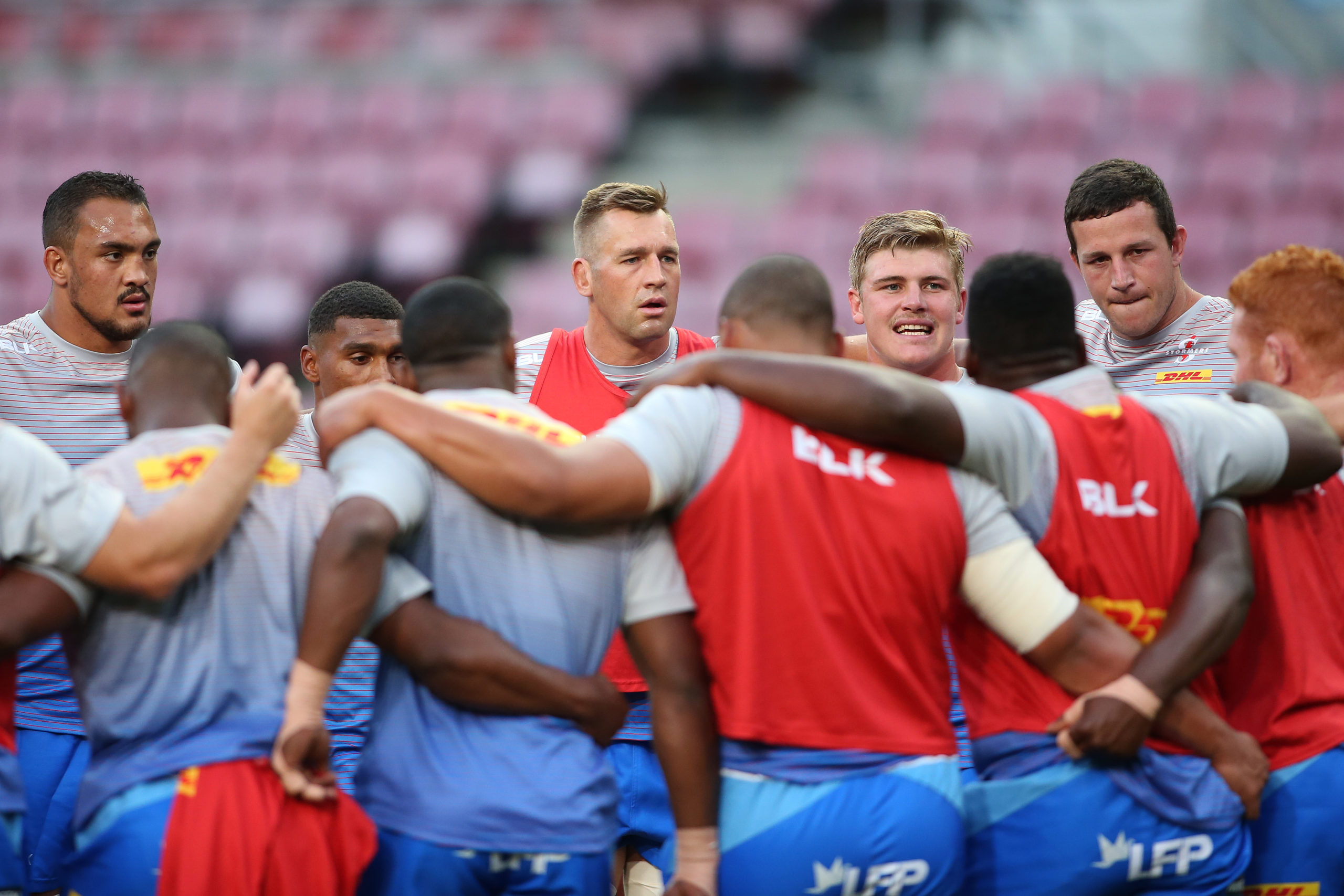 
The DHL Stormers are looking for their third win in Vodacom Super Rugby Unlocked as they take on Tafel Lager Griquas in Kimberley. Captain Steven Kitshoff will be playing his 100th game for the DHL Stormers and will be leading from the front as they aim to return to winning ways following their first defeat of the campaign last week.

16h15: It is clear and sunny but quite windy in Kimberley, which should make things quite interesting out there. Both teams are warming up for what should be a tough match.

16h20: There are five changes to the DHL Stormers’ starting line-up from last week, with the likes of Neethling Fouche, David Meihuizen, Marcel Theunissen, Paul de Wet and Angelo Davids looking to make the most of their opportunity.

16h28 – Captain Steven Kitshoff leads the DHL Stormers out in his 100th game and his team will be looking to mark the occasion with a convincing performance against the Tafel Lager Griquas in Kimberley today.

0 – Kick-off in Kimberley and the DHL Stormers pin the Griquas in their own half immediately.

2 – Both teams make some early linebreaks, with Neethling Fouche going through a gap in midfield, but play breaks down. Edwill van der Merwe off early with an injury, so Ruhan Nel comes on to replace him.

6 – DHL Stormers playing with real purpose early on as they take the ball into the opposition 22 with energy. Forwards and backs getting involved, but Griquas win a turnover penalty in front of the poles.

9 – DHL Stormers playing with real purpose as they surge into the 22 after stealing a line-out. A dummy from Warrick Gelant then good hands from Ruhan Nel who gives it to Ernst van Rhyn to go over for the first try to put them 5-0 up after 9 mins in Kimberley.

12 – DHL Stormers blown up at scrum-time and Tafel Lager Griquas flyhalf Tinus de Beer gets his team on the scoreboard with a penalty to reduce the DHL Stormers’ lead to 5-3.

16 – DHL Stormers get back on the front foot quickly, a few driving mauls and they win a penalty on the 22. Damian Willemse steps up to kick it over and that takes the lead out to 8-3.

20 – Griquas get an attacking scrum and have a go, but the ball is ripped away by Damian Willemse and then cleared by Warrick Gelant. Teams have a water break in the sweltering heat.

25 – DHL Stormers keep applying the pressure. A great run from scrumhalf Paul de Wet, who links up with Ruhan Nel, but the ball is lost just short of the line. Another great backline move puts Angelo Davids in space, but he is also brought down just short.

35 – The DHL Stormers keep coming, winning a scrum penalty and then surging into the 22. Warrick Gelant is having a blinder and he puts Neethling Fouche over for a try, which takes the lead out to 15-3.

40 – Half-time in Kimberley where the DHL Stormers have been dominant in the opening 40 mins, scoring two unanswered tries to take a 15-3 lead into the break against Tafel Lager Griquas.

41 – The Griquas start the secomd half with their second penalty after Juarno Augustus is blown up for one roll too many. That cuts DHL Stormers’ lead to 15-6.

47 – Great defensive pressure from the DHL Stormers and they get the reward. A loose ball is hacked ahead and Angelo Davids gets there first to step and score in the corner on debut. That takes the lead out to 20-6.

53 – The DHL Stormers turning on the style now, they send it wide and a quick offload from the ground from Juarno Augustus sees Rikus Pretorius break free. He finds centre partner Dan du Plessis who scores the fourth try to make it 27-6.

66 – The DHL Stormers come from their own half this time, great work on defence and a quick transition to attack. It goes out to Angelo Davids who find Augustus in support and there is not stopping Trokkie from there. Fifth try makes it 32-6.

71 – A couple of powerful mauls and then it goes out wide to the backline where Damian Willemse pops up to step over for the sixth try. That takes the lead out to 39-6.

80 – Full-time in Kimberley where the DHL Stormers have scored six unanswered tries to claim a 39-6 victory against Tafel Lager Griquas which takes them to second place on the Vodacom #SuperRugbyUnlocked standings.