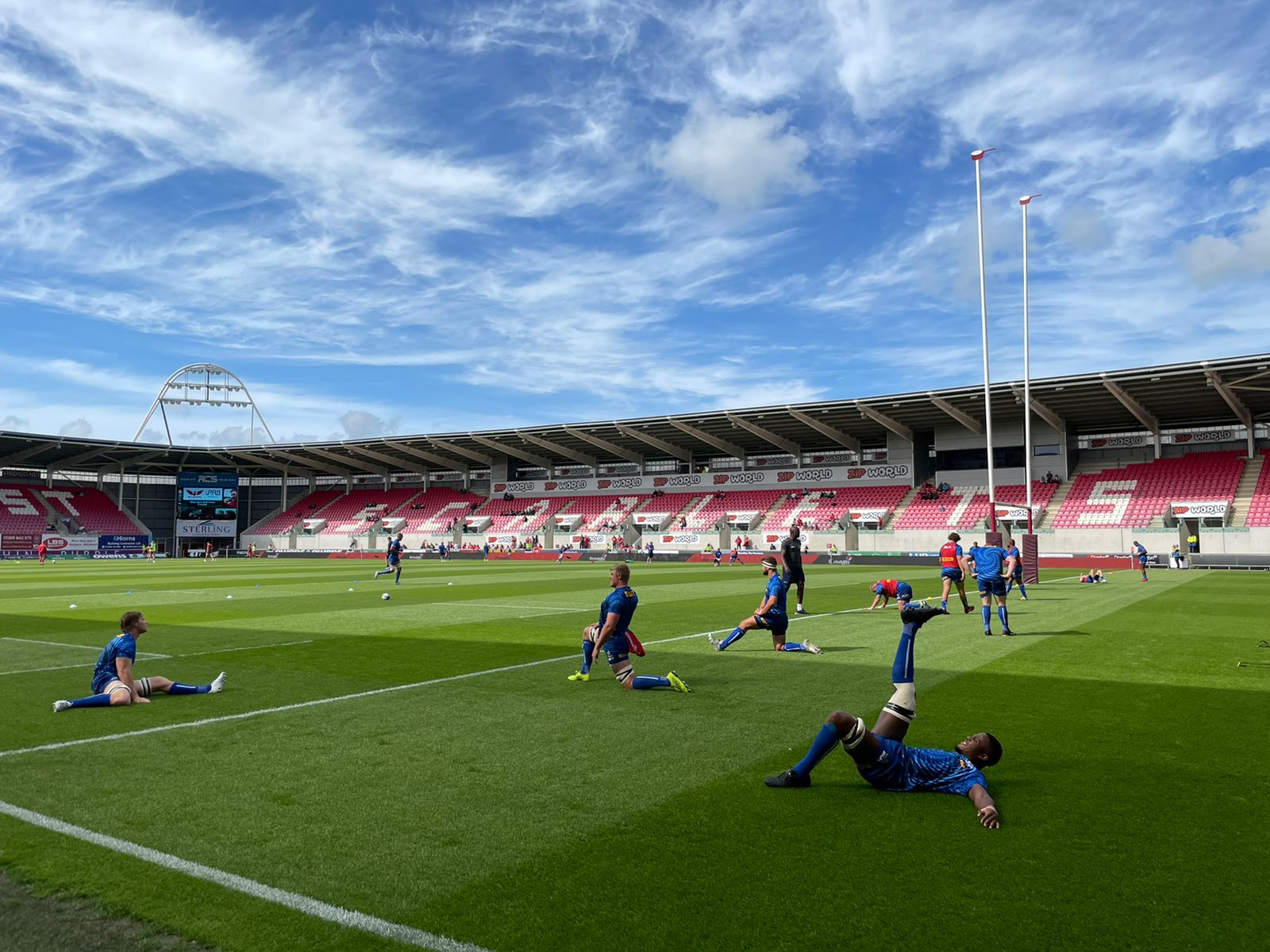 
The DHL Stormers are in Llanelli in Wales for their final match of the Vodacom United Rugby Championship regular season against Scarlets.

A win today will see the DHL Stormers claim the South African Shield and book a home quarterfinal at DHL Stadium, so there is all to play for ahead of the play-offs.

Conditions are good at Parc y Scarlets, so we should be in for a good game between two teams with plenty of motivation. The Scarlets are looking to top the Welsh Shield in what is their final game of the season.

0 – Kick-off at Parc y Scarlets. Plenty on the line in this one and our team will be giving it their all for the next 80 minutes.

2 – Both teams kick early looking for territory. DHL Stormers caught in the 22 but manage to clear it.

3 – Breakdown penalty goes against the DHL Stormers so Costelow has a shot at goal and puts the home side 3-0 up.

5 – Willemse kicks a grubber out in the 22. Scarlets win a penalty from the line-out and clear.

7 – First try goes to the home side as inside centre Johnny Williams scores from a set play to take Scarlets into double figures at 10-0.

9 – Scarlets knock on from the restart but Ungerer knocks on at the base of the scrum.

12 – Scarlets clear and DHL Stormers run it back. Williams tries an intercept and loses it forward, so we have a scrum in our 22.

14 – They come from a scrum in their 22 and make metres with every carry until Hacjivah Dayimani finds some space on the shortside and gets it away to Leolin Zas for his 11th try of the season to make it 10-7.

16 – Another breakdown penalty and three more points for the home team to make it 13-7.

19 – Anther break from deep and it is Dayimani who finds space again. He kicks ahead and Scarelts scramble it away.

25 – Scarlets take it into the 22 but lose it forward so DHL Stormers have a scrum.

27 – Another breakdown penalty and it is three more points for the Scarlets to make it 16-7.

29 – Scarlts on the attack again. High ball is knocked on, so it is another defensive scrum for the DHL Stormers.

34 – Another maul, another penalty and this time it is a warning for the Scarlets. Ball shoots out loose and Scarlets hack it away.

38 – They go wide and Zas takes it deep into the 22. Scarlets turn it over and clear it to touch.

39 – They keep knocking and eventually the pressure proves too much for the Scarlets defence as Evan Roos bursts through for the second try.

40 – Half-time at Parc y Scarlets where we have scored two good tries and trail by just two points. Big second half coming up, this is still anyone’s game with a lot on the line in the second 40.

42 – Good restart as Scarlets clear to touch and DHL Stormers maul into the 22. They go to the backline and Ruhan Nel glides through for the try to put us 21-16 up.

47 – DHL Stormers on the attack in the 22, but it is lost forward at the breakdown.

51 – Scarlets move into the 22 with a penalty, but the line-out is stolen and the DHL Stormers break out.

53 – Gelant puts a kick out on the full, so the Scarlets have an attacking opportunity again. Orie steals another line-out though.

55 – Strong maul from Scarlets this time. They go into the 22 and grubber. Gelant is there and Senatla scrambles it into touch.

57 – Scarlets on the attack and a crucial turnover from Deon Fourie means we can clear the threat.

59 – Deon Fourie shown a yellow card for a tackle that was called dangerous by the TMO. Great scramble defence as Senatla tackles into touch.

62 – Skew line-out, but they then win a scrum penalty while down to 7 forwards, so Libbok kicks to touch.

64 – Lost forward in contact by Scarlets, so we have a scrum as the time down to 14 ticks down.

66 – Intercept from both teams and DHL Stormers are back in their 22. Ungerer kicks from the base and finds touch.

68 – Turnover from a maul from Venter and Libbok kicks long. Scarlets run it back and it is time to defend with all we have. Scarlets awarded a penalty and kick to the corner.

72 – Scarlets run phase after phase in the 22 and eventually go wide to wing Ryan Conbeer who scores in the corner to draw the game level at 21-21 in the last 10 minutes.

74 – DHL Stormers steam into the 22 as they look for the winning try. Libbok puts a grubber into touch as they keep the pressure on.

76 – DHL Stormers win it and run at the 22, but lost forward in the tackle. Scrum penalty for the Scarlets so they clear to halfway.

77 – Great defence knocks the ball loose and they will have one last chance to win it from the scrum.

80 – Ruhan Nel scores with time up on the clock. That is the bonus point win which sees the DHL Stormers win the South African Shield and secure a home quarterfinal at DHL Stadium.