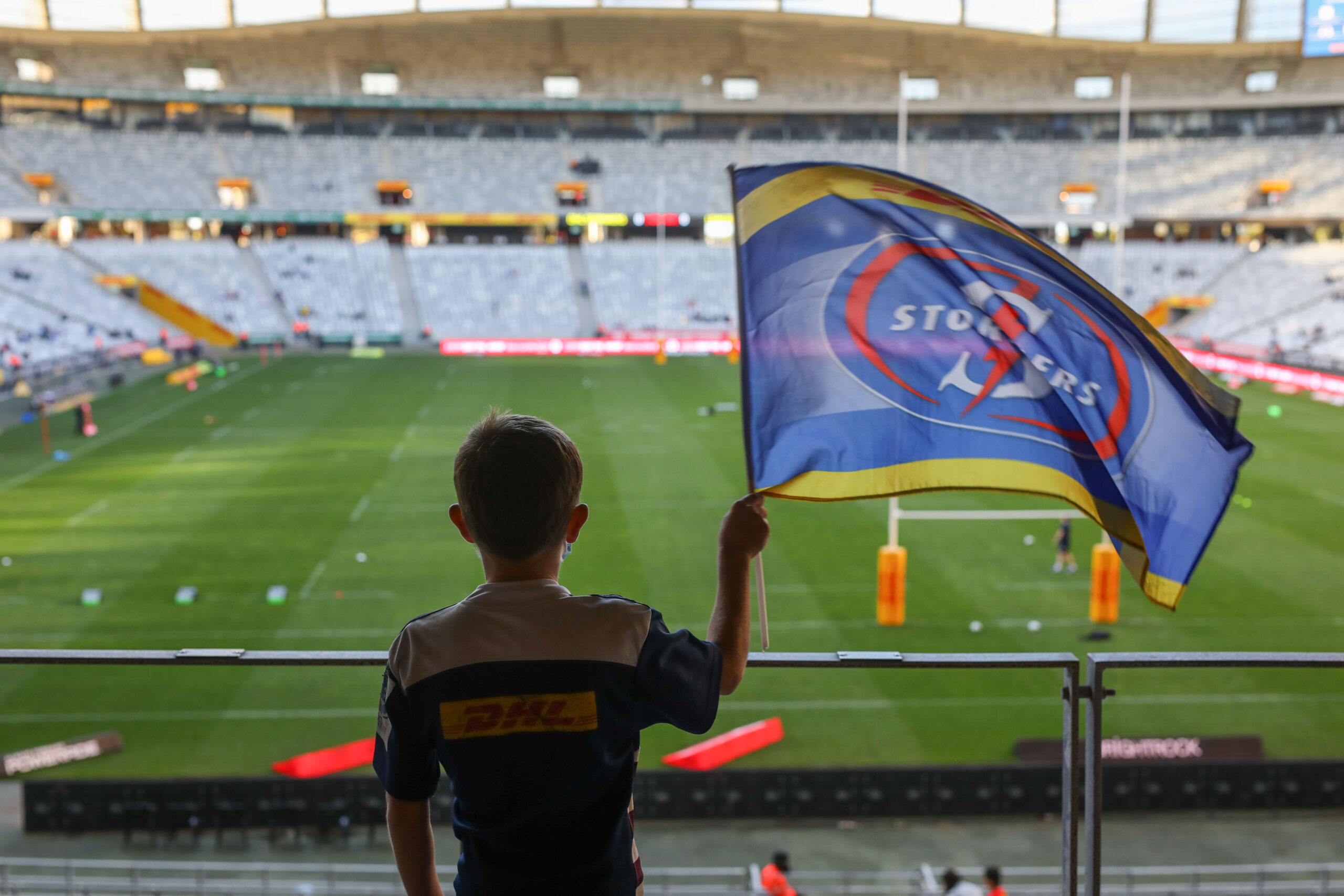 
The DHL Stormers are looking for their eighth consecutive home win when they face log-leaders Leinster in a Vodacom United Rugby Championship blockbuster at DHL Stadium tonight.

Herschel Jantjies has not recovered in time from a hand injury so Paul de Wet will start at scrumhalf, with Godlen Masimla on the bench.

The Faithful are here in their numbers and we are set for a cracker. Good conditions for rugby at DHL Stadium.

0 – Kick-off claimed by the DHL Stormers and Damian Willemse makes an early break up the left. They go through for the try, but it is disallowed by the TMO.

3 – DHL Stormer penalised and Leinster kick into the corner, but defence comes up trumps and they win the breakdown penalty to clear it.

6 – Both teams kicking for position but Leinster put it out on the full so DHL Stormers have it on halfway.

9 – They go into the 22, but Evan Roos is hit hard and loses it forward, so Leinster have the first scrum.

13 – Breakdown penalty in front of the poles and Manie Libbok puts it over to open the scoring. 3-0.

16 – Leinster with the penalty in front of the poles this time and they level it up at 3-3 at DHL Stadium.

19 – Another penalty from Leinster flyhalf Frawley gives them a 6-3 lead.

22 – Chargedown in the 22. DHL Stormers launch a maul and win a penalty so Libbok kicks out in the 22.

25 – Leinster steal the line-out and then win a penalty to clear it. Senatla blown up for an early tackle, so Leinster kick into the corner.

27 – DHL Stormers awarded a penalty at the maul so they can clear up to halfway.

31 – Leinster steal the line-out this time and clear it. DHL Stormers defuse the maul and win a scrum in their own half. Big scrum wins a penalty.

35 – They maul and pressure on de Wet. Leinster manage to hack a loose ball downfield and move into the 22 where Gelant loses it forward so the visitors have a scrum.

37 – Another scrum penalty so Libbok clears up to halfway. They go down the backline but it is lost forward by Gelant. Leinster run it back then kick but it is out on the full.

42 – DHL Stormers get on the front foot early in the second half and win a penalty in the 22.

43 – They maul and Leinster hooker is shown a yellow card. Kitsie chooses to scrum to apply the pressure on their pack.

45 – It goes wide and Warrick Gelant scores in the corner to give the DHL Stormers the lead.

47 – Loose ball picked up by Libbok and he gets it away to Senatla. The wing looks to have scored in the corner and it goes up to the TMO who rules he put a foot out.

49 – Hacjivah Dayimani over the tryline this time but he is held up. They come back for a penalty in front of the poles and they opt to scrum again.

52 – They win a scum penalty and play with advantage. Good defence from Leinster but they come back for another scrum.

54 – There is no denying Seabelo Senatla this time as we turn our dominance into more points to stretch the lead to 13-6.

58 – Leinster break out of their half and win a penalty so they kick into the corner.

62 – High ball won by Willemse and Senatla goes into the 22. Cross-kick from Gelant but Leinster are there and scramble it away.

65 – DHL Stormers go into the corner as they look for a third try.

66 – A powerful maul and they have momentum before it is pulled down. Referee runs under the poles and awards a penalty try to put us back in the lead.

68 – Leinster on the attack, but a breakdown penalty means the DHL Stormers can clear as they look for a bonus point try.

70 – Great kick by De Wet into the 22 puts the pressure back on Leinster.

75 – Leinster manage to get it away and go up to the 22. A kick goes dead so the DHL Stormers have a scrum and win a penalty.

78 – Leinster kick out just short of the 22 and they have one more chance to draw the game. Line-out stolen and the DHL Stormers kick up to halfway.

80 – Game over at DHL Stadium, that is eight straight home wins for the DHL Stormers.