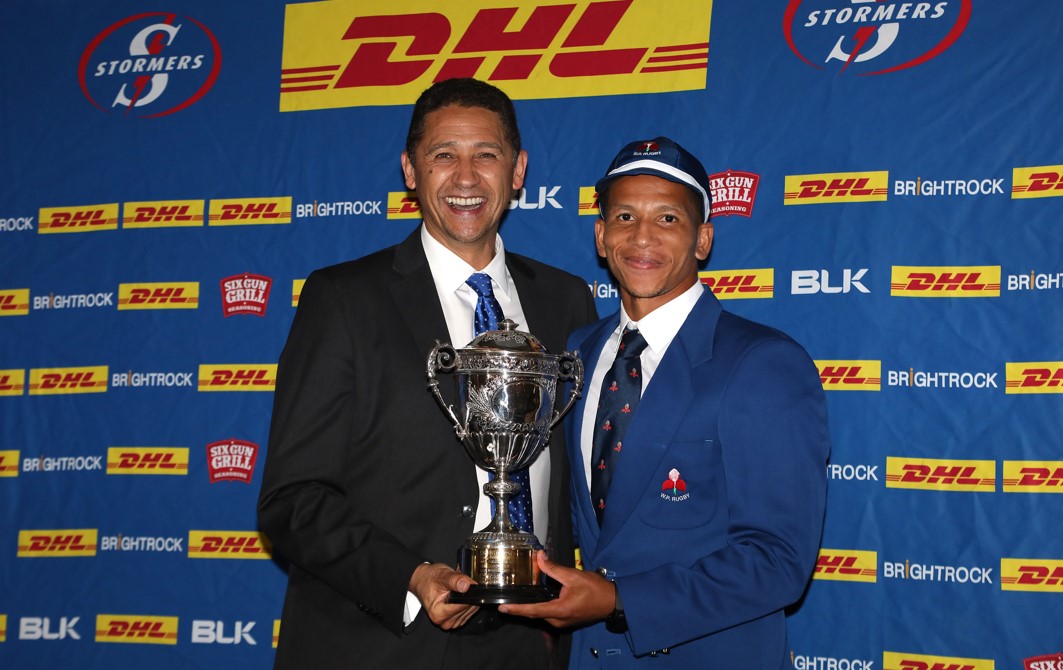 Both players have been called up to the Springbok training squad this week, along with Breakthrough Player of the Year Sacha Mngomezulu and five more of their DHL Stormers teammates.

The awards evening marked the end of the Western Province Rugby Football Union (WPRFU) club rugby season and featured a host of awards for the various leagues and levels of the game.

Libbok and Roos were pivotal to the DHL Stormers’ claiming the inaugural Vodacom United Rugby Championship title, with Libbok ending the campaign as the top points-scorer and Roos voted the Players’ Player of the tournament as well. The 20-year-old Mngomezulu made his DHL Stormers debut in the quarterfinal against Edinburgh and featured in the matchday squad for all three play-off matches at DHL Stadium.

Libbok kicked a crucial drop-goal and Roos scored a try in the Grand Final, to cap off a season which saw both make important contributions regularly as the DHL Stormers took the title.

The DHL WP Women’s Player of the Year went to loose forward Sinazo Mcatshulwa, with Aimee Barrett-Theron recognised as the Referee of the Year.

Damian Willemse received the BrightRock Needs-matched Award, for the player who puts the team ahead of himself and does the things that people don’t see, while Ernst van Rhyn took the Beyond Rugby Award powered by SunBet for leadership on the field, off the field, outreach and representation of the DHL Stormers brand.

Stalwarts Frans Malherbe, Steven Kitshoff, Brok Harris, Deon Fourie and Juan de Jongh were all honoured with special caps for making over 100 appearances for the DHL Stormers over the years.

DHL Stormers Head Coach John Dobson said it was great to recognise the stand-out performers at all levels of the game.

“We have an incredible rugby system and it was wonderful to see guys like Manie and Evan recognised for their important contributions to the DHL Stormers successful campaign, along with all of the other winners.

“The strength of our clubs, schools, women’s rugby and referees is a major point of pride and this whole environment plays a big role in the performance of our DHL Stormers.

“It was fantastic to celebrate what has been achieved in the last year and we are looking forward to building on this in the future,’ he said.