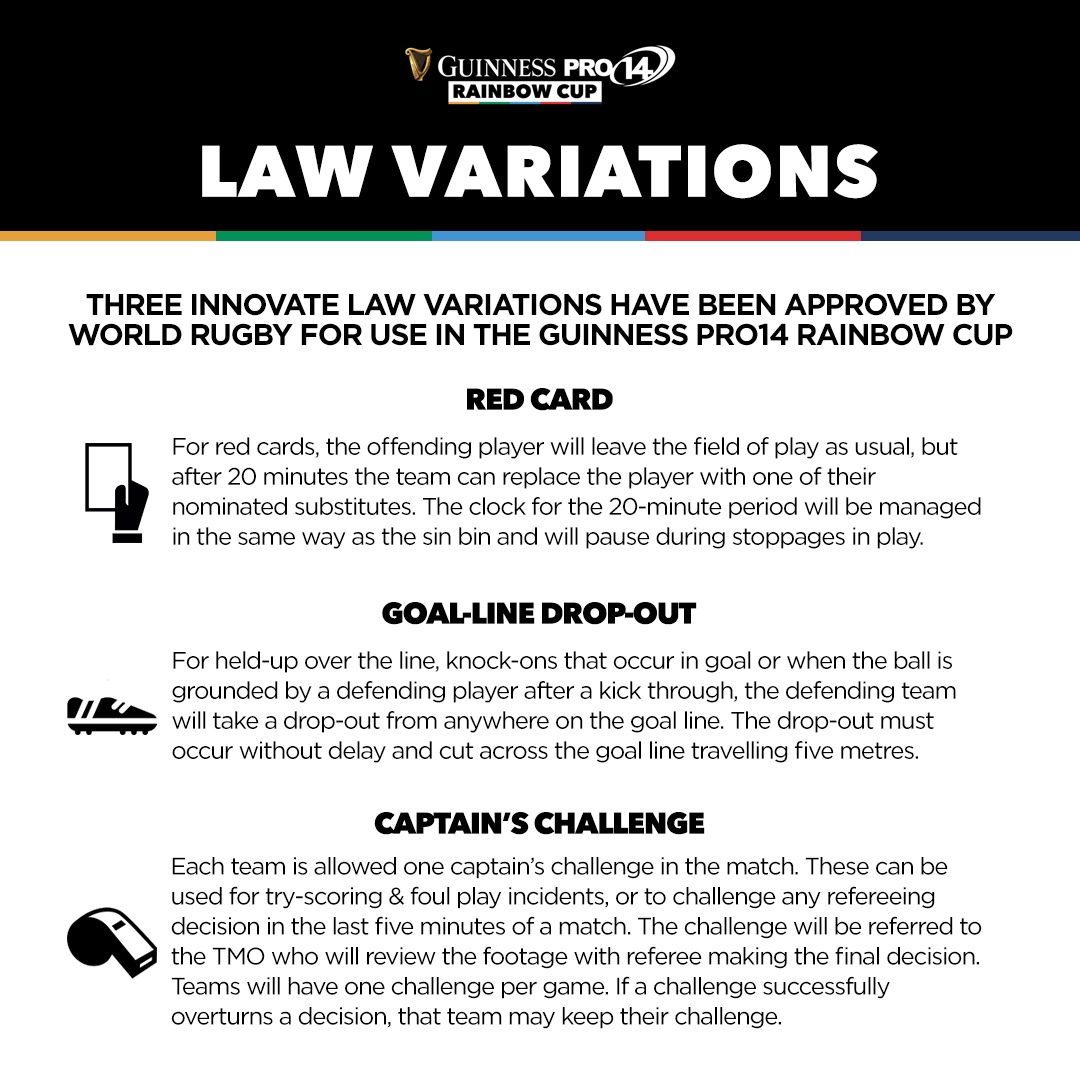 
The opening PRO14 Rainbow Cup SA match between the DHL Stormers and the Cell C Sharks at Cape Town Stadium saw the three innovative law variations in action for the first time.

The DHL Stormers had two players – Seabelo Senatla and Willie Engelbrecht – shown red cards and both players were replaced after 20 minutes according to the red card replacement law. Senatla was shown a straight red card early in the match for colliding with another player in the air, while Engelbrecht was shown two yellow cards for separate high tackles. The new law trial meant that the DHL Stormers were reduced to 13 men at one stage in the first half, but finished the game with a full complement of 15 players.

The captain’s challenge law was used effectively by the DHL Stormers as well, with Ernst van Rhyn challenging an on-field decision in the second half and having a penalty overturned at a crucial point in the game.

Here below are the full explanations of the new law variations in the PRO14 Rainbow Cup SA.

TMO’s will be able to go back to the last stoppage in play, regardless of how many phases have been played
Foul play challenges can be made after any stoppage in play if the captain believes foul play has been missed by the match officials
Captains must reference ‘specific’ incidents or infringements
Footage must be ‘clear and obvious’ for a challenge to be upheld
Captains cannot refer a scrum or lineout penalty, where the referee’s decision will be final
For the avoidance of doubt, there is no extra challenge available after 75 minutes. Teams receive one challenge per match and will only retain it if they are successful in a previous challenge.

A restart in play has happened including a quick tap or quick throw-in has been taken, so the team has chosen to play quickly
Non-decisions – where a referee does not blow their whistle for a decision and play continues (unless there is foul play)
Set-piece decisions cannot be challenged because they are technical decisions that could provide multiple outcomes based on the interpretations of players and referees