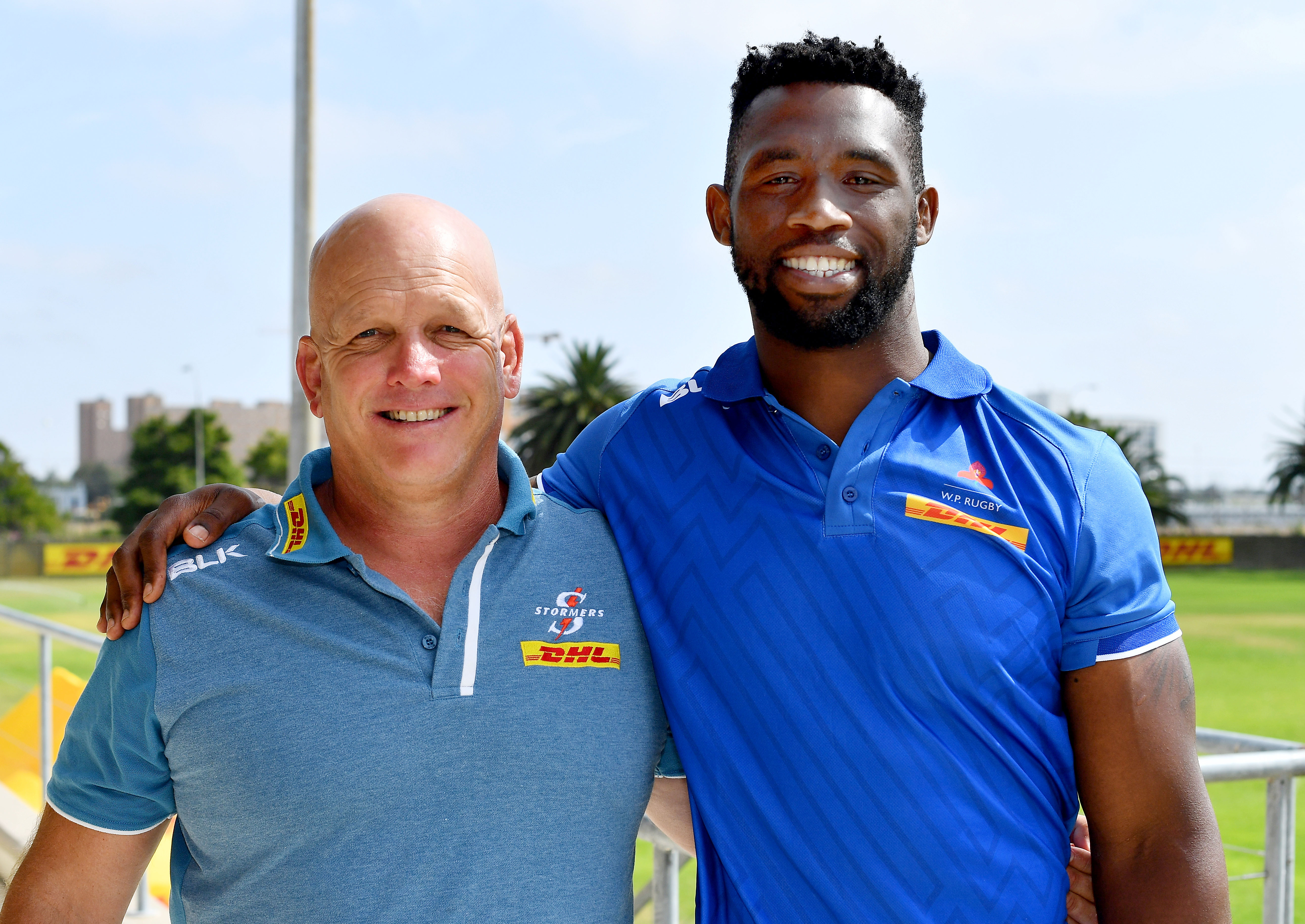 
Captain Siya Kolisi says that the DHL Stormers will be going all-out to make the final season at DHL Newlands a memorable one for the Faithful.

He is joined by six fellow World Cup-winners in the DHL Stormers squad, which he believes shows how much faith the players have in the vision of the new management team, led by Head Coach John Dobson.

“It is really great to be playing rugby and back in my routine. I have enjoyed meeting some of the new guys and the awesome thing is that a lot of the guys stayed at the union, that is one of the big positives for us as a group.

“It just shows how much we love the union and back the new coaching staff,” he said.

The players and management are all determined to make the final season at DHL Newlands one to remember for the Faithful, who have supported the team so loyally over the years.

“It is an emotional year for all of us as players and the DHL Faithful who have been supporting us year-in and year-out.

“With the squad and the coaching staff we have, we are really excited and we hope that people will come out and make this a year of celebration not only on the field but off the field as well.

“We want to give something to the people so that they can say, throughout the challenges of the last couple of years this last year at DHL Newlands was really amazing,” said Kolisi.

In terms of what the Faithful can expect from the DHL Stormers on the field, Kolisi says that his team will play to their strengths and make the most of their powerful forwards and skilful backs.

“We are known as a team that has played with flair for the last couple of years. We have got exciting backs and in our pack a lot of guys have played for the Springboks.

“The most important thing is to win games, it doesn’t matter how ugly it is. We want to make sure that we play rugby that people want to watch, but we are going to be smart about it at the same time,” he said.

For Kolisi, the hard work has already started as the team seek to make it a fairytale ending at DHL Newlands.

“My main focus now is to make sure I give everything I can to Dobbo now so I can get picked every week. Hopefully it inspires the next generation to know that you’ve got to do the hard yards.”

“The biggest thing is hard work and the only thing I can tell you is that we need to keep working hard, on and off the field,” he added.