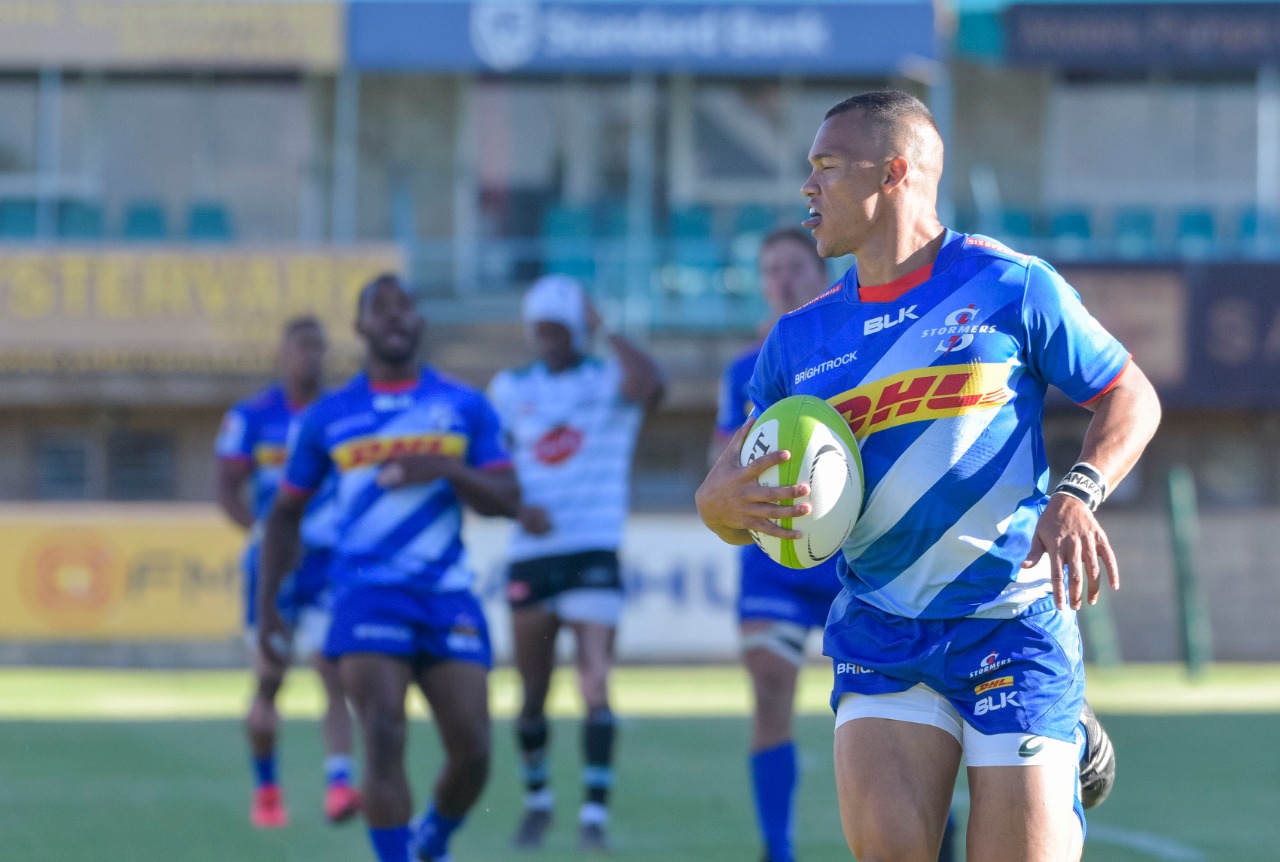 
The DHL Stormers scored five tries on their way to a 38-32 win against Tafel Lager Griquas in an entertaining preparation match in Kimberley on Tuesday.

There were nine tries in total in a match that went right down to the wire in added time, but the DHL Stormers did enough in the end to claim the win away from home.

The DHL Stormers made a fast start to the game, playing into the wind. They surged into the 22 and won some quick ball, with scrumhalf Godlen Masimla stretching to score under the poles for the opening try.

The home side hit back quickly, scoring through wing Ederies Arendse from a set move after a line-out to level the scores.

The DHL Stormers struggled to build momentum on attack and the Tafel Lager Griquas took the lead on the 20-minute mark through a penalty from flyhalf George Whitehead after the DHL Stormers had strayed offside.

The Tafel Lager Griquas were reduced to 14 men shortly afterwards, with scrumhalf Stefan Ungerer shown a yellow card for a cynical infringement, having slapped the ball down with the DHL Stormers on the charge in the 22. Kade Wolhuter kicked the resulting penalty to level the scores at 10-10.

The DHL Stormers exploited the space created by the extra man and sent it wide to wing Sihle Njezula, who put Masimla over for his second try to make it 17-10.

The hosts responded with a penalty from Whitehead, but the DHL Stormers had the final say in the first half. Wolhuter danced past a few defenders to get them on the front foot, before Ruhan Nel sent out a long pass to Njezula, who flicked it to Sergeal Petersen to score in the corner.

The DHL Stormers were first to score in the second half as good defensive pressure resulted in a charge-down from Marcel Theunissen, with the flank going over for the fourth try to take their lead out to 31-13.

They were not done there as the backline came up with another scintillating try, this time from their own half. Some quick hands got the ball wide to Njezula and the impressive wing broke free, bursting into the 22 where he find Wolhuter on the inside and the flyhalf cruised over.

The Tafel Lager Griquas came up with their second try on the hour mark when replacement hooker HJ Luus scored from a maul. To their credit the home side kept fighting and they scored two more through replacement backs Daniel Kasende and Thinus de Beer to reduce the DHL Stormers’ advantage to 38-32.

The final minutes saw the DHL Stormers defend their line desperately and do enough in the end to hold on for the win.