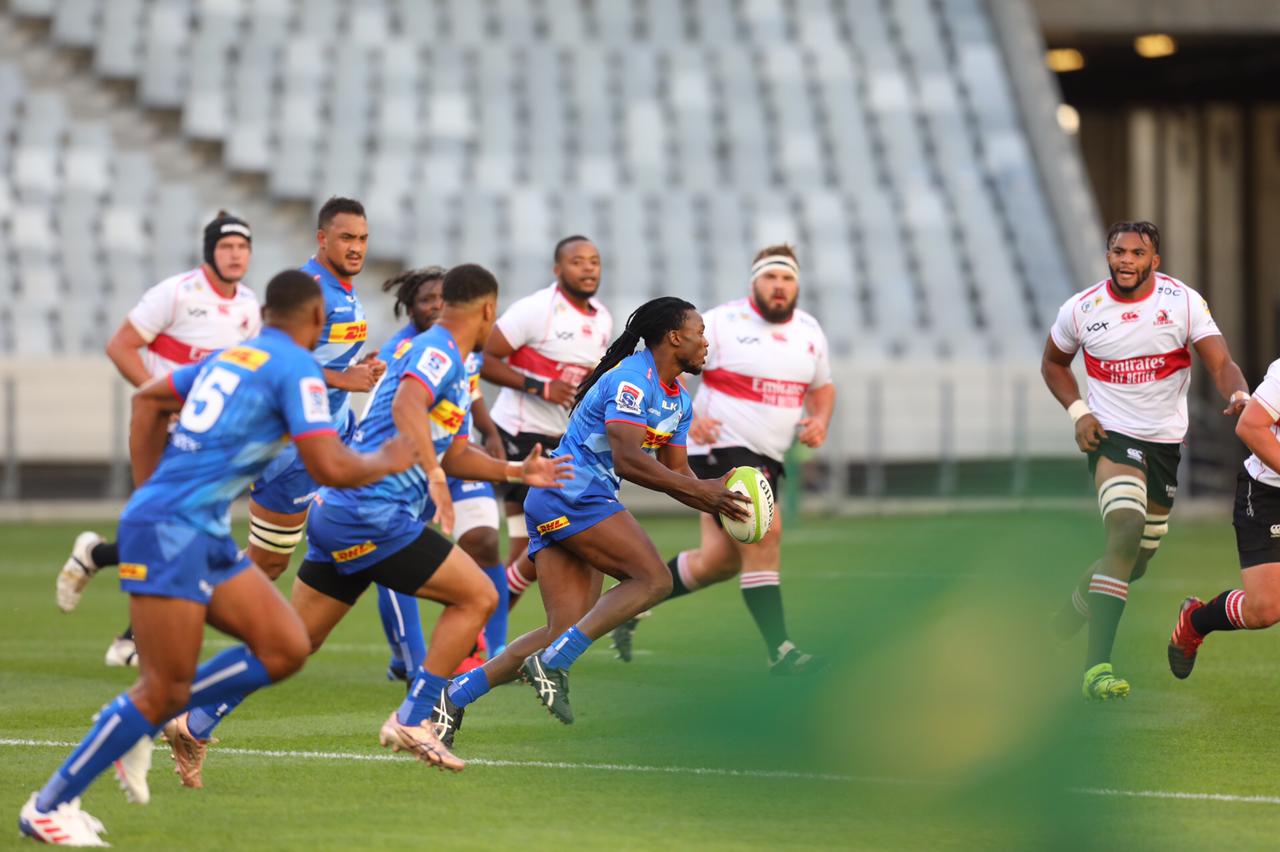 
The DHL Stormers scored five tries in a comprehensive 44-12 win against the Emirates Lions in their final preparation game at Cape Town Stadium on Saturday.

The DHL Stormers did not waste any time in getting the scoreboard going as the ball was won back from the kick-off and sent wide, with scrumhalf Herschel Jantjies on hand to finish off the opening try.

The backline was finding plenty of space out wide and it did not take long before they had their second try, with centre Ruhan Nel ghosting through a gap and putting wing Seabelo Senatla over.

Senatla played a starring role in the third try too, showing his trademark pace and some quick footwork to set up Jantjies for his second try.

The DHL Stormers were then forced to defend for an extended period and they came through with flying colours, holding the ball up over the line and forcing a knock-on to clear the threat.

They marched upfield and won a penalty in front of the poles thanks to a powerful scrum, with the kick from Abner van Reenen taking the lead out to 24-0.

They almost had a fourth try in the first half thanks to a quick throw-in from Sergeal Petersen, but the ball was lost forward near the tryline and the hosts had to settle for a 24-0 advantage at the half-time break.

There was an all-new front row of Steven Kitshoff, Bongi Mbonambi and Frans Malherbe at the start of the second half and it did not take them long to win a scrum penalty. That gave them the opportunity to maul in the 22 and Mbonambi surged over for the fourth try to make it 31-0.

The DHL Stormers scrum kept them on the front foot and a breakdown penalty in midfield then gave Reenen the chance to stretch the lead with a penalty. He followed that up with a drop-goal for good measure to take the lead out to 37-0 heading into the last 15 minutes.

The visitors got on the scoreboard with 10 minutes left with a try from replacement MJ Pelser, but the DHL Stormers responded soon afterwards with their fifth through Nel, who scooped up a loose ball in the 22 to score.

The Emirates Lions were awarded a late penalty try and the DHL Stormers looked to have hit back with Jantjies’ hat-trick try, but the scrumhalf had put a foot in touch and they had to settle for the 44-12 win.