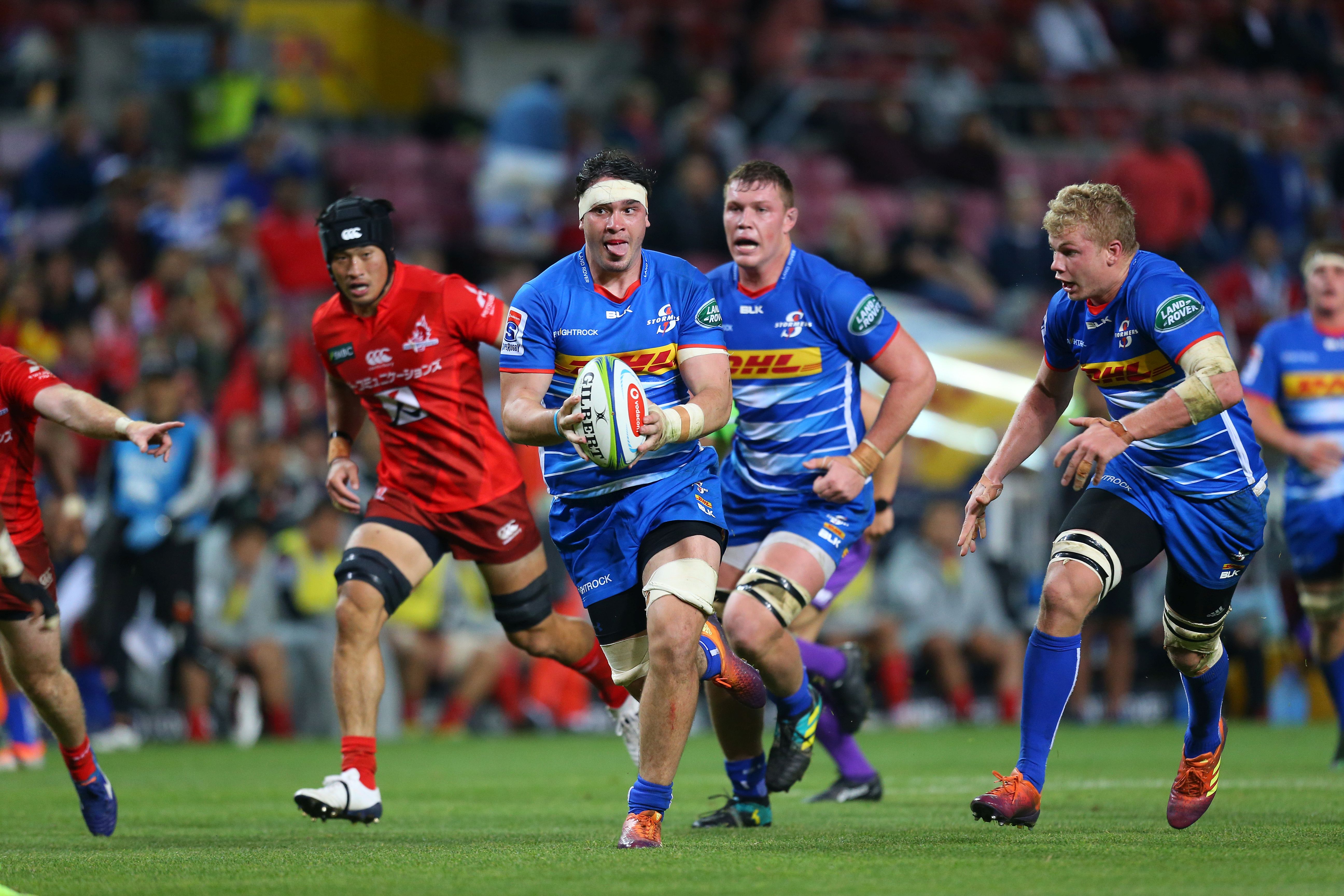 DHL Stormers too strong for Sunwolves


The DHL Stormers scored four tries in a comfortable 31-18 victory against the Sunwolves at DHL Newlands on Saturday.

It was the fifth home win of the season for the DHL Stormers and will give them crucial momentum heading into their coastal derby against the Cell C Sharks in the final round of the league phase of the competition next week.

The Sunwolves opened the scoring with a penalty from Hayden Parker, who would kick another one just before half-tim, but in between those three-pointers the DHL Stormers scored two good tries.

Hooker Bongi Mbonambi broke away from a maul and burst through before stretching to score the first.

The second try came as a product of good defence, as Dan Kriel ripped the ball off the Sunwolves on halfway before getting it away to his centre partner JJ Engelbrecht who put wing Craig Barry over.

Both tries were converted by flyhalf Jean-Luc du Plessis to put the DHL Stormers 14-6 up at the break after an efficient first half.

The opening stage of the second half was scrappy, with neither side able to assert themselves until the DHL Stormers came up with a third try.

A good kick by replacement scrumhalf Jano Vermaak was chased down by Craig Barry and No.8 Jaco Coetzee made a good run before dummying his way over for the try.

The Sunwolves finally got over the tryline, with fullback Semisi Masirewa running a good angle to score under the poles, but the DHL Stormers responded immediately with a penalty from replacement flyhalf Josh Stander to make it 24-13 heading into the final 15 minutes.

Coetzee got his second try from a powerful driving maul, but the Sunwolves hit straight back with a second from Masirewa.

VIDEO: Watch to see which DHL Stormer can play golf