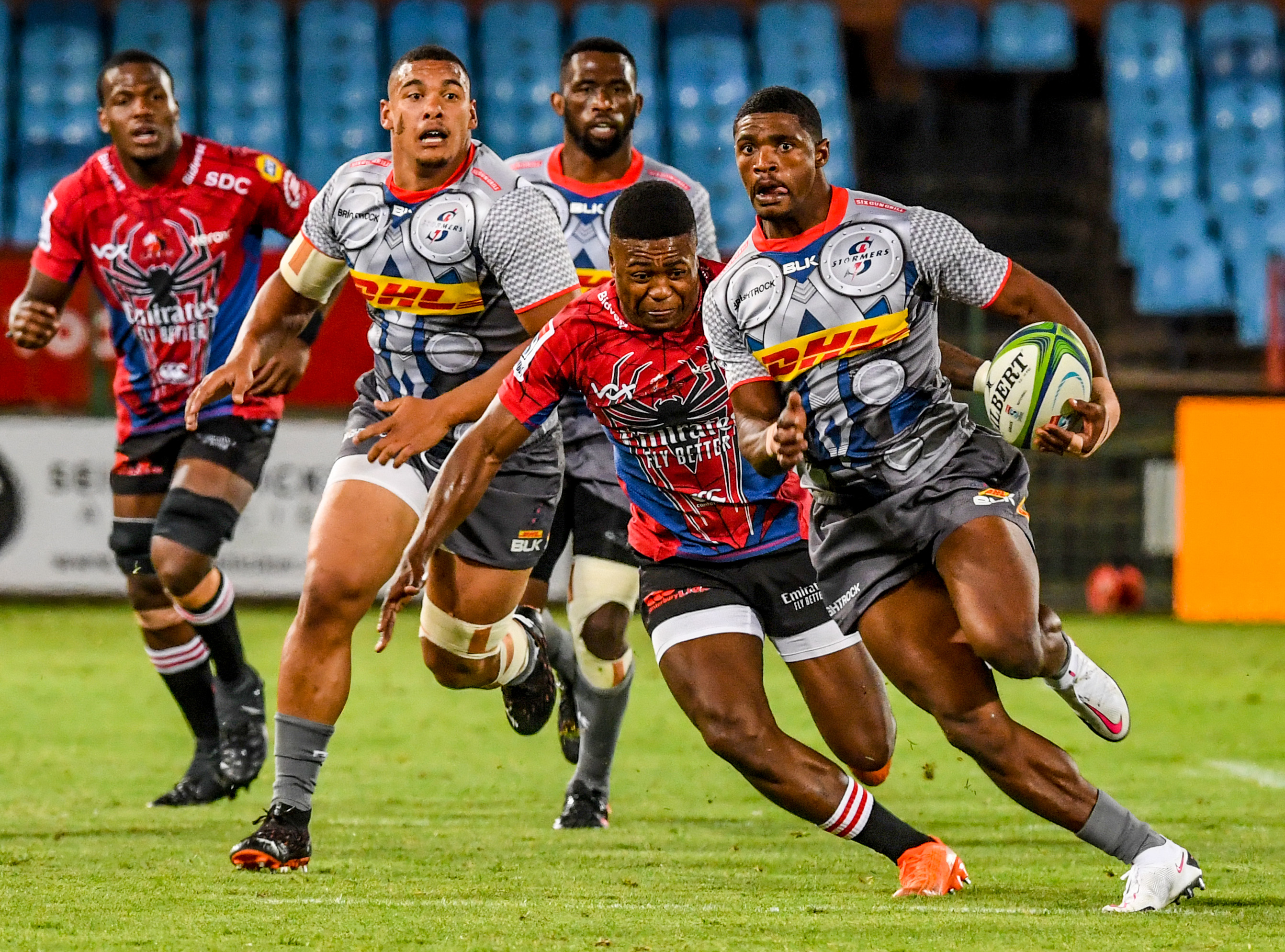 
The DHL Stormers scored five tries on their way to a 34-21 victory against the Emirates Lions on their return to rugby on Vodacom SuperFan Saturday at Loftus Versfeld.

It was an encouraging performance which saw the DHL Stormers score three tries in the first half anf two more after half-time, with a number of players catching the eye.

The Emirates Lions struck first with an early try from wing Courtnall Skosan, who claimed a cross-kick, but those were to be their only points of the first half.

The DHL Stormers forwards were dominant at scrum-time and won a string of penalties to put themselves in position for flyhalf Damian Willemse to get them on the scoreboard with a penalty.

Their first try also came from an attacking scrum, with centre Dan du Plessis taking a well-timed pass to glide through and give the DHL Stormers the lead.

The forwards were equally impressive at maul-time and a series of powerful drives saw Emirates Lions lock Marvin Orie shown a yellow card before DHL Stormers hooker Scarra Ntubeni crash over from a maul.

The defence had held out well under pressure earlier on and at the end of the first half it was the DHL Stormers who took the game to the opposition. A prolonged passage of play eventually resulted in the ball going out to captain Siya Kolisi, who left his marker graping at air with a clever stop-go to score in the corner.

That gave the DHL Stormers a commanding 20-7 advantage at half-time following an impressive opening 40 minutes in which they outscored the Emirates Lions by three tries to one.

The DHL Stormers struck again early in the second half, with fullback Warrick Gelant slicing through the defensive line to score under the poles on his DHL Stormers debut.

Both teams made a host of changes and cleared the benches before the Emirates Lions claimed their second try, with wing Jamba Ulengo scoring in the corner. They followed that up shortly afterwards with their third from replacement MJ Pelser, which brought them back within striking distance of the DHL Stormers at 27-21.

The DHL Stormers had the final say as lock Salmaan Moerat burst free from a breakdown and put replacement scrumhalf Paul de Wet over for the fifth try, which sealed the win.