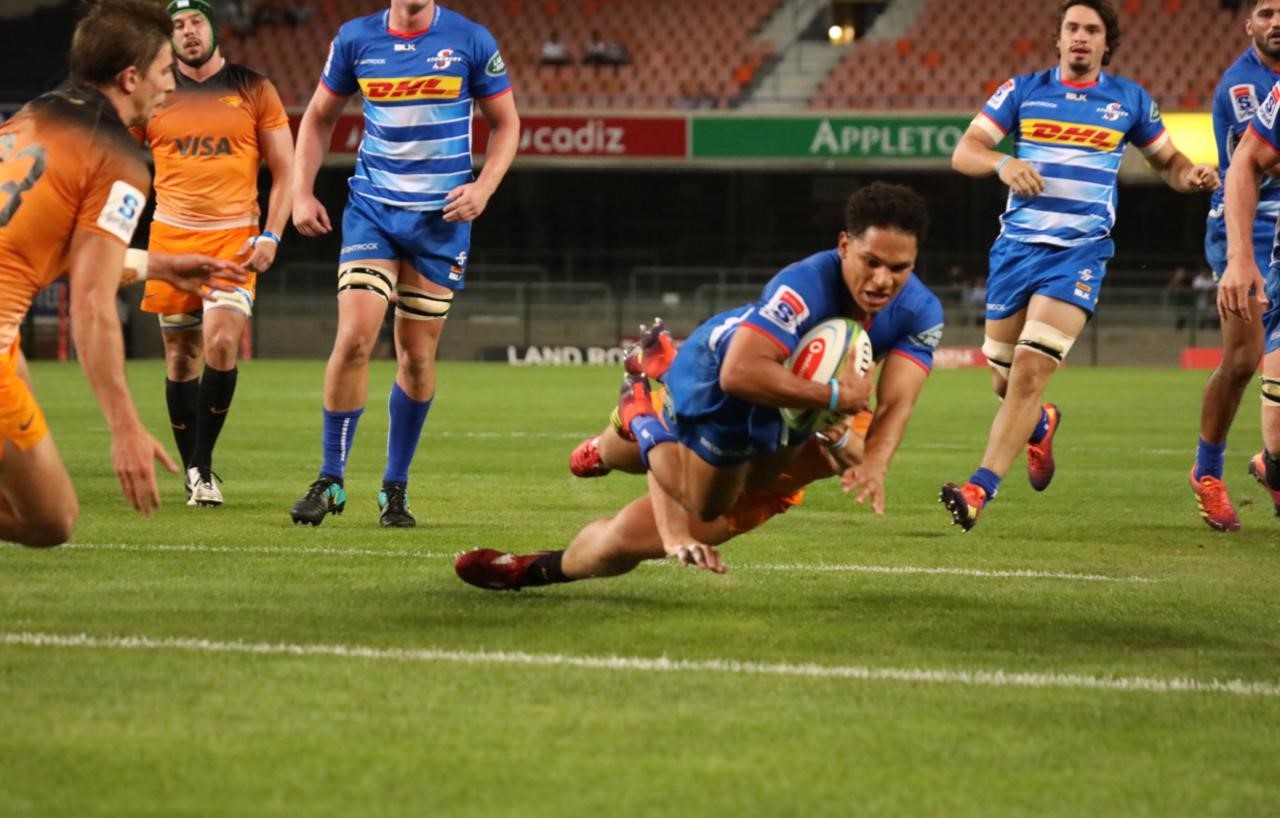 DHL Stormers too strong for Jaguares


The DHL Stormers made it three consecutive wins with an impressive 35-8 bonus-point victory against the Jaguares at DHL Newlands on Friday.

They will now head on a four-week tour of Australasia full of confidence, having outscored the South Americans by four tries to one.

The visitors absorbed some early pressure from the DHL Stormers and struck first as some quick hands saw right wing Bautista Delguy score in the corner, with the touchline conversion going wide.

The DHL Stormers were on the scoreboard soon afterwards as SP Marais slotted the first of what would be three penalties in the first half.

The home side took the lead with a try which featured both Du Plessis cousins as flyhalf Jean-Luc’s attacking chip was collected by centre Dan who scored next to the poles.

The Jaguares responded with a penalty from flyhalf Joaquin Diaz Bonilla, but the DHL Stormers had seized the momentum and two more Marais penalties saw them go into the half-time break 16-8 up.

The DHL Stormers were crucially first to score in the second half, after stopping the Jaguares just short of the tryline, they marched them back and skipper Siya Kolisi peeled off a strong driving maul to score the second try.

The Jaguares threw absolutely everything at their hosts in search of a response and got within inches of the tryline again, but the DHL Stormers defence stood firm.

Another attacking line-out presented another opportunity and after a few phases it was scrumhalf Herschel Jantjies who threw a dummy next to a ruck to dart over.

That gave the DHL Stormers 20 minutes to look for another try which would secure them the bonus point and it eventually came from another powerful driving maul as replacement scrumhalf Justin Phillips got over to score in the corner.