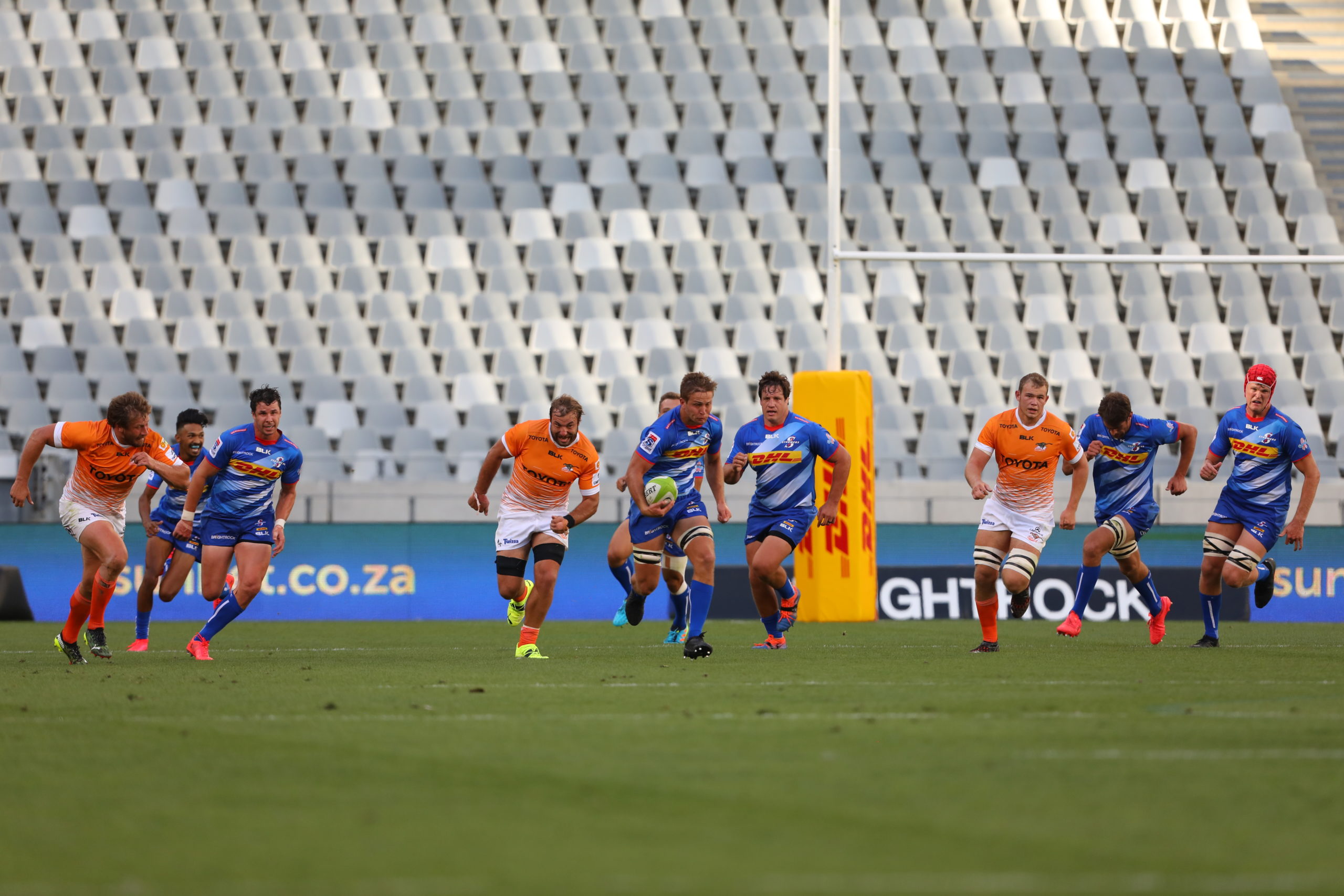 
The DHL Stormers will continue to use the preparation matches to grow the depth of the squad ahead of the upcoming Rainbow Cup.

The first preparation match at Cape Town Stadium on Saturday saw the DHL Stormers team push a full-strength Toyota Cheetahs team all the way in an entertaining clash.

Although there were a number of first-choice players missing, the DHL Stormers managed to score three tries in a narrow 34-33 defeat against an experienced Toyota Cheetahs side.

While disappointed at the loss, DHL Stormers Head Coach John Dobson was encouraged by some of the performances by players who have not got much of an opportunity for gametime in the last year.

“Obviously we would like to have won the game but we have committed to giving players who haven’t played in a long time a run.

“We are going to keep going with this team and give guys who worked hard over the first lockdown without getting playing reward some time to play, with the big name players coming back later, because they are going to be needed in the Rainbow Cup,” he said.

One area which was particularly pleasing for Dobson and his management was the scrum performance, with players such as props Ali Vermaak and Neethling Fouche showing their worth up front.

“That was one of the big highlights of the game for me, we have spoken about the over reliance on Springboks like Frans Malherbe and Steven Kitshoff, so to see that front row play so well against a strong Cheetahs pack was very pleasing for us. It was also good for guys like Leon Lyons and Sazi Sandi, considered the bright new kids on the block, to see when they came on later in the game what they still need to do.

“A scrumming culture can’t be dependent on just a few guys, so seeing that aspect of the game come through for us was very pleasing. We mauled them a bit in the second half, but I was trying to get the balance right,” he said.

There were also some promising signs in terms of attacking play, which Dobson is keen to see his team build on going forward.

“This is a preparation series, so we are trying things, and in that regard I was happy with the green shoots we saw from our attempts to vary our game more,” he said.

There was one injury setback from the match, with fullback Tristan Leyds fracturing a finger which will see him sidelined for some time.