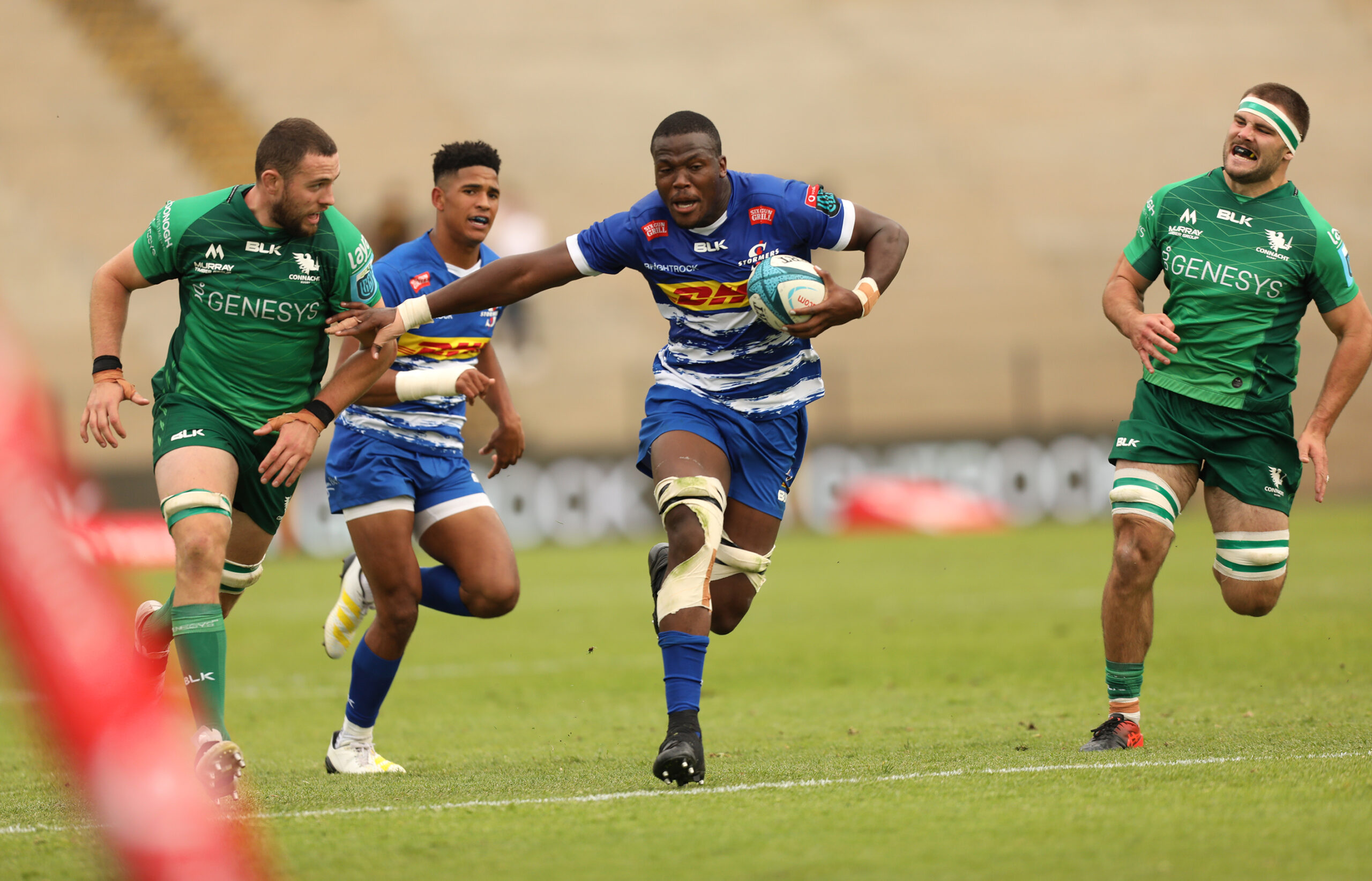 
The DHL Stormers started their Vodacom United Rugby Championship campaign with a comfortable 38-15 win against Connacht in Stellenbosch on Saturday.

The defending champions scored four tries, to start their season with a bonus point win and stretch their winning run to 12 games.

The defending champions started strong, with player of last season Evan Roos bursting through the defensive line and running over the last defender to score the opening try.

The teams then exchanged penalties, with DHL Stormers flyhalf Manie Libbok landing the touchline conversion and two penalties to take the lead out to 13-3.

The home side were down to 14 just before half-time when lock Marvin Orie was shown a yellow card and Connacht took advantage with a maul try in the corner.

That saw the DHL Stormers take a 13-8 advantage into the half-time break and they stretched that early in the second half with another two Libbok penalties.

The game turned when Connacht replacement back Bundee Aki was shown a red card for a dangerous clean-out on Seabelo Senatla.

Venter finished off a flowing move which saw a few impressive offloads and Dayimani charged through from the 22.

The visitors clawed one back as replacement prop Jack Aungier forced his way over.

The DHL Stormers pushed hard for the bonus point try at the end and the forwards came up with the goods as Marcel Theunissen scored from a maul to end the game in style.