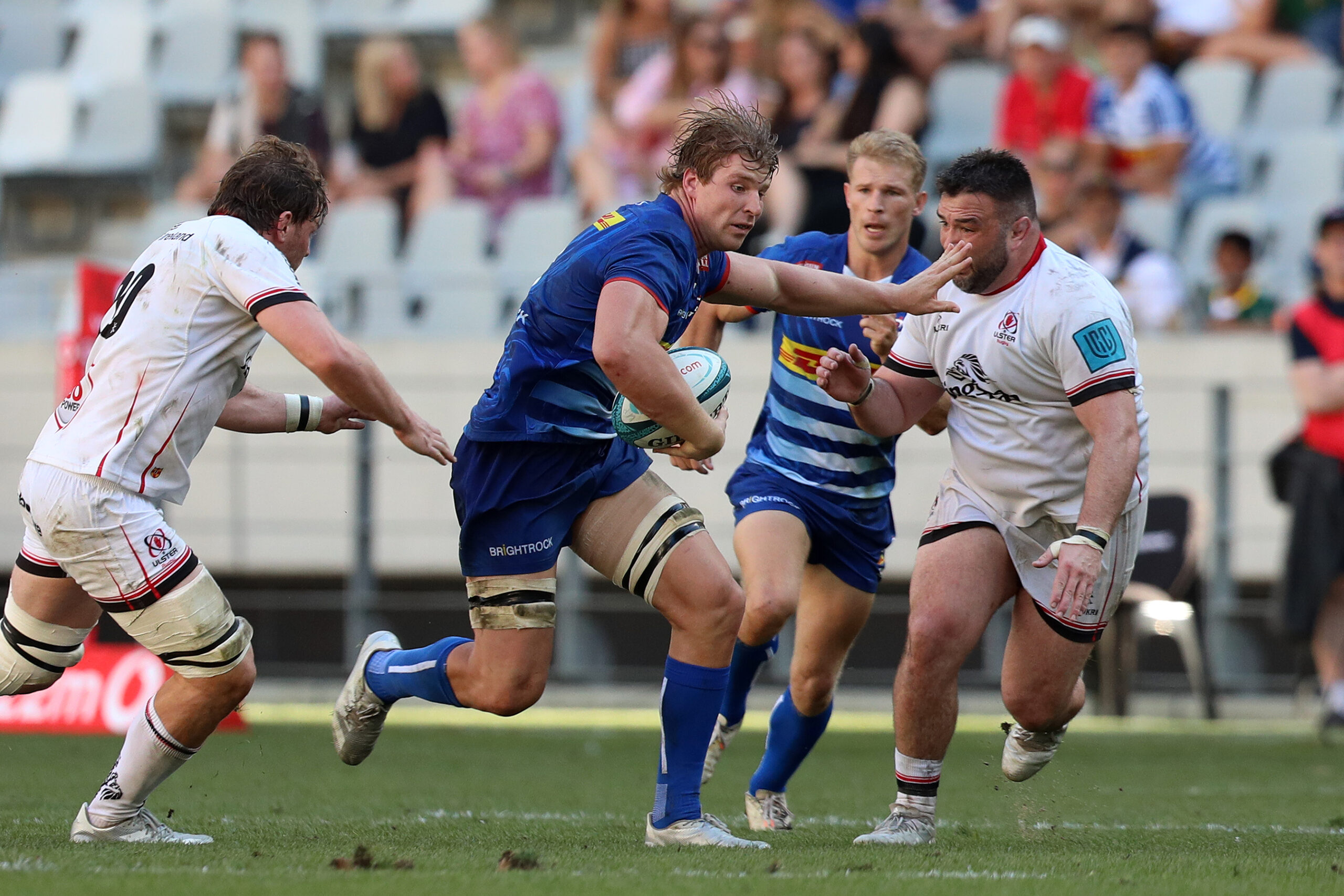 
The DHL Stormers dug deep to hold out for a gutsy 23-20 Vodacom United Rugby Championship win against Ulster at DHL Stadium on Saturday.

It was the fourth consecutive home win for the DHL Stormers and their first against an Irish side this season.

The DHL Stormers made a fast start, running in two tries in the opening 10 minutes.

Scrumhalf Paul de Wet was first to score, taking a pass from Leolin Zas who had made the initial break near halfway.

It was Zas himself who crossed for the second try, which followed a patient build-up from the home side which was finished with some quick hands.

Ulster hit back with a try of their own, with tighthead prop Marty Moore bashing over from close range and they were within seven points with a penalty from scrumhalf John Cooney shortly afterwards.

The teams then spent the rest of the opening half trading penalties, which saw the DHL Stormers take a 20-13 lead into the break.

The first 10 minutes of the second half were tesne as both teams looked for the territorial advantage. The DHL Stormers struck first with another penalty from Libbok, but Ulster were right back in it when inside centre Stuart McCloskey burst through to score under the poles shortly afterwards.

The ending of the gme was very tense, with Ulster having a try awarded and then disallowed by the TMO, but the DHL Stormers held on in the end to claim a deserved win.