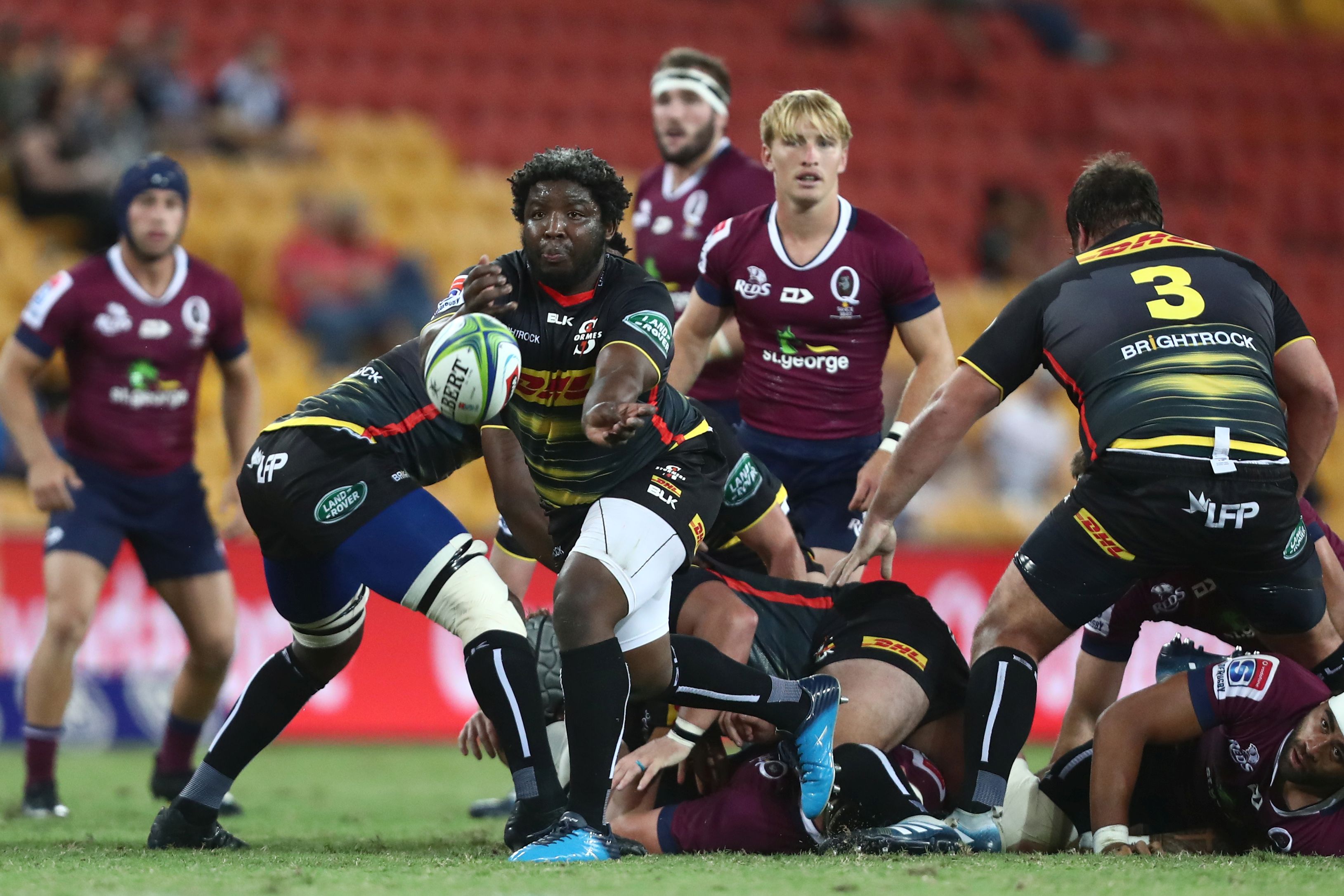 DHL Stormers go down in Brisbane


The DHL Stormers came up short in Brisbane on Friday, as the Reds handed them a 24-12 defeat in their Vodacom Super Rugby encounter.

It was a disappointing outcome for the DHL Stormers, especially following a scoreless first half which they had dominated.

The visitors made all the running in the opening 40 minutes and had two tries disallowed after being referred to the TMO.

Damian Willemse grounded the ball on the dead-ball line after claiming a cross-kick from Damian de Allende and shortly afterwards Sergeal Petersen put a toe on the touchline in the act of scoring in the corner.

The DHL Stormers were struck a further blow just before half-time when captain Siya Kolisi was shown a yellow card.

The Reds capitalised early in the second half with tries from centre Samu Kerevi and hooker Brandon Paenga-Amosa.

The DHL Stormers regrouped well and were next to score when flank Koobus van Dyk drove his way over from close range.

However, the Reds responded with a try from scrumhalf Tate McDermott to make it 21-7.

DHL Stormers centre De Allende got over for a late try, but it was not enough as the Reds would have the final say with a late penalty to seal the result.