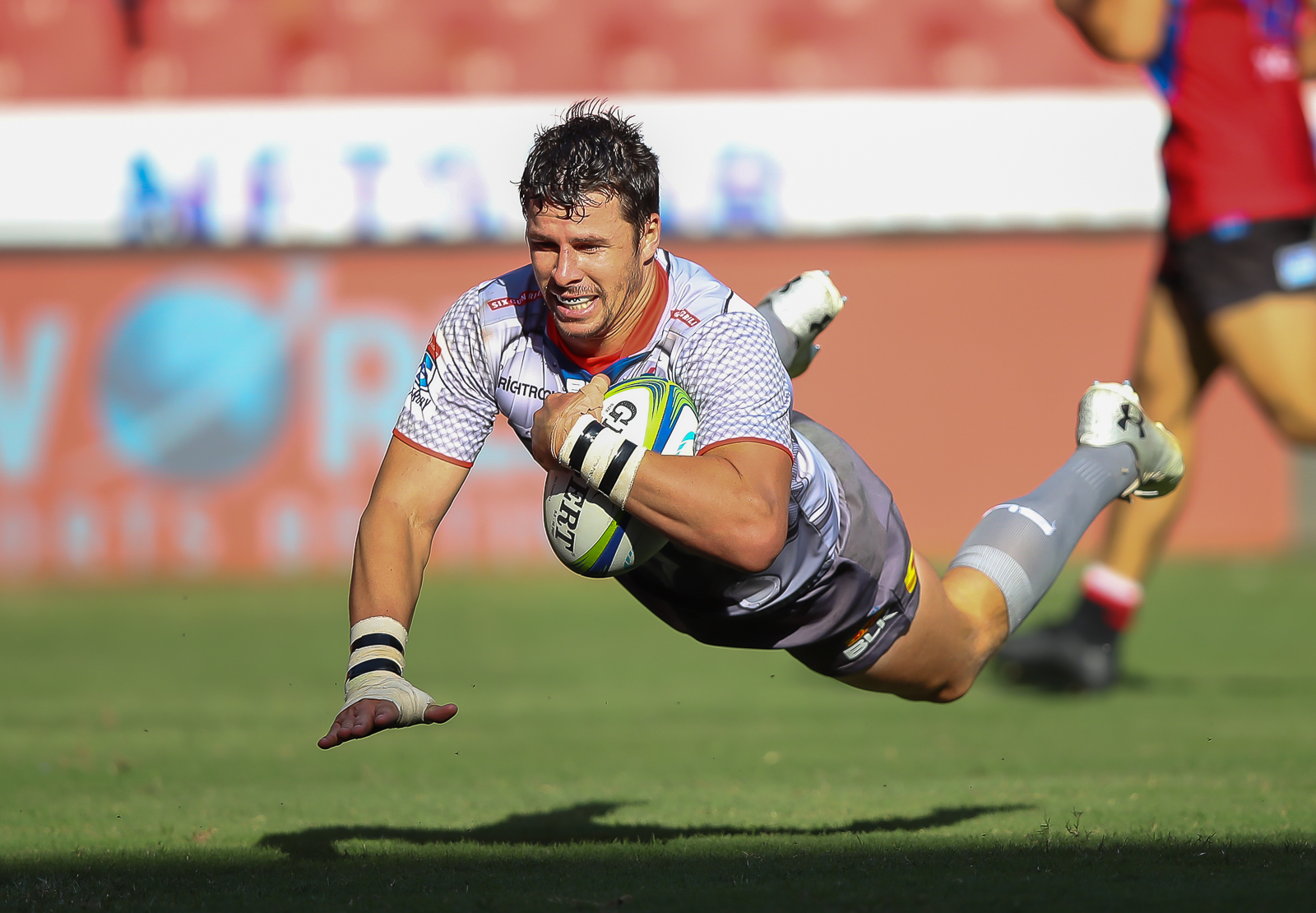 
The DHL Stormers made it three consecutive wins this season with a dramatic last-minute 33-30 victory against the Emirates Lions in Johannesburg on Saturday.

A try after the final hooter from outside centre Ruhan Nel clinched the win, as the DHL Stormers were forced to come from behind to win at Emirates Airline Park for the first time since 2015.

There were four tries from each team in an entertaining spectacle, with the DHL Stormers showing impressive composure and determination at the death to secure the win.

Both teams scored two tries in a tense first half, with the DHL Stormers eventually taking an 18-15 lead into the break.

The home side were first to score through a penalty from flyhalf Elton Jantjies, but the DHL Stormers responded with two tries.

The first came from the forwards as hooker Scarra Ntubeni claimed a loose line-out ball before his fellow forwards took it up the middle, to put No.8 Juarno Augustus within range and the big loose forward forced his way over.

The second try came through good pressure on defence as scrumhalf Godlen Masimla made an intercept on halfway and raced away to score in the corner.

The home side came back with two tries of their own from fullback Andries Coetzee and wing Courtnall Skosan, to give them a 15-12 lead.

However, the DHL Stormers closed out the opening 40 minutes with two penalties from flyhalf Damian Willemse which gave them a three-point lead at half-time.

They made that an eight-point lead with a try early in the second half, with Willemse going to the blindside where Sergeal Petersen took a good pass from Augustus to score the third try.

Captain Steven Kitshoff won a penalty at the breakdown, which Willemse slotted from right in front to extend the lead to 26-15 with 30 minutes left.

The home side hit back with their third try with just over 10 minutes left, as Jantjies ran a good line to go through and cut the DHL Stormers’ advantage to four points.

The Emirates Lions went into the lead with a try from centre Dan Kriel and they extended that with a Jantjies penalty from the halfway line, but the DHL Stormers refused to give in.

With the last attacking opportunity of the match, the DHL Stormers sent the ball wide with purpose and it was eventually worked out to Nel, who went over to clinch the win in dramatic style.