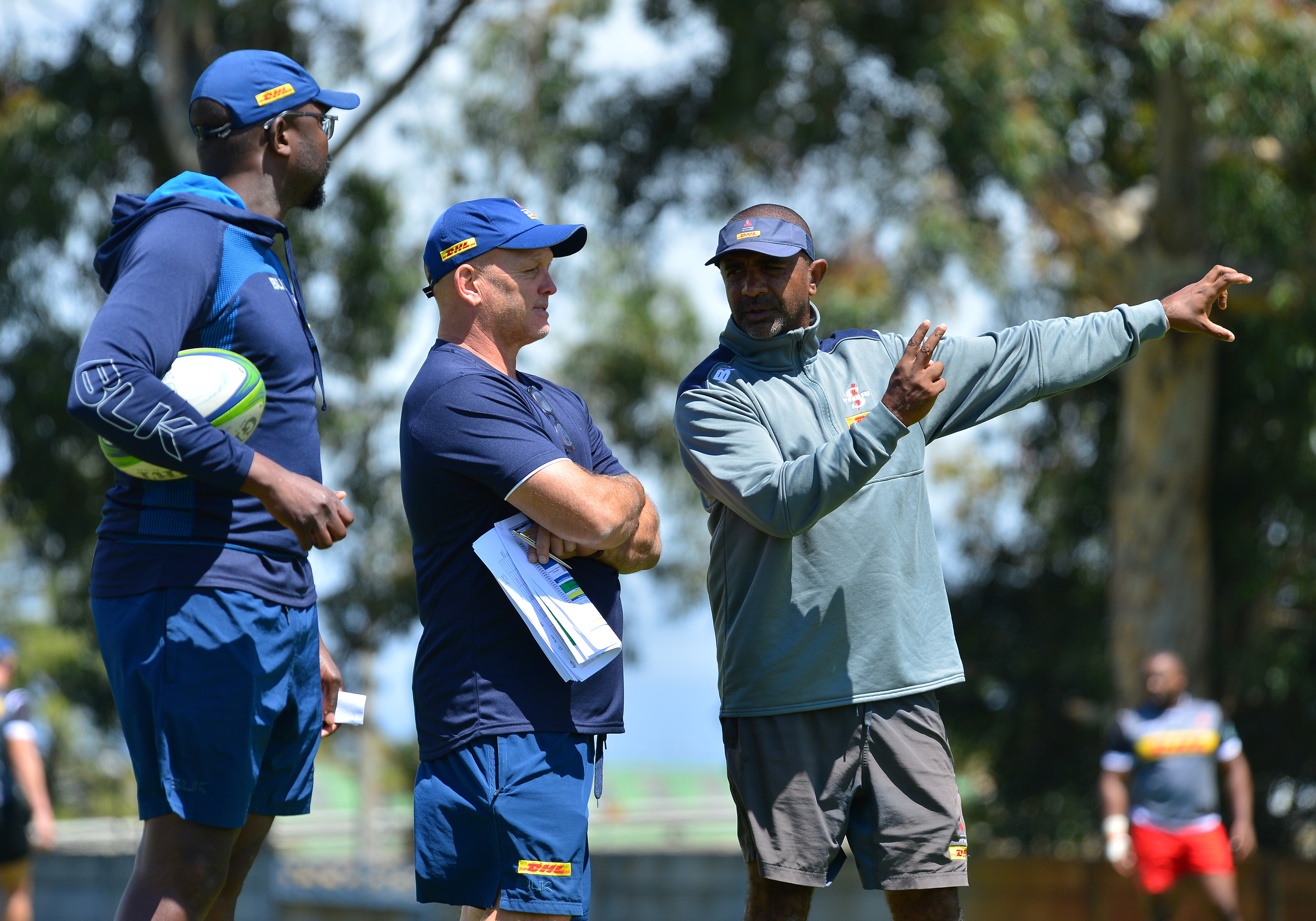 
The DHL Stormers will use their preparation matches to develop both the players and coaches in the squad to add valuable experience going forward.

For the next three preparation matches against the Tafel Lager Griquas, Vodacom Bulls and Emirates Lions, three Assistant Coaches will be given the opportunity to take charge of the team’s preparations, in order to give them experience and insight into the Head Coach role.

DHL Stormers Head Coach John Dobson explained that while he will still be involved, it is important to give opportunities to coaches as well as players in these preparation matches.

“Rito Hlungwani will take charge of the team going into the game against the Tafel Lager Griquas. I will still be involved in coaching my departments and overseeing things but we thought as much as we want to build depth and opportunity for our players in the preparation games, the same applies to the coaching staff.

“We want to create opportunities and get these guys exposure as part of developing the coaches,” he said.

Dobson added that these preparation matches provide the perfect opportunity to develop the coaches and players ahead of the Rainbow Cup in April.

“It is not something we can do in an ordinary competition, these are preparation matches so there is not log and no trophy, but there is still a lot of pressure.

“I obviously am still going to take responsibility for the performance or lack thereof on Tuesday. As a Head Coach there are things that other coaches aren’t exposed to, whether that is selecting or dropping a player, signing off on a training session, looking at the GPS metrics, speaking to the team and presenting the week’s theme, having the plan interrogated by the other coaches.

“It is not a university course for Rito, it is just about giving him some insight into what I do and it is a good experience for him,” he said.

Another advantage that the teams have in the preparation matches is the longer gap between matches, which allows for more comprehensive training and preparation.

“It does feel slightly less pressured and we feel quite advanced. By the time we get to Friday we will get another big training session in and then we have still got Monday’s captain’s run. I think it is wise in that the quality of training is better than it was at this time during the week in the Currie Cup. We have had no issues around close contacts and we have been able to train how we want,” said Dobson.

Hlungwani will name the team to take on the Tafel Lager Griquas on Friday.