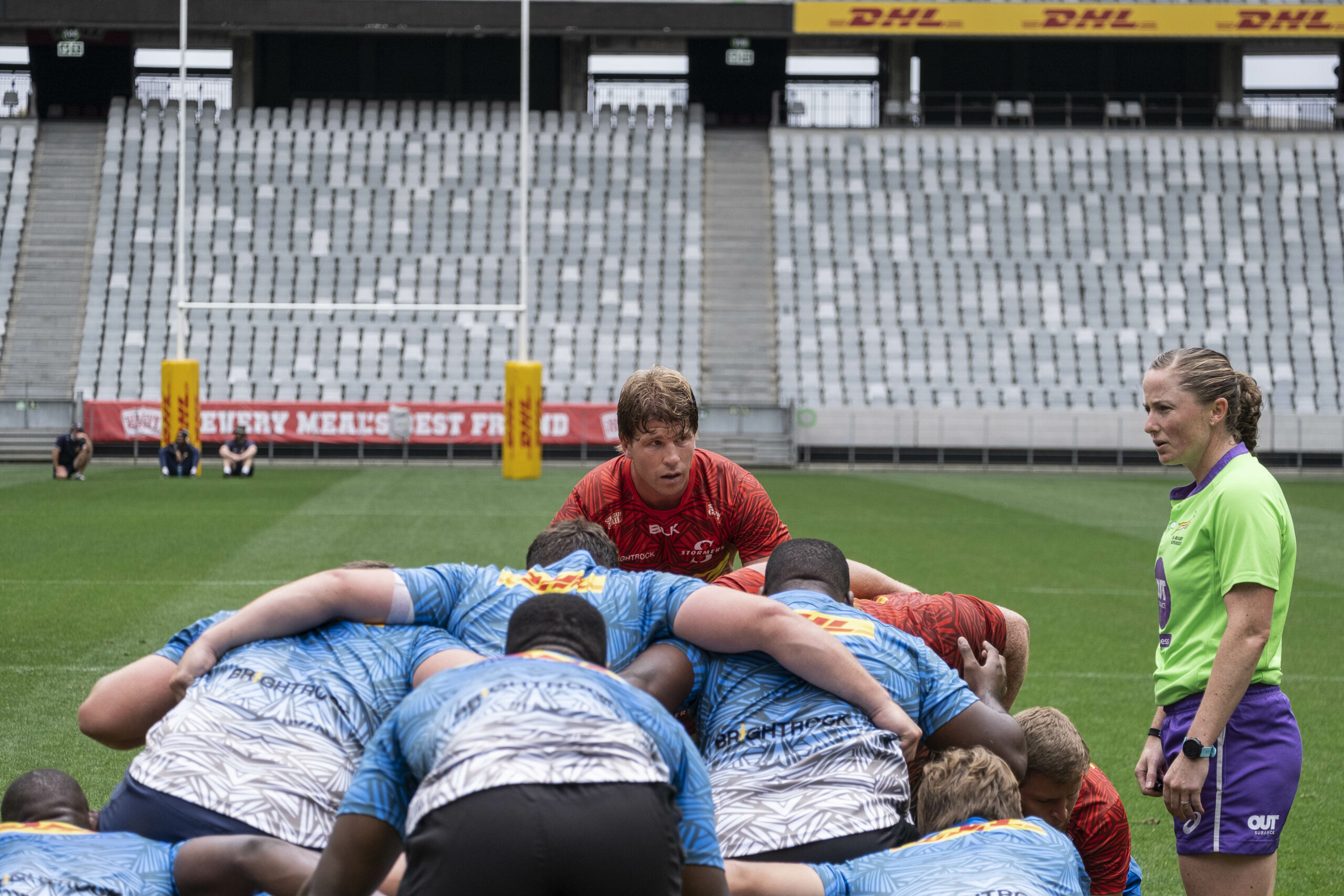 DHL Stormers and DHL WP working as one


With the DHL Stormers and DHL Western Province in action at the same time for the first time, the focus is on alignment and collective effort to ensure both teams are at their best.

DHL Western Province get their Carling Currie Cup campaign underway on Saturday, when they host the Sigma Lions at DHL Stadium, followed closely by their second match the following Wednesday against the Vodacom Bulls at the same venue.

Meanwhile, the DHL Stormers are also preparing to resume their Vodacom United Rugby Championship campaign after a short break and will travel to Pretoria to take on the Vodacom Bulls on Saturday, January 22.

In addition to this, DHL Western Province U20 will start their campaign in February, which will make it three squads in action concurrently.

This sets up a very busy start to the year, which will test the depth available at the union, as well as the ability of the respective squads to work together to maintain the highest possible standards.

With players expected to move between squads for various reasons, whether that be for injuries or some in need of gametime, it is crucial that they are able to make the transition as seamlessly as possible.

The two management teams have worked hard to create an inclusive environment, which has seen the team work together both on the training pitch and in meeting rooms as they prepare for the challenges that lie ahead.

DHL Stormers Head Coach John Dobson believes that having DHL Western Province in action from the start of the year can only strengthen his team.

“It is fantastic that we will have just about every senior contracted player getting gametime week-in and week-out, which has definitely not been the case over the last two years.

“We need to breed an atmosphere of healthy competition for places, but at the same time ensure that we are closely aligned in both our processes and approach.

“The way the two squads have worked together so far has been very encouraging and having coaches of the calibre of Jerome [Paarwater], Nazeem [Adams] and Kabamba [Floors] in the mix has certainly stimulated our management team as well,” he said.

DHL Western Province Head Coach Jerome Paarwater said that the way that training and preparations have been structured gives his players plenty of motivation with a clear pathway to the DHL Stormers team if they perform.

“We have got a good mix of youth and experience, with every player keen to show what they have to offer in the blue and white hoops.

“The way that information and ideas are shared between the management teams makes it feel like we are all on the same page and pulling in the same direction, which is vital.

“With both teams playing at the same time the squads need to be fluid and interchangeable, so we have definitely given ourselves the best chance of success in the way we have set things up,” he said.

Another exciting factor in 2022 is that both DHL Western Province and the DHL Stormers will be playing their home games in front of the Faithful at DHL Stadium.

While current government COVID-19 regulations restrict crowds to 2000 fully-vaccinated spectators, that number will hopefully be increased in future.

Tickets to DHL Western Province’s opening game against Sigma Lions, which kicks off at 17h00 on Saturday at DHL Stadium are now on sale from Ticketpro (CLICK HERE to buy your tickets now).