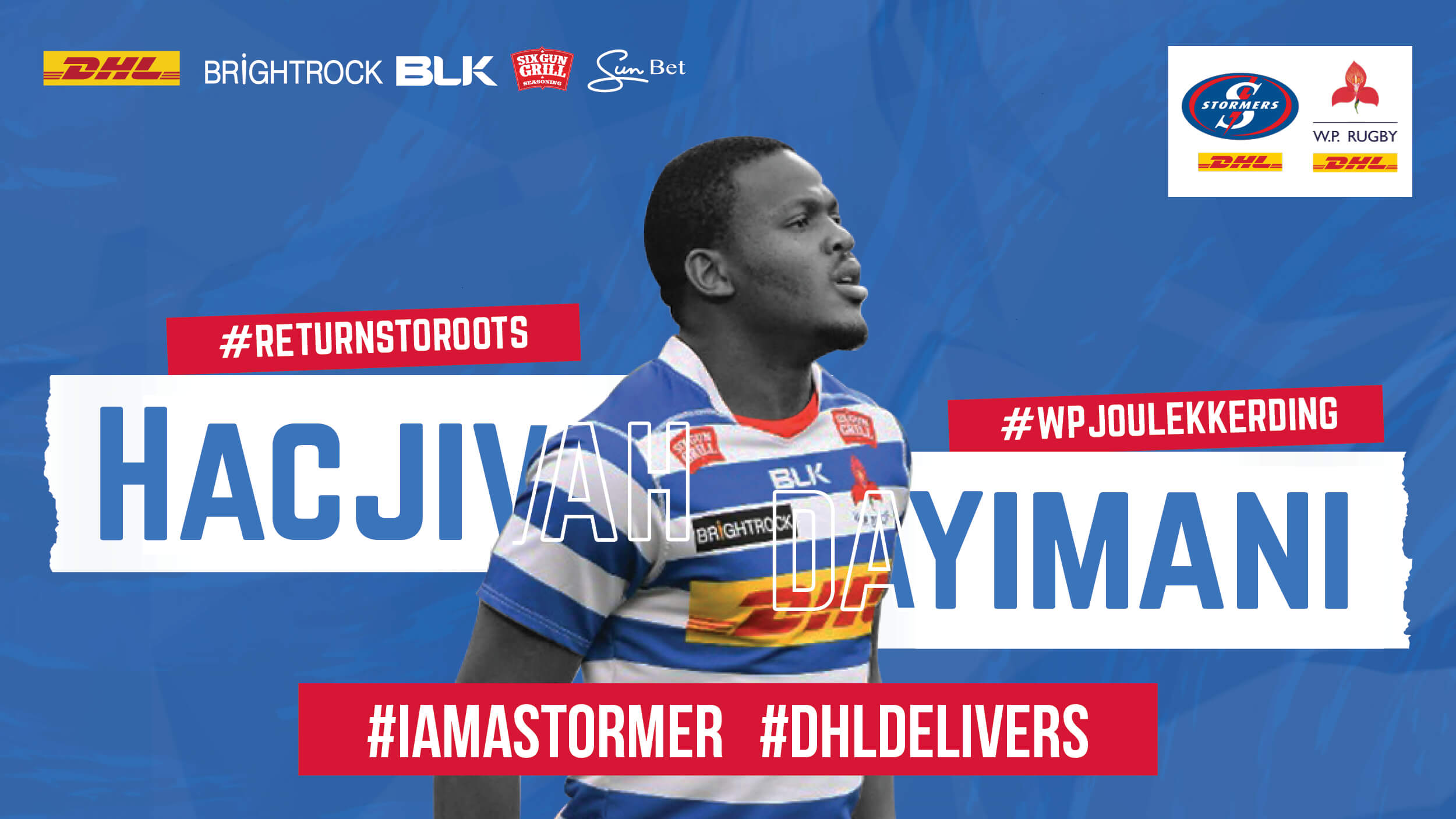 Dayimani returns to his roots in Cape Town

Dayimani has been on loan for the first three games of the Carling Currie Cup and has made the move back to Cape Town permanent by signing with WPPR for the next two years.

Originally from Joe Slovo Park in Cape Town, Dayimani grew up in Milnerton and attended Ysterplaat Primary before completing his schooling in Gauteng. He played at Craven Week in 2015 and went on to represent SA Schools that same year before turning professional.

A dynamic loose forward who is comfortable at flank or No.8 and has also represented the SA Sevens Academy, the 23-year-old’s signing is a significant boost for DHL Western Province and the DHL Stormers’ loose forward depth.

“Hacjivah is a player of undoubted talent who has already made a big impression in his short time here and we are looking forward to seeing him grow even further as a player.

“He plays the game with freedom and enthusiasm, along with a hard edge of physicality, which is exactly what we are looking for in our loose forwards and I am sure he will quickly become a firm favourite with our faithful supporters,” he said.

Dayimani said that he is excited about starting a new chapter in Cape Town.

“I would like to continue growing as a player and as a person and the environment here with the players and coaching staff will give me a fantastic opportunity to do so.

“I have been welcomed into the squad and feel right at home here in Cape Town. I am looking forward to what the future holds for me here,” he said.

WPPR Chairman Ebrahim Rasool said that Dayimani is an exciting addition to the squad following the numerous contract extensions that have been announced this year.

“We are thrilled to welcome Hacjivah back home to his roots and to add another talented player to our squad. This is part of our ongoing plan to retain senior players on contract extensions.

“Hacjivah is a talented young man with an inspirational story. We expect him to thrive in our system,” he said.