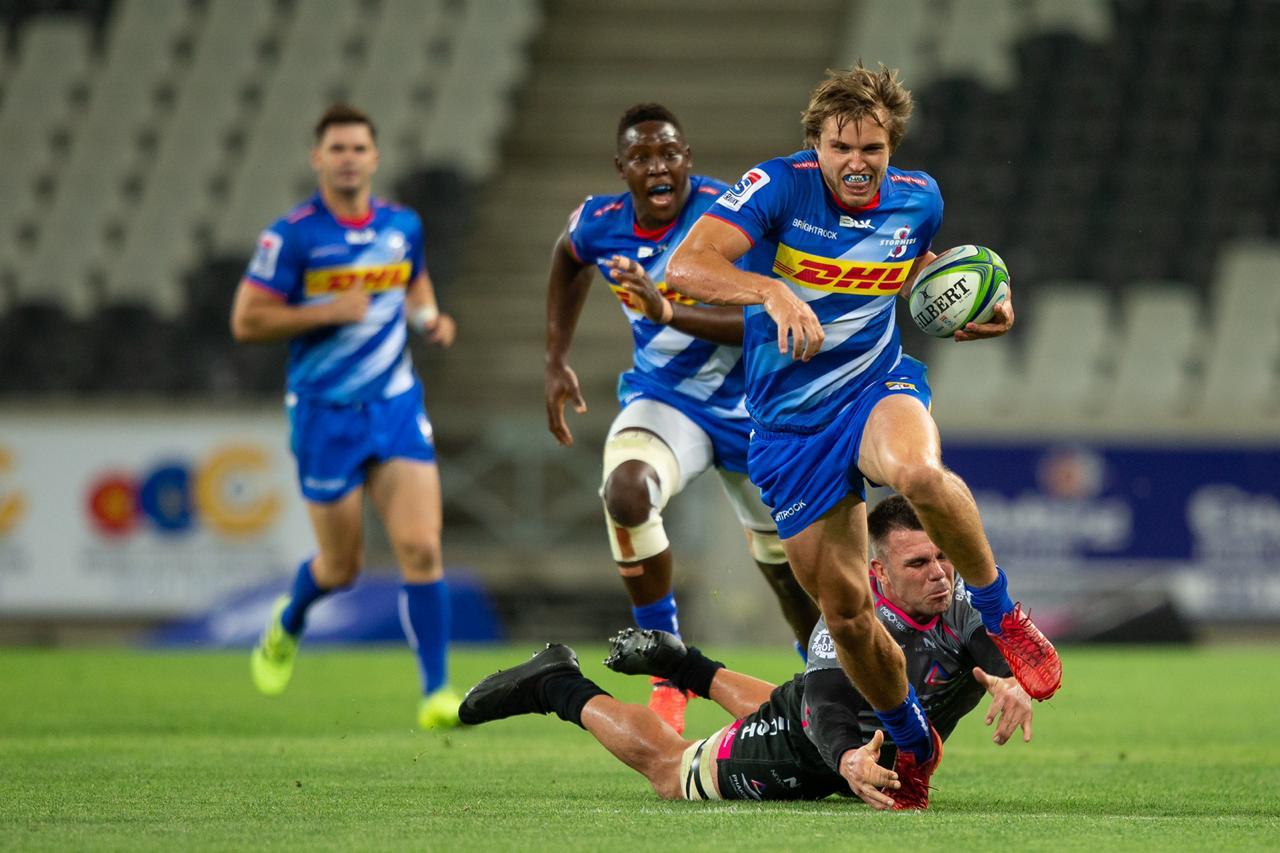 
The character shown by their replacements was key to the DHL Stormers’ stunning 42-37 comeback victory against the Phakisa Pumas in Nelspruit on Friday.

Trailing 37-14 heading into the final 20 minutes, the DHL Stormers refused to give in and came up with four unanswered tries to claim a dramatic Vodacom Super Rugby Unlocked win.

That makes it two wins from two matches, following their narrow victory against the Emirates Lions last week in which they were also forced to come from behind.

Head Coach John Dobson said that the character shown by the replacements was what got his team through after they had been outplayed by their hosts for the first hour.

“Probably the only thing we showed was some character towards the end. I thought we were really well beaten, the Pumas were outstanding and they probably left two or three tries out there.

“You just can’t coach the kind of character that came from some of those guys. We took our Springboks off and our next tier really stood up, so I was really proud of them,” he said.

Dobson singled out forwards such as Nama Xaba, Neethling Fouche and JD Schickerling for the impact they made to turn the game around when they took the field.

“They made a massive difference, Nama Xaba, Neethling Fouche and JD Schickerling,” he said.

The DHL Stormers coach said that the Phakisa Pumas managed to exert territorial pressure in the first half, which his team battled to cope with.

“They pinned us really well back into our half and we messed up line-out after line-out, so we couldn’t get out of our half. Territorially they dominated us and we were well beaten in the first half.

“I gave them a big speech and was hoping we could turn it around and then the Pumas scored first, by that stage we were so beaten we just had to show some pride in the jersey because we are better than that,” he added.

DHL Stormers captain Siya Kolisi was forced to leave the field in the first half after hurting his hamstring while being cleaned out at the breakdown and will have a scan to assess the extent of the damage.

“My leg is not too good, I think I might have torn my hamstring a little bit, but we will have to check afterwards,” he told SuperSport in a post-match interview.

Kolisi also praised the Phakisa Pumas for their impressive performance and paid tribute to the replacements, who changed the game in the final stages.

“It’s tough, I can’t take anything away from the Pumas, they played really well and their flyhalf put us under a lot of pressure and we took too long to adapt. Things didn’t go our way in the first half, but I’d like to congratulate the bench for the impact they made when they came on. So, I’m really proud of the boys for the way they fought back.

“We had nothing else but to throw everything at them, but I think we still played the kicking game better in the second half, because they kicked really well in the first half. We kept believing all the way to the end, and I’m really proud of them. It was really tough in the changing room, but we knew what we had to do,” he added.