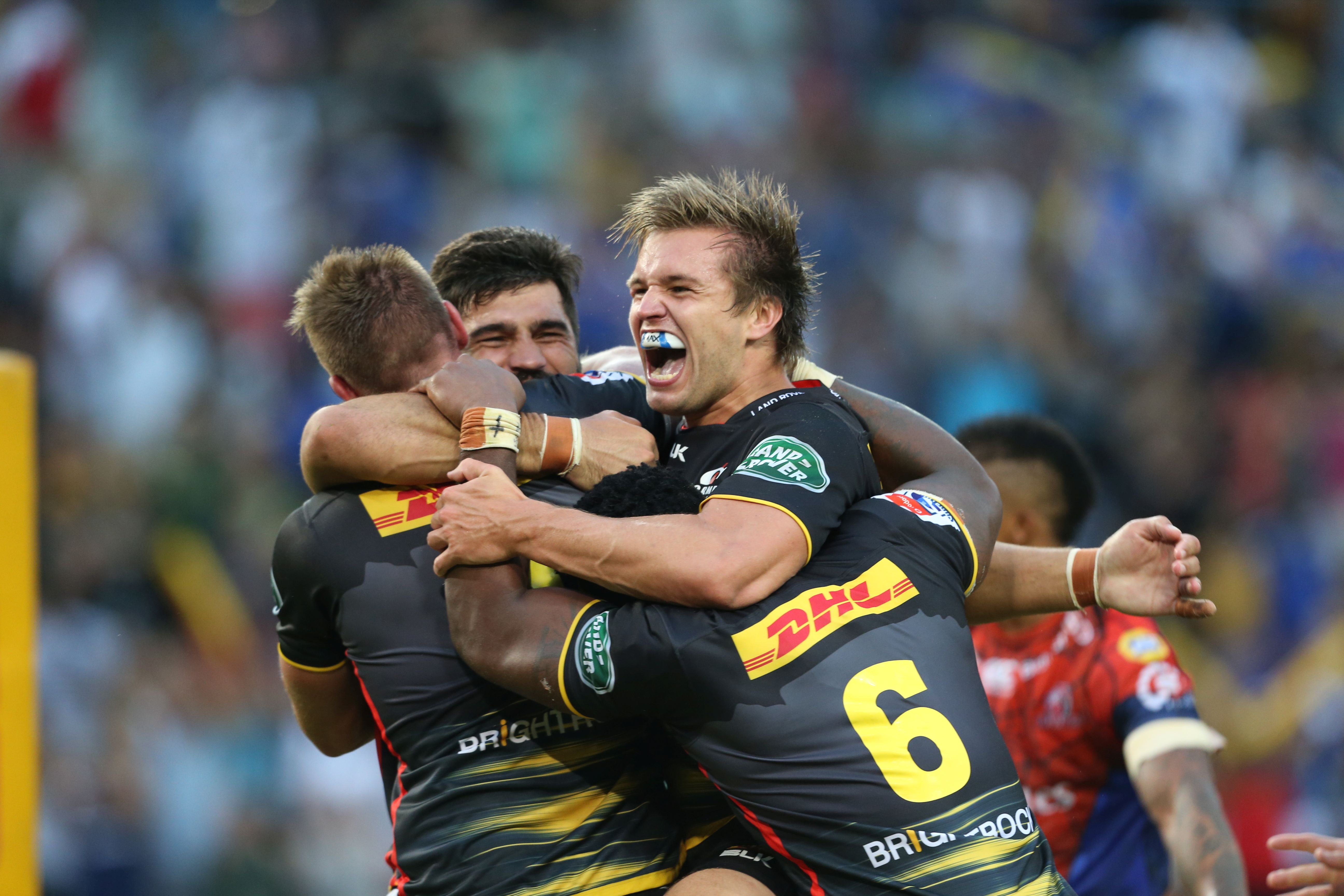 
The character and composure the DHL Stormers showed in the final stages were key to their dramatic last-gasp win against the Emirates Lions at DHL Newlands on Saturday.

Having trailed against the visitors for most of the game, the DHL Stormers were forced to dig deep and got their reward with an injury time try from replacement scrumhalf Herschel Jantjies, which sealed the 19-17 win in front of the DHL Newlands Faithful.

Following their opening round defeat against the Vodacom Bulls, the DHL Stormers were up against it but fought their way back bravely to notch their first victory of the 2019 Vodacom Super Rugby campaign.

While there are still many areas in which the DHL Stormers can raise their standards, the hunger and drive the players showed to seal the win was a very encouraging sign.

Head Coach Robbie Fleck praised the composure that the leadership showed in what was a dominant second half performance following a disappointing first 40 minutes at DHL Newlands.

Having trailed 14-6 at half-time, the DHL Stormers took control and kept hammering away until they finally got over the line to register their first win against the Emirates Lions in four years.

“It was quite emotional in the shed afterwards and rightly so, because it has been a tough week. The composure and ability to make the right decisions under that sort of pressure was an excellent outcome for us.

“It was a completely different team in those last 15 or 20 minutes when there was immense pressure to win.

“Immense character amongst the group to keep fighting, but still making the right decisions and being calm and collected under that sort of pressure.

“It shows that when we do get it right and we are all on the same page we can beat some of the better teams,” he said.

Captain Siya Kolisi said that his team’s desperation to impose themselves had led to some indiscipline in the first half, but he was encouraged by the way they reacted and pulled it through after half-time.

“I think we were just really overeager, we just wanted to get into the game as soon as possible which caused some discipline problems.

“What I enjoyed the most was that everybody took ownership, we looked at ourselves and we were honest.

“We just had to believe, we were playing a side that has been in the final three years in a row, so we had to make sure we were on point.

“The character that we showed, to show what we mean to one another. Win or lose this week, all we wanted was for us as players to stand up,” he said.

Looking forward to their clash with the Cell C Sharks in Durban on Saturday, Fleck says that the team is relishing another big challenge.

“The Sharks have got two bonus point wins in a row, looking strong up front and tactically they are playing really well. I think they have got a nice balance to their game and they are playing with confidence, they are the Currie Cup champions.

“We are up against it, which is great. If our team responds like they did this week to challenges thrown their way, then lets go to Durban for another big challenge,” he added.