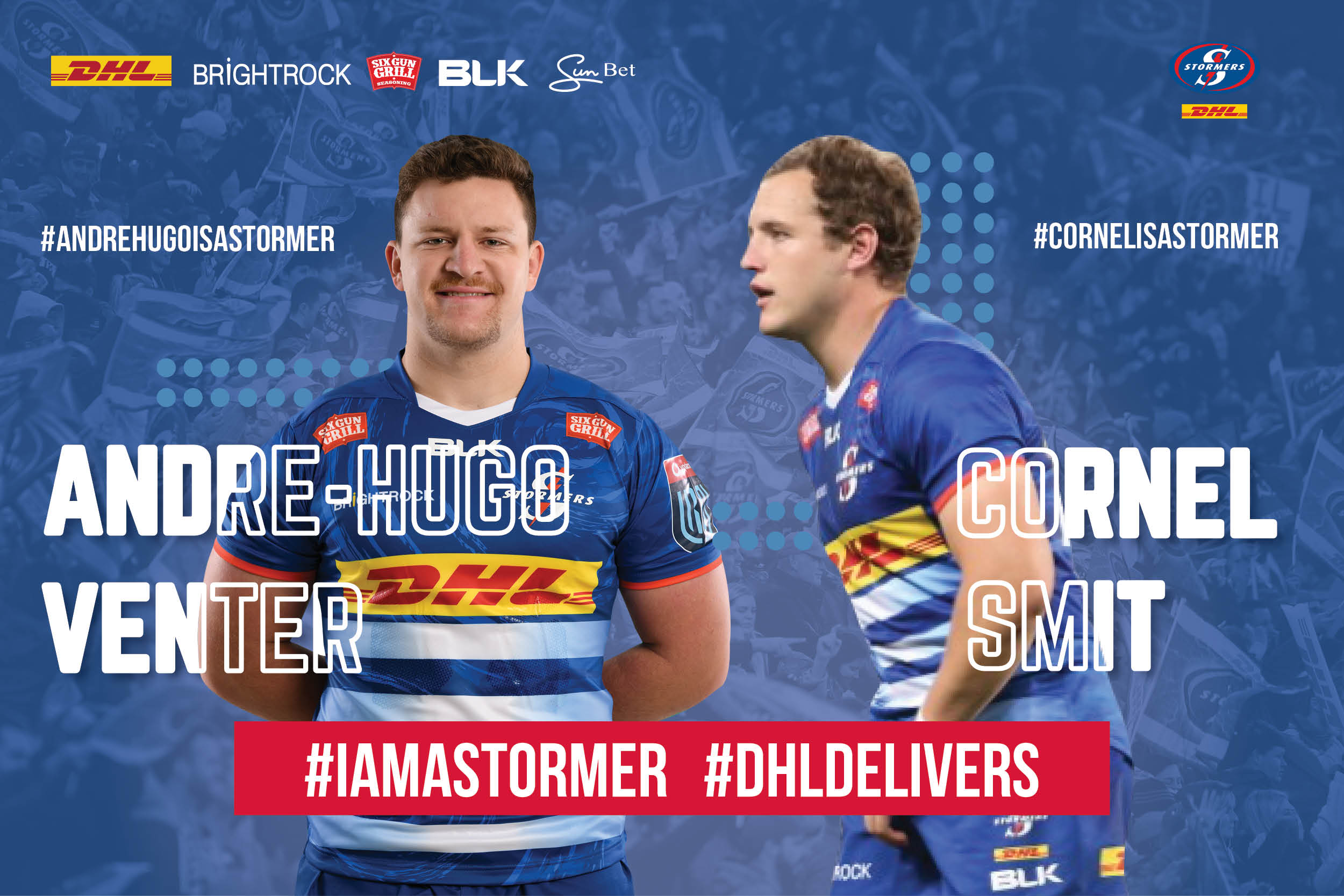 Both Smit and Venter have made the step-up to senior rugby over the last two seasons and featured in the DHL Stormers’ Vodacom United Rugby Championship title-winning campaign.

The 24-year-old Smit represented DHL Western Province at Craven Week in 2015 and came through the junior age-group ranks at the union while also featuring in midfield for Maties in the Varsity Cup. He made his DHL Stormers debut in 2020 and is one of a number of homegrown talents in the current squad.

Venter is technically still a junior player at the age of just 20, but has already made his mark at senior level.

The son of Springbok hard man Andre Venter has shown a maturity beyond his years and featured prominently at the business-end of the Vodacom United Rugby Championship, scoring a crucial try in the Grand Final at DHL Stadium.

DHL Stormers Head Coach John Dobson is looking forward to seeing further growth from both of these players in the years to come.

“Cornel is a smart player who is poised to take his career to the next level, so we are glad that will be here where he has played all of his rugby.

“Andre-Hugo is an immensely exciting prospect who has a very bright future ahead of him. We are thrilled to keep both of these players in our system and expect big things of both of them,” he said.

Smit said that he delighted to extend with the team he grew up supporting.

“As a local boy I always dreamed of playing for the DHL Stormers and it is great to have the backing of the coaches going forward,” he said.

Venter is keen to build on what he has already achieved in a short time in Cape Town.

“I could not be happier with where I am with my rugby at the moment. I was really backed after coming back from injury this season and I want to contribute as much as I can to the team in the seasons ahead,” he said.