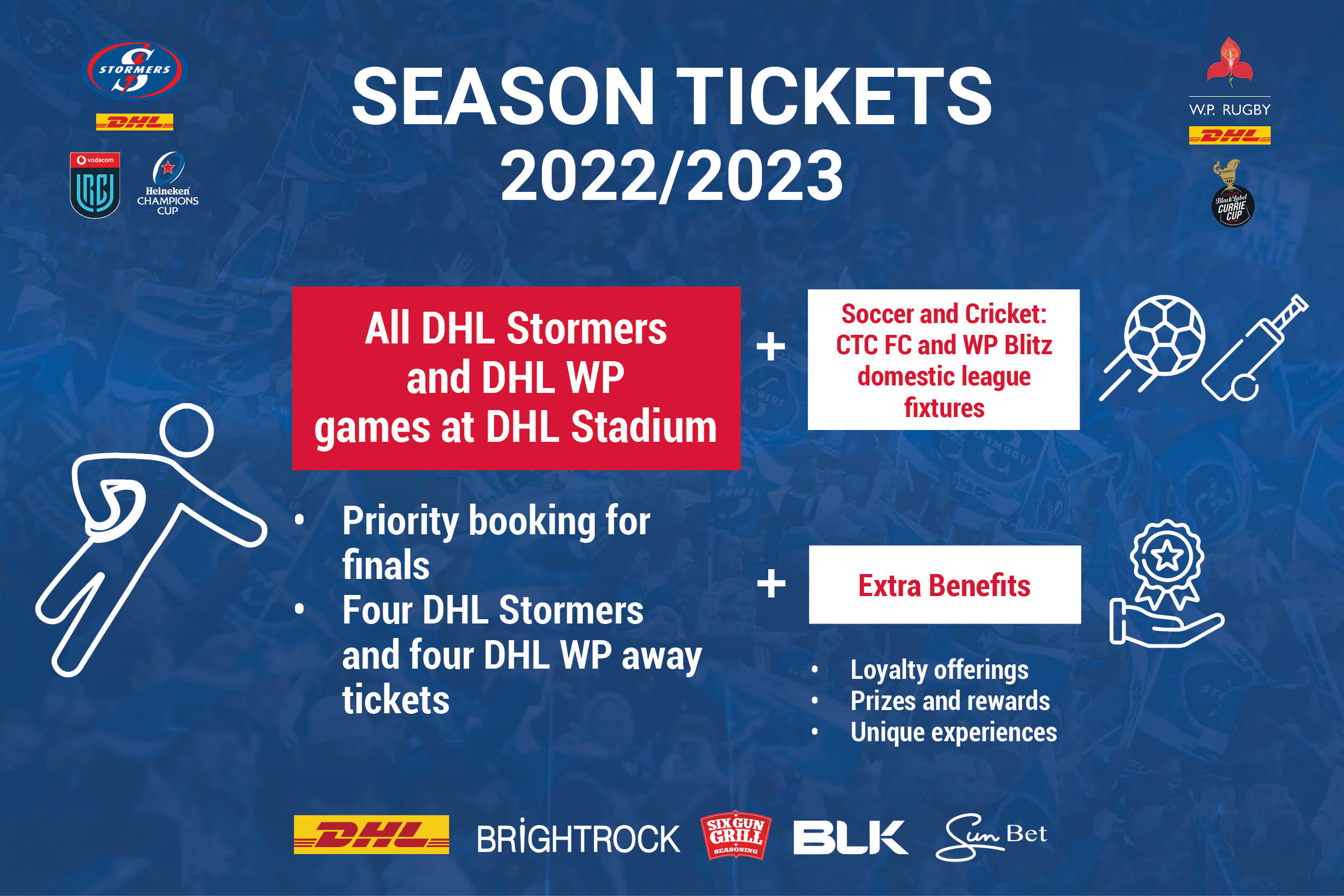 
WP Rugby season tickets for the 2022/2023 season are now open for sale from Ticketpro.

CLICK HERE to buy your 2022/23 season ticket now and automatically go into a draw to win two nights for two at the Arabella resort.

You can book your seat to watch the DHL Stormers play in the Vodacom United Rugby Championship and Heineken Champions Cup and DHL Western Province play in the Carling Currie Cup by renewing your season ticket today.

Season ticket holders will also have first option to buy tickets for any play-off games beyond these. Your season ticket guarantees you a seat for five Vodacom United Rugby Championship games, two Heineken Champions Cup matches and seven Carling Currie Cup home games, plus a potential play-off fixture in all three of those competitions.

Your season ticket will also gain you entry to the two DHL Stormers home matches, which are set to be played in Stellenbosch at the start of the season as well as options to purchase tickets for other selected events at DHL Stadium as well.

The DHL Stormers will be defending their Vodacom United Rugby Championship title, having won the inaugural tournament earlier this year.

They will also take on the top teams in Europe in the Heineken Champions Cup for the first time, having qualified for this prestigious tournament by finishing in the top eight of the Vodacom United Rugby Championship.

DHL Western Province will be looking to make it a record 35th Carling Currie Cup title and you can be there in the stands for all three tournaments by securing your season ticket today.

There are different price options for season tickets according to the various stands the seats are in as well as a host of different rewards, benefits and lucky draw prizes, which will ensure that you get value from your season ticket throughout the year. Our new season ticket offering is much more than just a seat, it is a world class loyalty programme.

There are various categories of season tickets on offer, according to your needs. The Faithful stands on the touchline near the halfway line in the East and West stands at DHL Stadium are just R2950 each. The seats in the Party stand (South) are just R1700 each, while the Family stand (North) is an alcohol-free stand with a special offer of four season tickets together (two adults and two under 18s) for just R3400 and R1700 each thereafter.

All those who buy a new season ticket will go into a draw to win two nights for two at the Arabella resort.