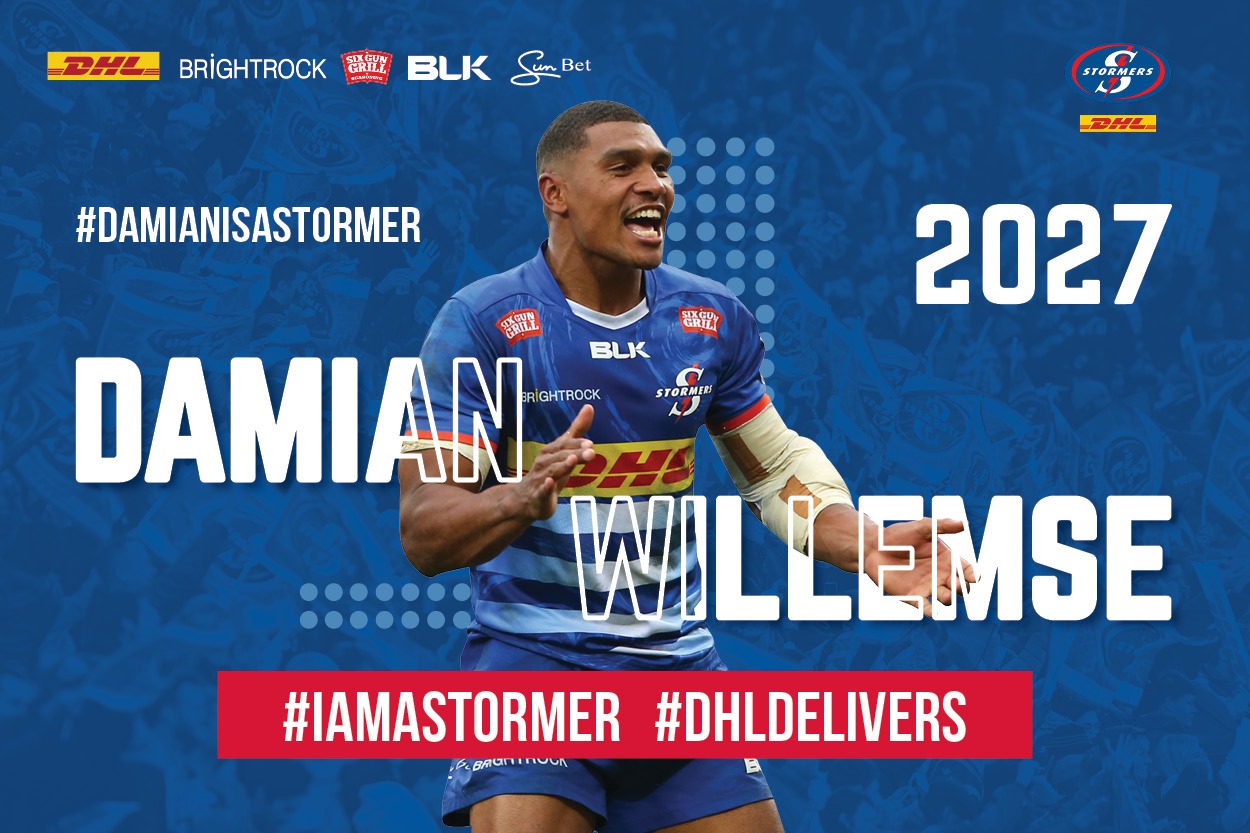 Willemse extends with DHL Stormers until 2027


Damian Willemse has signed a groundbreaking five-year contract extension with Western Province Rugby which will keep him in a DHL Stormers jersey until at least 2027.

The versatile Springbok playmaker made his DHL Stormers debut at the age of just 18 back in 2017, and has since developed into one of the most dangerous backline players in the world.

He played an instrumental role in the DHL Stormers claiming the inaugural Vodacom United Rugby Championship title last season, featuring at both fullback and centre as a vital cog in an electric backline.

He has since played at fullback and flyhalf for the Springboks, where he has impressed with his blend of composure under pressure and undeniable X-factor.

DHL Stormers Head Coach John Dobson said that securing a player of Willemse’s calibre on such a long-term contract shows the belief and positivity that is building around the future of the team.

“We have always known the potential of a player like Damian who has all the talent in the world. To have seen him develop over the last five years into the ultimate professional has been a privilege, and we are so glad that he has chosen to remain loyal to the only team he has ever played for.

“Damian has such a big impact on those around him and that influence will only grow over the next five years as we look to take this team to even greater heights,” he said.