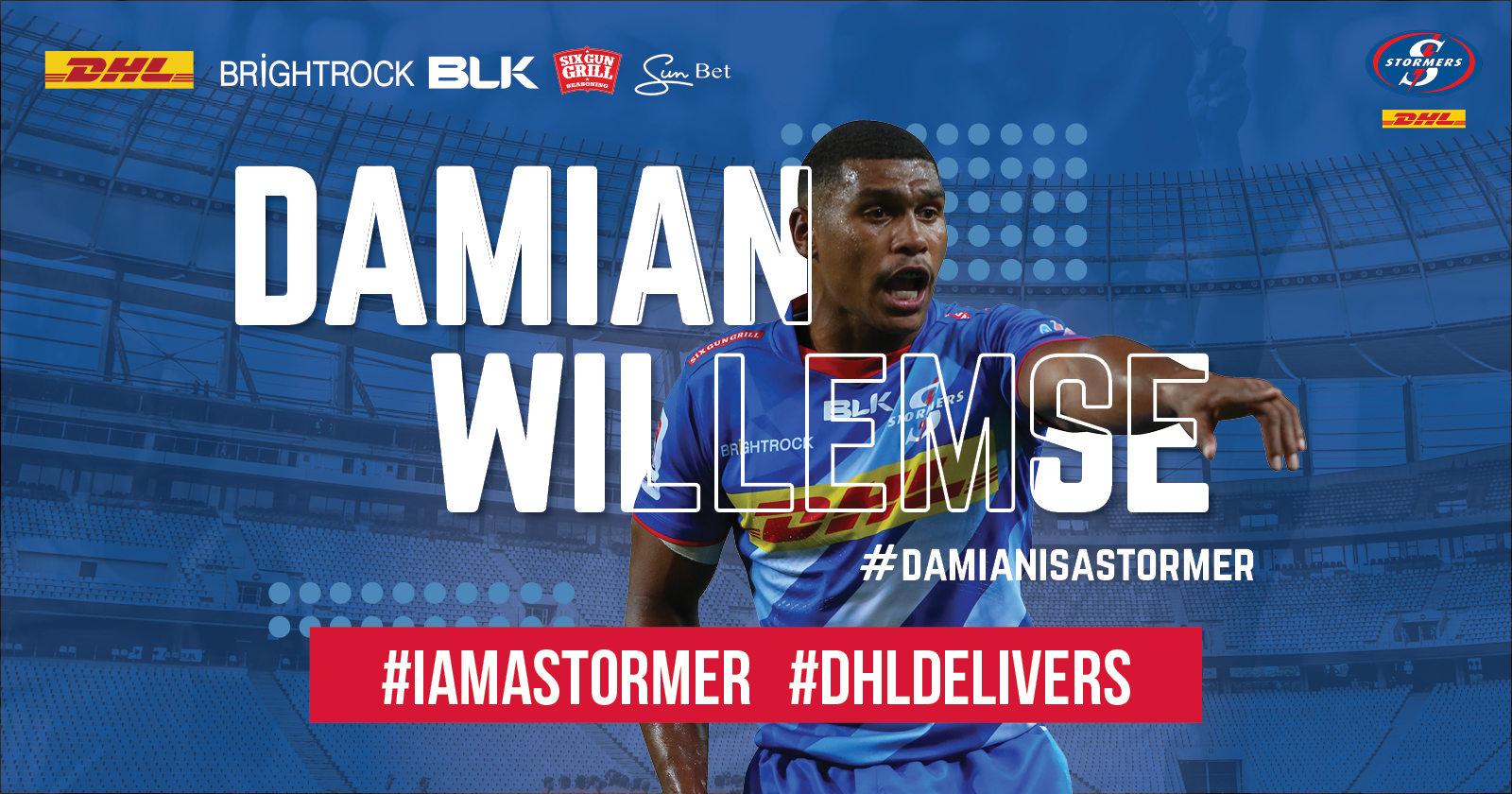 A product of the Western Province Rugby youth structures who was identified as a dazzling talent from a young age, Willemse made his DHL Stormers debut in 2017 at the age of 18 and went on to lift the Carling Currie Cup with DHL Western Province later that same year.

He has since gone on to earn 40 caps for the DHL Stormers and has worn the famous blue and white hoops of DHL Western Province 24 times, although he is still just 22.

The fleet-footed Willemse covers flyhalf, fullback and inside centre and is renowned for his work ethic and maturity beyond his years.

DHL Stormers Head Coach John Dobson said that securing a player of Willemse’s talents for the next three years is very encouraging.

“Damian is the kind of player that every coach would love to work with, he has natural ability in abundance and works incredibly hard.

“We are all looking forward to working with him to keep improving so that he is able to reach his considerable potential and help us play the brand of eye-catching rugby that our fans want to see,” he said.

WPPR Chairman Ebrahim Rasool said that a player of Willemse’s calibre committing for three years shows that the future is indeed bright.

“Damian is a proud product of our structures in the greatest rugby talent pool in the world and to have him sign on for the next three years is very exciting.

“Retaining a player like Damian who is in such demand shows how serious we are about our vision for the future and we are looking forward to confirming more high-profile players who have decided to join us on this journey in the coming weeks,” he said.