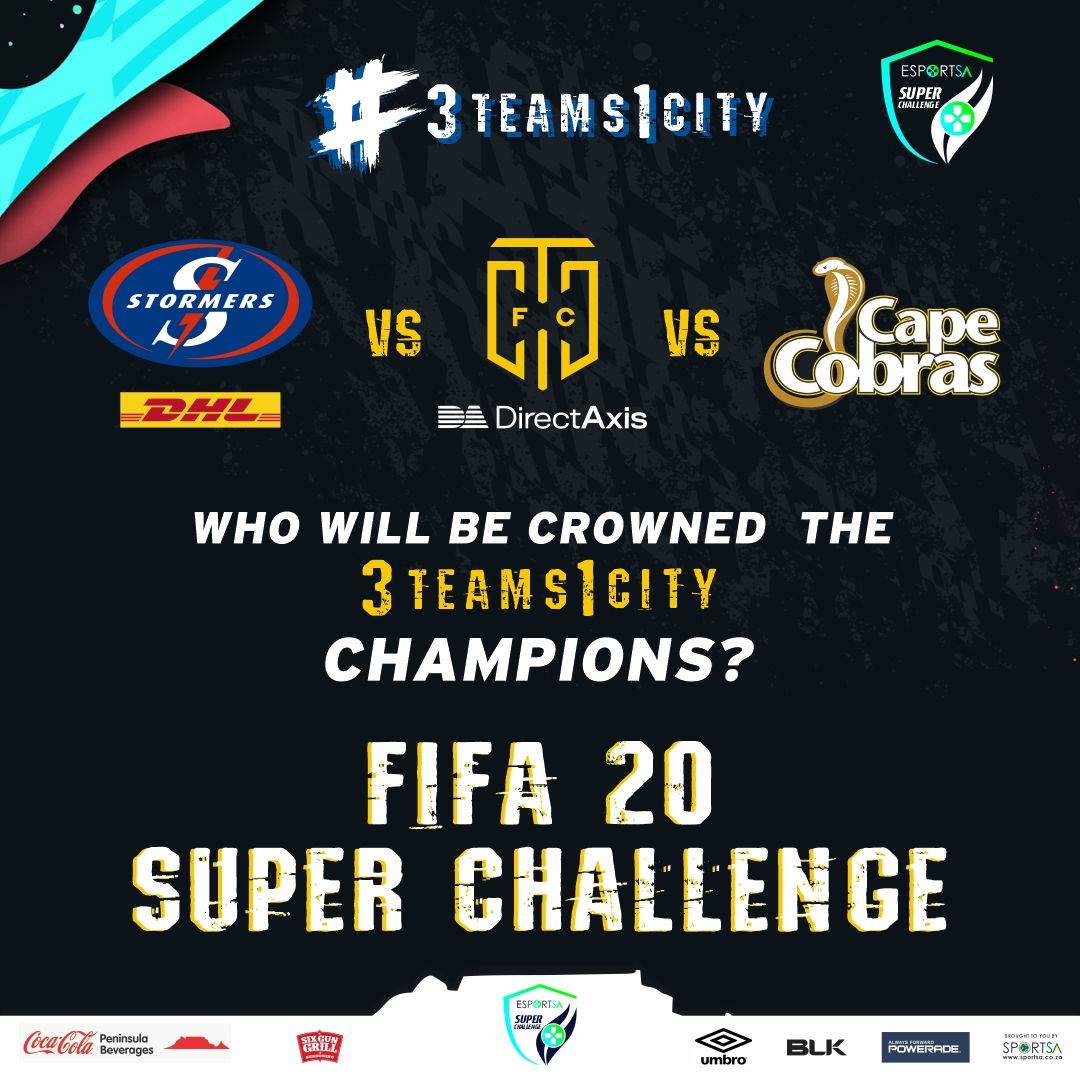 Who will be crowned #3teams1city champion?


The FIFA 20 #3teams1city challenge has reached the play-off stage, with qualifiers from the DHL Stormers esports challenge up against their counterparts from the Cape Cobras and Cape Town City FC in the semifinals.

The FIFA 20 #3teams1city challenge featured athletes from three of Cape Town’s top sports teams, going up against their fans in a digital arena.

The DHL Stormers, Cape Cobras and Cape Town City FC each hosted a FIFA 20 esports challenge, which has seen players going through 12 qualifying rounds since June.

Fans were able to compete in any of the qualifiers (i.e. the DHL Stormers, Cape Cobras, and/or Cape Town City FC).

A total of 24 players representing each one of the teams was drawn into four groups, with the top two finishers in each group progressing to the quarterfinals.