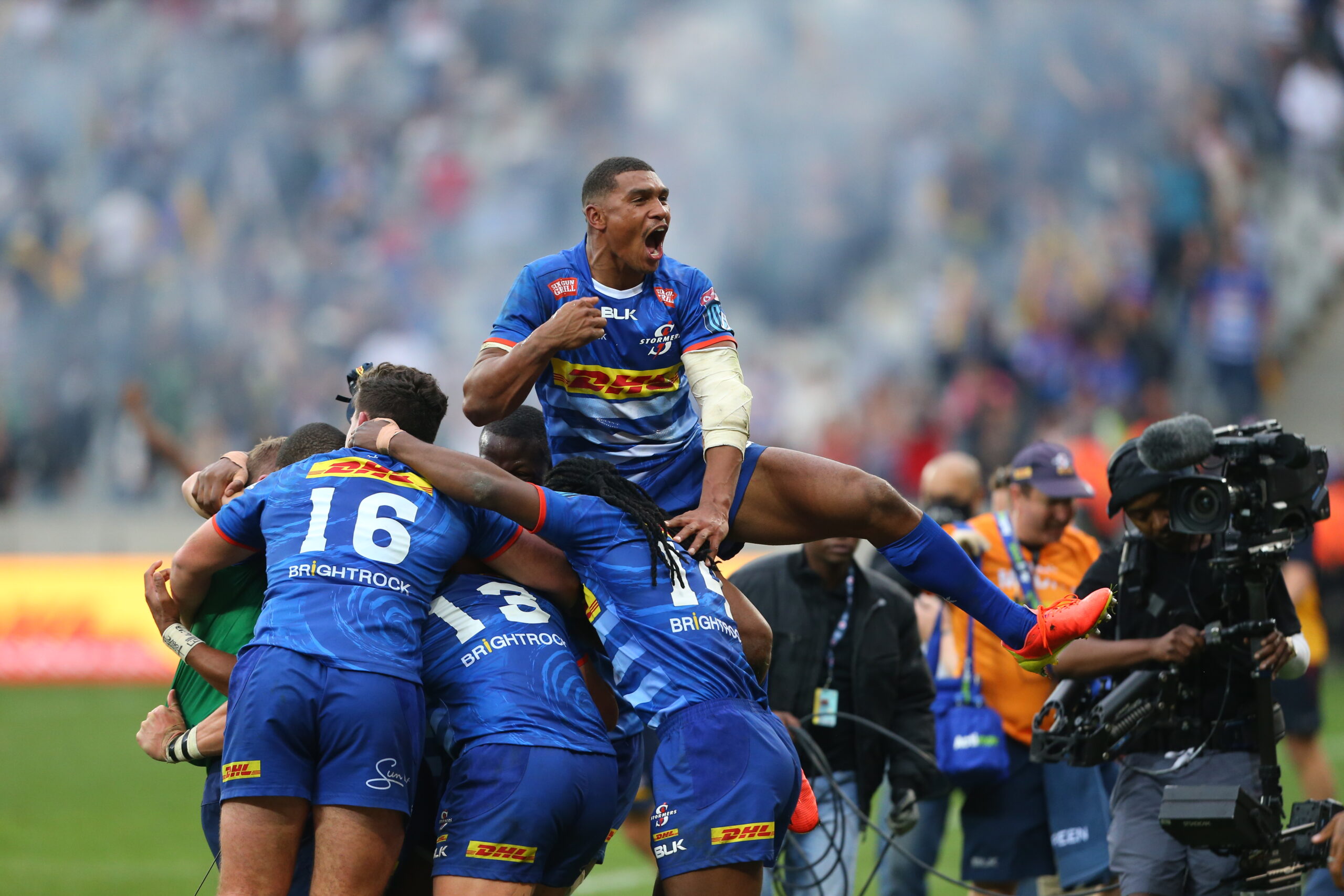 
Damian Willemse has embraced his ability to play in multiple positions in the backline and will be a vital cog for the DHL Stormers in their Vodacom United Rugby Championship title defence.

Willemse was a warrior in the inaugural URC season as the DHL Stormers went all the way.

The 24-year-old started 15 games, mostly at fullback or centre, and memorably shrugged off an injury to his left arm that was meant to keep him out for a month, taking his place in the play-offs where he continued to take and make big hits in midfield.

Willemse finished last season with 152 carries (ranked seventh in the league) and gained a total of 780 metres, the fifth-most of any player). Far from a blunt battering ram, Willemse also completed 26 successful offloads, the second-best player in this metric.

His progression and maturity was highlighted during the Test season, when he stepped up to slot a 35m match-winning penalty for South Africa in injury time of the season opener against Wales at Loftus Versfeld.

His value rocketed when his skills were later on display at flyhalf when the Springboks claimed their first win against the Wallabies in Australia since 2013.

Last season, Willemse formed part of a magical trio of game-drivers for the DHL Stormers, linking up with flyhalf Manie Libbok and fullback Warrick Gelant. And when the trio was deployed, the DHL Stormers went on a run of seven wins in eight matches.

“Other than his obvious stepping and ball skills, which are world class, we get enormous value from Damian at 12 where, if you have a decent right-footer there, it gives you a lot more options to test the opposition backfield,” said DHL Stormers coach John Dobson.

“He is also a really good communicator which helps the flyhalf – he’s another set of eyes for Manie.

“He has a massive work rate, he leads the GPS stats wherever he plays and then there is the physicality, he defends well and cleans really well.

Having made his professional debut at 18 years-old, Willemse already has over 50 caps for the DHL Stormers and has grown as a leader in the team.

With Gelant having joined Racing 92 in France, Willemse’s experience will be crucial as the DHL Stormers look to defend their URC title, and make a lasting impression in Europe.

He has also signed a groundbreaking five-year contract extension with Western Province Rugby which will keep him in a DHL Stormers jersey until at least 2027.