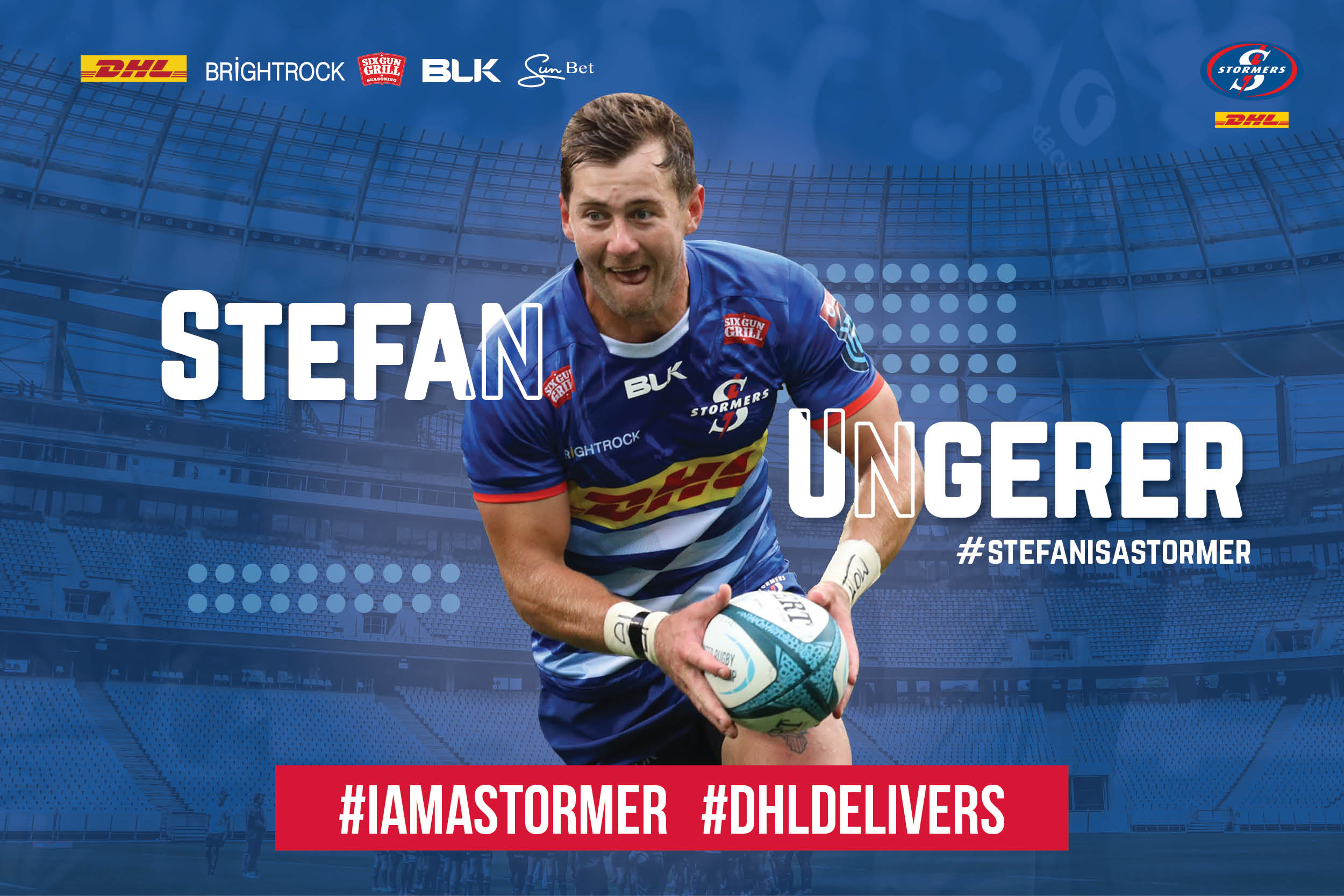 Ungerer back with DHL Stormers

Ungerer played the first five games of the Vodacom United Rugby Championship season for the DHL Stormers on loan and returns next week on a short-term loan, with his two-year contract starting in July.

He will be available for the final league game of the season against Scarlets and will then return to Windhoek Draught Griquas before joining the DHL Stormers squad full-time from July.

The hard-working halfback will be looking to build on some impressive early-season performances having now settled in Cape Town.

Ungerer says he is eager to start this new chapter of his career and contribute to the end of a campaign he started with the squad.

“It is great to be back and know that I will be settled here for the next two years.

“The team has been playing some incredible rugby and I can’t wait to get involved again,” he said.

DHL Stormers Head Coach John Dobson said that Ungerer’s experience and steady hand are exactly what his team needs at this stage of the season and beyond.

“Stefan really impressed when he was here at the start of the season and it is fantastic to have him back in the fold.

“He has shown great variety in his game and can make an impact in any conditions, so we are all looking forward to seeing what he can do once he has settled here,” he said.