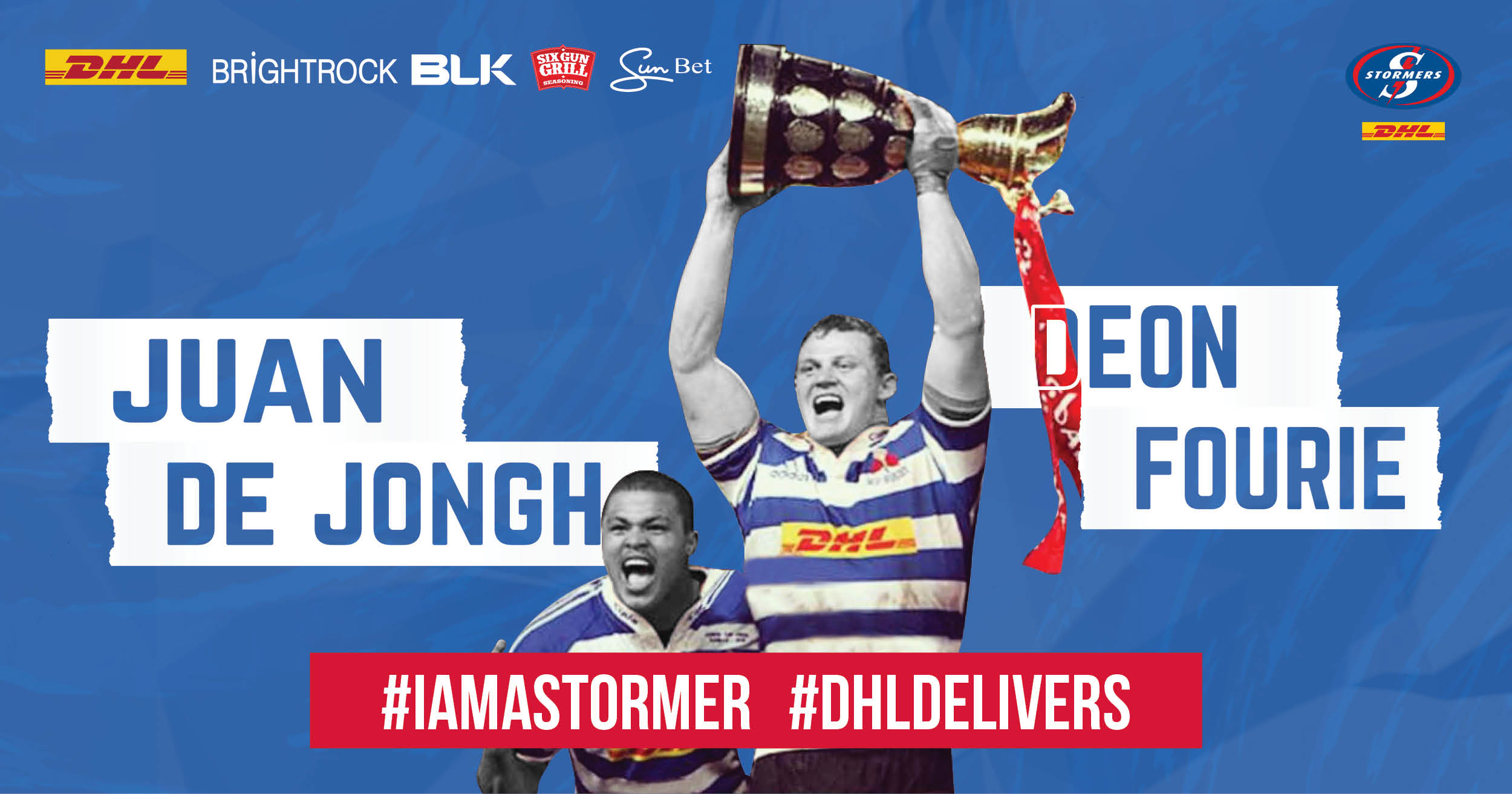 
Currie Cup-winning captains Juan de Jongh and Deon Fourie have both signed contracts with Western Province Professional Rugby (WPPR) and will make their return to Cape Town in July.

Springbok midfielder De Jongh, who lifted the Currie Cup at DHL Newlands in 2014, has 97 DHL Stormers caps and played 59 times for DHL Western Province before moving to English Premiership side Wasps in 2017.

The experienced centre, who hails from Wellington, made his DHL Stormers debut in 2010 and went on to earn 19 Test caps for the Springboks and represented the Springbok Sevens team at the 2016 Rio Olympic Games before leaving to play in England.

Fourie led DHL Western Province to the Currie Cup title in 2012 and was a key player in the DHL Stormers team that went unbeaten in the league phase of Vodacom Super Rugby that same year. The versatile Fourie, who can play both hooker and in the loose trio and has been playing in France since leaving the Cape in 2014, has 84 DHL Stormers caps and 90 caps for DHL Western Province.

De Jongh said that he cannot wait to get back where it all started for him and make meaningful contributions on and off the field for the teams that he has supported his whole life.

“Playing for the DHL Stormers and DHL Western Province was a dream of mine from a young age and I am thrilled to be returning to where it all started for me.

“I feel that I have a lot to add and there is much that I can achieve here with the current coaching staff and players.

“I was lucky enough to learn from some legends of the game when I was first making my way and I am excited about contributing in any way I can to taking these teams to the next level,” he said.

Fourie said that he is excited to be joining a squad that is building something special and will look to add value in any way he can.

“There is a formidable group of players here, combining international quality and experience with plenty of young talent, so I can’t wait to get involved.

“It will be an honour to pull the DHL Stormers and DHL Western Province jerseys on again and I will be giving everything for these teams in my second debut season,” he said.

DHL Stormers Head Coach John Dobson said that De Jongh and Fourie have been brought back because they both have much to offer on the field.

“Juan and Deon are both legends who achieved much in their time here, but we wouldn’t have signed them if we hadn’t been impressed with the rugby they have been playing.

“These are two tough players who we know will play their hearts out for the jersey and our faithful fans and we are looking forward to seeing what they will add in the upcoming campaigns,” he said.

WPPR Chairman Ebrahim Rasool said that having the likes of De Jongh and Fourie lead by example will be invaluable for the rest of the squad.

“These are two highly-respected players who have shown in the past how much playing for the “DHL Stormers and DHL Western Province means to them.

“They both bring both depth and experience to our team; Juan in midfield and Deon in versatility among the forwards. We expect them to have a significant impact both on and off the field and look forward to welcoming them back,” he said.