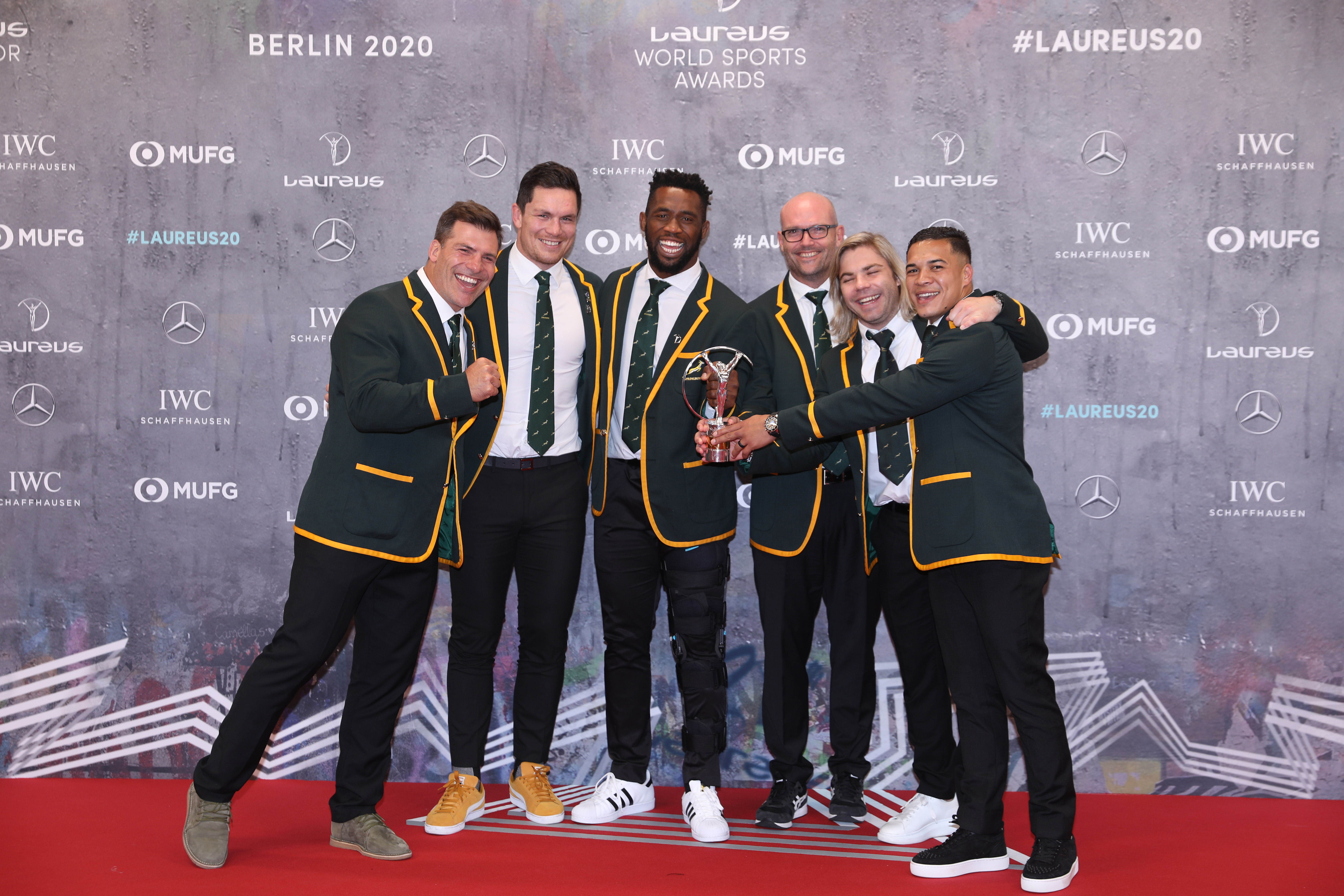 
The Rugby World Cup-winning Springbok team of 2019 added another fantastic award to their impressive list of recent accolades when they scooped the prestigious Laureus Team of the Year Award in Berlin on Monday evening.

The South African national rugby team pipped an illustrious list of top international sporting teams to lift the award in the German capital. It’s the second time the Springboks have won the Laureus accolade – the team that lifted the 2007 Rugby World Cup were awarded the prize in early 2008.

English football giants Liverpool were also in the running after clinching the Champions League crown, as well as the US Women’s Football Team (Women’s World Cup winners), Mercedes-AMG Petronas (for winning the Formula One constructors’ title), the Toronto Raptors (first Canadian team to claim the NBA Championship) and the Spanish Men’s Basketball team (World Cup winners).

The memory of Siya Kolisi lifting the Webb Ellis Cup in Yokohama last November was an iconic moment in sport and the audience in the Verti Halle in Berlin applauded the emotional moment when Kolisi led six of the team members on stage to receive the Laureus Statuette.

The team’s victory united communities in South Africa and was proof of sport’s ability to change the world.

With Rassie Erasmus at the coaching helm and Kolisi’s inspirational captaincy, the Springboks won the 2019 RWC title convincingly and also cleaned up at the World Rugby Awards in Japan shortly thereafter.

“We are absolutely bursting with pride and would like to congratulate Rassie, Siya and the Springbok team, as well as the management for receiving this fantastic award,” said SA Rugby President Mr Mark Alexander.

“They were so heroic on the field and through their excellent off-fieldconduct, they were true examples of excellent South African ambassadors.

“Our country can be very proud of this team and what they have accomplished in such a short space of time. They made an amazing turn-around to establish the Springboks once more as a major force in world sport.

“On behalf of SA Rugby, I would like to congratulate the entire Springbok team and management on this fantastic accomplishment. We saw how powerful a successful Springbok team can be, uniting South Africans from all walks of life, and we are immensely proud of their achievements.”