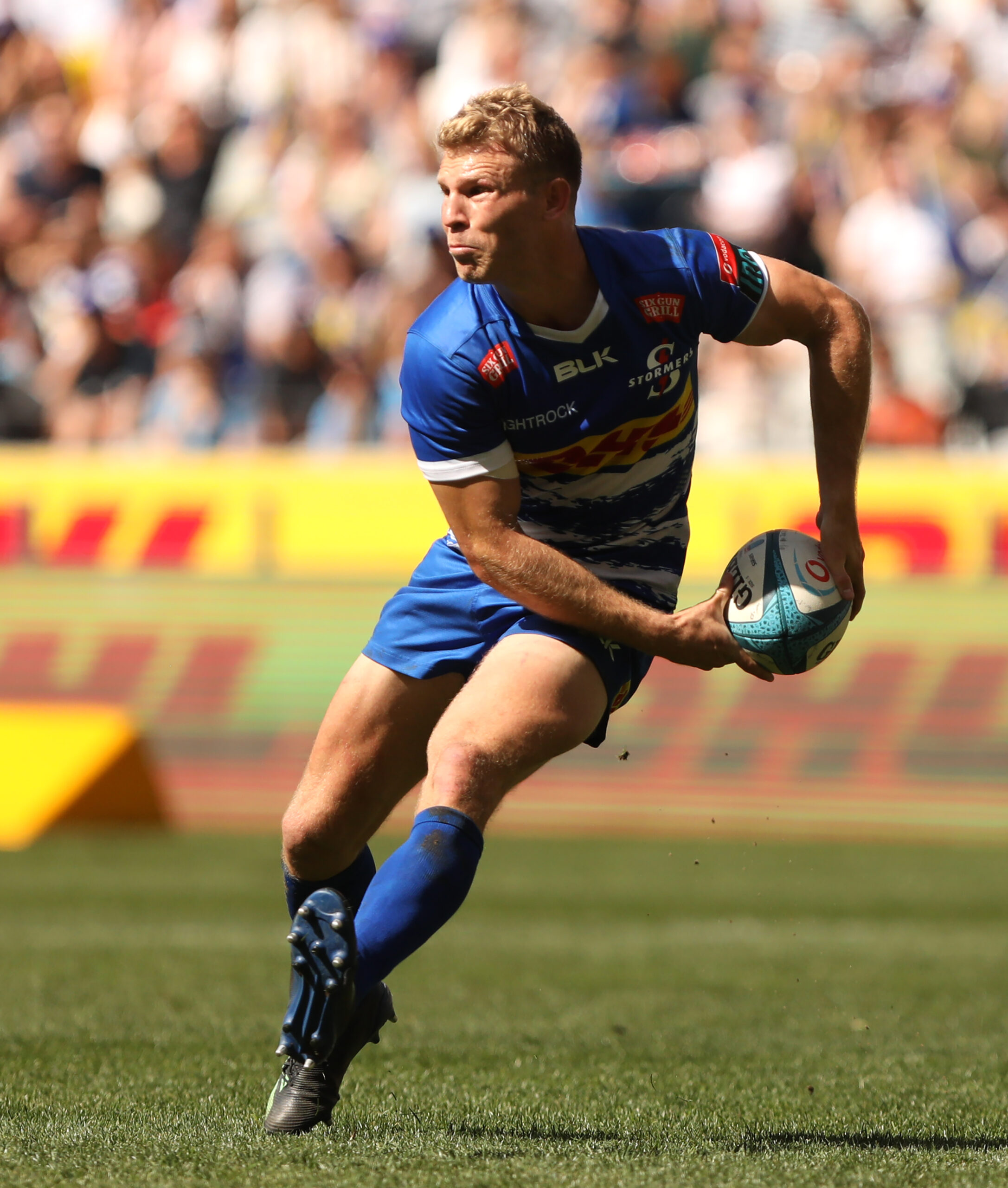 
Speedy scrumhalf Paul de Wet has proven himself to be an integral player for the DHL Stormers who has the perfect qualities to drive their attacking game.

An all-squad effort was one of the big factors behind the DHL Stormers’ success last season, and one of the key players behind the powerful Vodacom United Rugby Championship pack is unheralded De Wet.

He is an unsung contributor and a consistent contender for the No 9 jersey in a three-way position battle with Springbok halfback Herschel Jantjies and Godlen Masimla.

De Wet, a product of Paarl Boys’ High, has a natural flair for the attack that is perfectly suited to the DHL Stormers’ style of play, and the fleet-footed former FNB Maties halfback stood out in the 2021/22 Vodacom United Rugby Championship, scoring four tries in 15 appearances before injury ruled him out of the play-off run that ended with the trophy.

The 26-year-old has made the most of a fresh start this season, with three starts in five Vodacom URC matches leading up to the clash against the Emirates Lions on Saturday, and highlighted by a breakaway try in a 16-16 draw with Ospreys in Wales.

“I’m really grateful for the game time, and also coming back from injury. I’m just trying to enjoy every minute I get on the field,” he said.

“I’m actually trying to enjoy my rugby at the moment and not put too much pressure on myself. There’s some good competition and a lot of it.”

Playing between the in-form flyhalf Manie Libbok and dynamic No 8 Evan Roos has allowed De Wet to express himself while improving his skills.

“They are two players who are playing with a lot of confidence, and how sharp they are at the moment makes my job a lot easier,” he added.

“The way we play also allows for plenty of opportunities (to score), and quite a few times I’ve just been in the right place at the right time.

“But I also want to work on rounding out my kicking game, as part of my development.”

DHL Stormers defence coach Norman Laker added: “Paul will work on his passing and kicking every single day, before and after practice with anyone who wants to do extras.”

Head coach John Dobson agreed: “Paul de Wet is definitely one of the most underrated nines in the country. His game has developed quite a bit over the last year or two.

“His kicking game has advanced a lot, but he has some remarkable uncoachable qualities, like his attacking instinct, speed and side-step. And he’s a superb defender.”

De Wet has a good mentor in his father, Bertie, a flying winger who played the last of his 26 games for DHL Western Province in the 1984 Currie Cup final against Natal at Newlands.

“I never got to see him play; there’s a few highlight clips of him in the Currie Cup on YouTube. I heard he was just the fast guy with little ball sense who stood by the side of the field!” joked the youngster.

“He wants me to enjoy my rugby. He doesn’t put any pressure on me and helps me a lot, but doesn’t want me to play behind Bertie de Wet. He wants me to be my own player.”