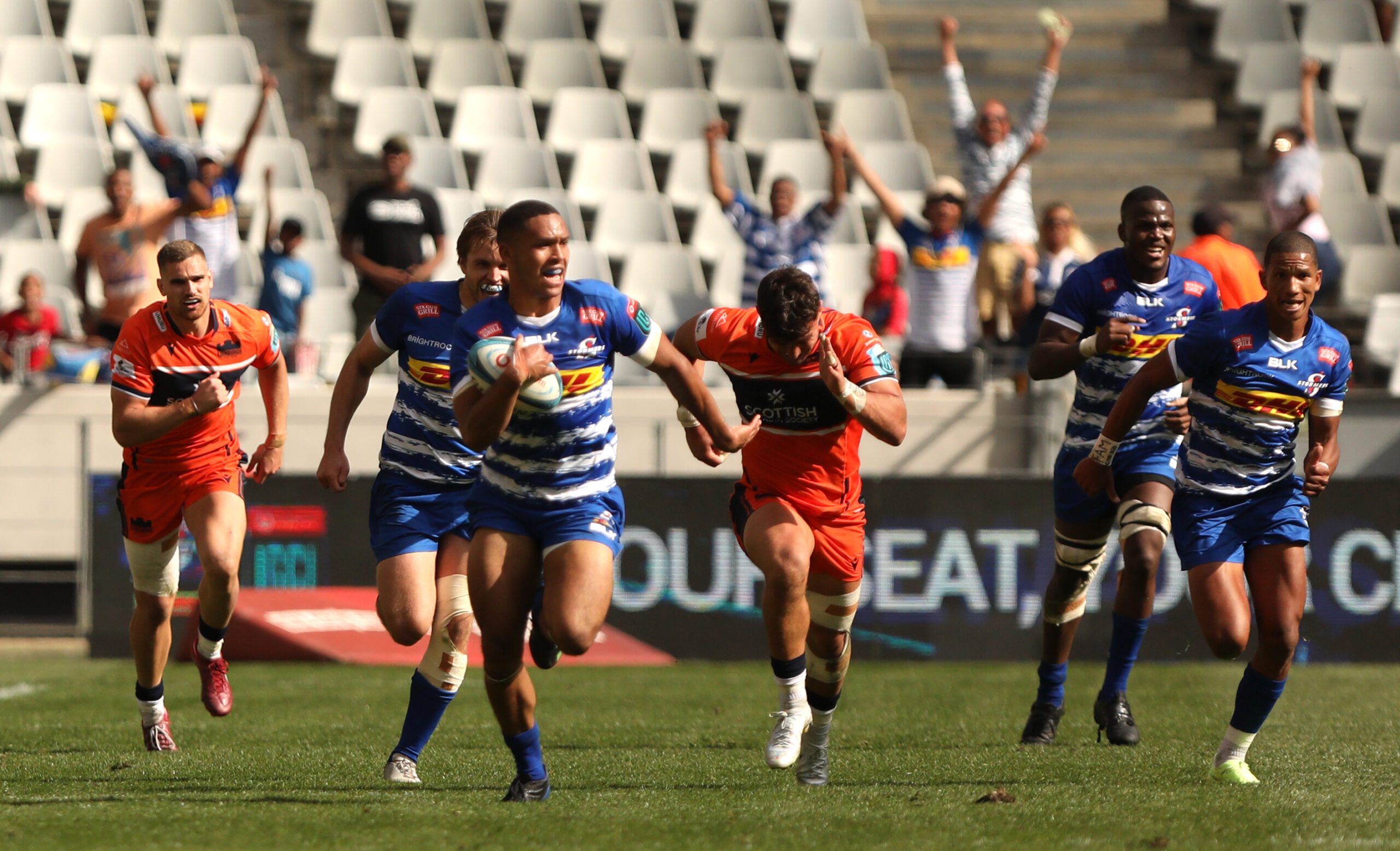 
There are six DHL Stormers in the South Africa ‘A’ match-day squad to face Munster at Pairc Ui Chaoimh in Cork on Thursday.

Hooker Joseph Dweba, scrumhalf Herschel Jantjies and wings Leolin Zas and Suleiman Hartzenberg are in the starting line-up, with hooker Andre-Hugo Venter and prop Sazi Sandi among the replacements for the clash with the Irish side on Thursday (kick-off 21h30 SA time).

SA Rugby director of Rugby Rassie Erasmus, who was originally expected to join Stick and his coaching team in Cork, meanwhile, joined the Springbok team in France, although he will continue to assist the SA ‘A’ coaches remotely.

Aphelele Fassi (fullback), Cornal Hendriks (centre), Johan Goosen (flyhalf) and Herschel Jantjies (scrumhalf) are the capped Boks in the backline, while Jean-Luc du Preez (No 8), Elrigh Louw (flank), Ruan Nortje, Jason Jenkins (both locks) and the entire front row of Du Toit, Ntuthuko Mchunu (both props) and Joseph Dweba (hooker) will all bring their Test match experience to a strong and physical pack of forwards.

Du Toit will captain the team, with Hendricks serving as his deputy.

There are a further three Springboks on the replacements bench in Dan du Preez, Sikhumbuzo Notshe (loose forward) and Grant Williams (scrumhalf).

The backline will be boosted by exciting DHL Stormers wings Leolin Zas and Suleiman Hartzenberg in a talented back three with Fassi, while former Junior Springbok captain and up-and-coming Cell C Sharks loose forward Phepsi Buthelezi will start in a strong loose trio with Louw and Jean-Luc du Preez.

“We are pleased with the quality of the squad we selected, and we are confident that with this thrilling blend of experienced and young players have what it takes to perform against Munster,” said Stick.

“One of the main reasons for selecting SA ‘A’ and Springbok teams for the year-end tour was to cast our net as wide as possible to test our player depth less than a year out from the Rugby World Cup, while also giving as many players as possible top-class game time.

“Most of these players have either been in the Springbok squad in the last two seasons, or they have been on our radar, so this is an ideal opportunity to see them in action against what will be a physical and challenging encounter.”

Stick said the team has been working hard to get their structures in place after assembling in Cork on Sunday, and that every minute on the training field will count in ensuring that they deliver a classy showing.

“The SA ‘A’ coaches had the luxury of spending the week with the Springboks last week, where they attended all the coaches’ meetings and training sessions to give them a taste of Test rugby and what they will expect this week, and this allowed us to hit the ground running,” said Stick.

“The coaches, players and team management know what is expected of them and we are working hard to implement our structures as effectively and efficiently as possible, and I have no doubt we will be a tight unit by the time we take the field.”

Of the challenge posed by Munster, Stick said: “They are one of the top club teams and they balance their physicality with exciting backline play, so we are going to be tested thoroughly.

“That said, we have named an equally exciting team and we have a number of leaders in core positions. Every one of our players will also want to make the most of this opportunity to throw their names in the hat for World Cup selection, which will serve as an extra motivational factor to showcase their talent.”