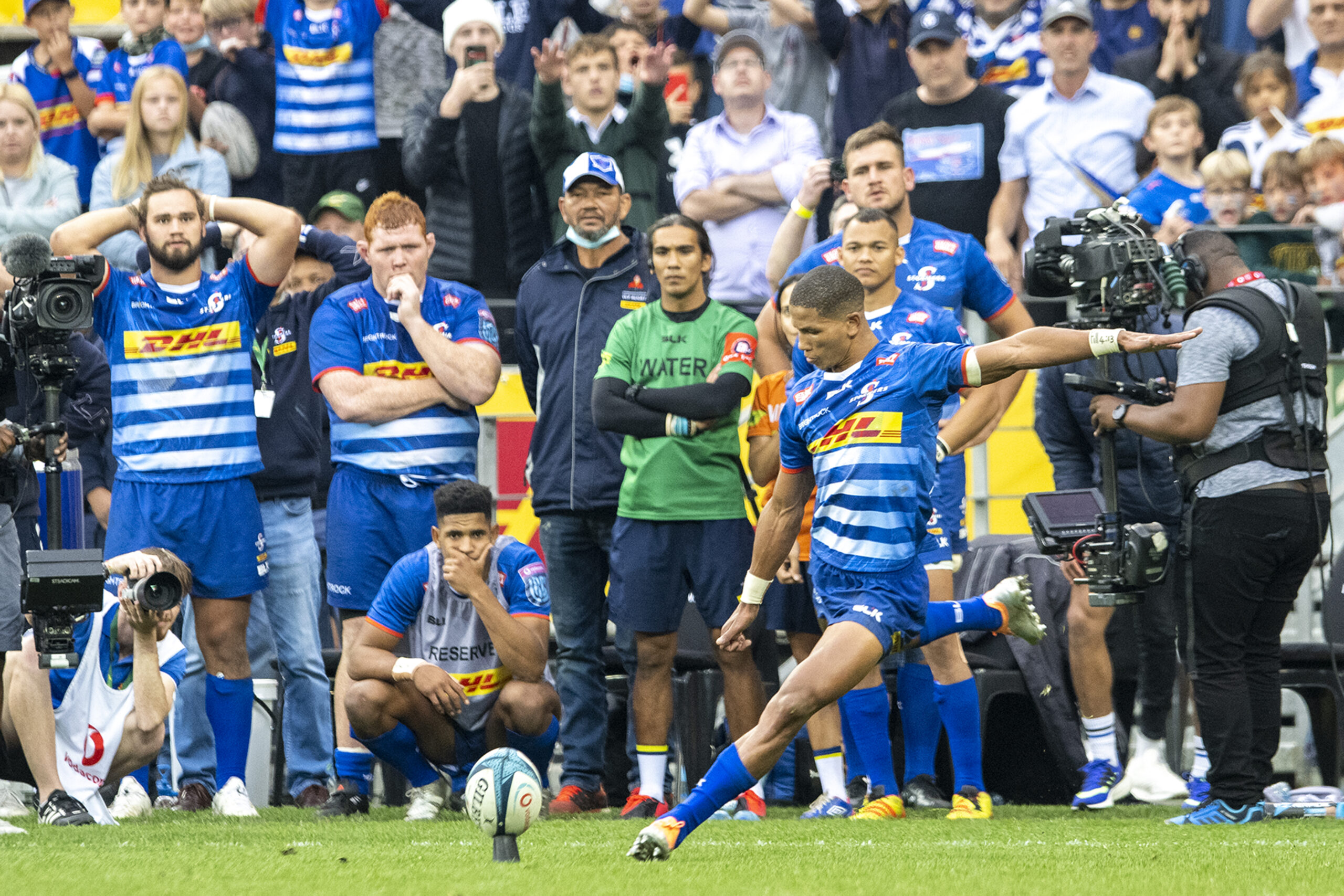 Show me the Manie


For the Love of Money blasts from the speakers whenever flyhalf Manie Libbok lands a successful goal-kick for the DHL Stormers, and his every strike of the ball that splits the uprights sends the team’s faithful supporters into delirium.

That, and the added assurance that in Libbok, John Dobson has a sharpshooter with the steely resolve to slot the winner when he’s called upon.

In June, the 25-year-old was the hero after nailing the narrow-angle conversion of Warrick Gelant’s last-minute try against Ulster to secure a dramatic 17-15 victory at DHL Stadium and book a home final showdown with the Vodacom Bulls for the inaugural Vodacom United Rugby Championship trophy.

He was superb in the DHL Stormers’ Vodacom URC title triumph last season, finishing as the tournament’s top points-scorer with 171.

Since bursting onto the scene with the Junior Springboks, Libbok’s career has had its ups and downs, and the former Cell C Sharks and Vodacom Bulls flyhalf joined the DHL Stormers in 2021 to boost the depth at No 10.

Backed as the first-choice pivot by Dobson, the Humansdorp-born playmaker grew in confidence spearheading the DHL Stormers’ march towards the inaugural Vodacom URC title.

Playing alongside Springboks Gelant and Damian Willemse also helped Libbok elevate his game, and the trio are credited with driving the enterprising and expansive gameplay of the DHL Stormers.

“I’m getting backed by the coaches and for what I bring to the team,” Libbok said. “The players around me are working hard to allow me to perform and play with freedom, and give me options. I’m making the most of the opportunity to help the team win.”

Libbok will spearhead the attack for the DHL Stormers this season given Willemse’s absences due to Bok duties in the buildup to the 2023 World Cup, and the pre-season loss of backline defence general Ruhan Nel to injury, which compounds the responsibility on his shoulders.

Yet, Libbok’s coolness under pressure speaks to an innate ability to deliver when it matters, especially as the DHL Stormers look to defend the Vodacom URC crown while also competing for the first time in the Heineken Champions Cup.

Expect the star flyhalf to rise to the occasion.