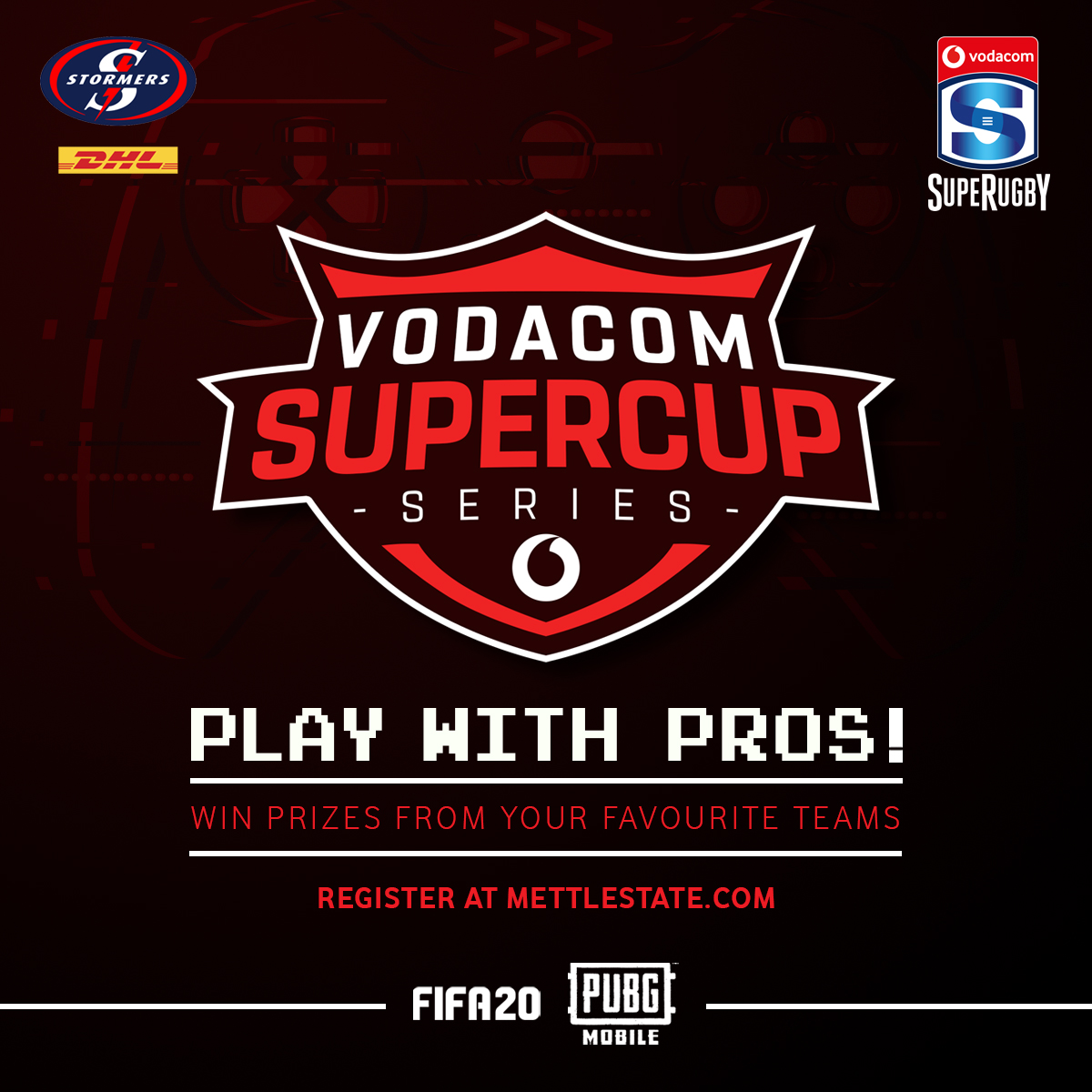 
Vodacom Esports is about to take gaming to the next level as South Africa’s Vodacom Super Rugby stars swop their line drives for hard drives and take on the country’s top gamers in the new Vodacom Super Cup Series in partnership with Mettlestate.

Starting this April, the Vodacom Super Cup Series will feature three weeks of top gaming action, giving South Africa’s gaming community the opportunity to take on their Vodacom Super Rugby heroes in the games of FIFA20 and PUBG Mobile.

Each week will be its own Vodacom Super Cup Series with a champion crowned at the end of it. The first and last weeks will be a contest on FIFA20 and the middle week will be a battle on PUBG Mobile.

During each contest, the gaming community will battle it out amongst themselves to uncover an overall champion, and the Vodacom Super Rugby players will do the same. At the end of that week, the respective champions will take on each other in the final to be crowned that week’s Vodacom Super Cup Series champion.

Sam “Tech Girl” Wright will provide the world-class commentary to this exhilarating esports action as she interviews Vodacom Super Rugby players and gamers during the Vodacom Super Cup Series.

Each episode will be released on YouTube and the links will be shared on Vodacom and Mettlestate’s social media pages.

Registration for the first contest will open on Friday the week before, and the following two weeks will see registration take place on a Tuesday. The gamers’ qualifiers will take place on the Wednesday of each week, and the Vodacom Super Rugby players will have their qualifier on the Thursday. Friday will feature the final between the respective group’s champions.

Registrations will take place at https://www.mettlestate.com/vodacom-super-cup/4qpitc
Players must register each week for the respective cup contests.

There is more than just gaming glory on the line. Each week will feature prizes for the first, second and third-place finishers as follows: