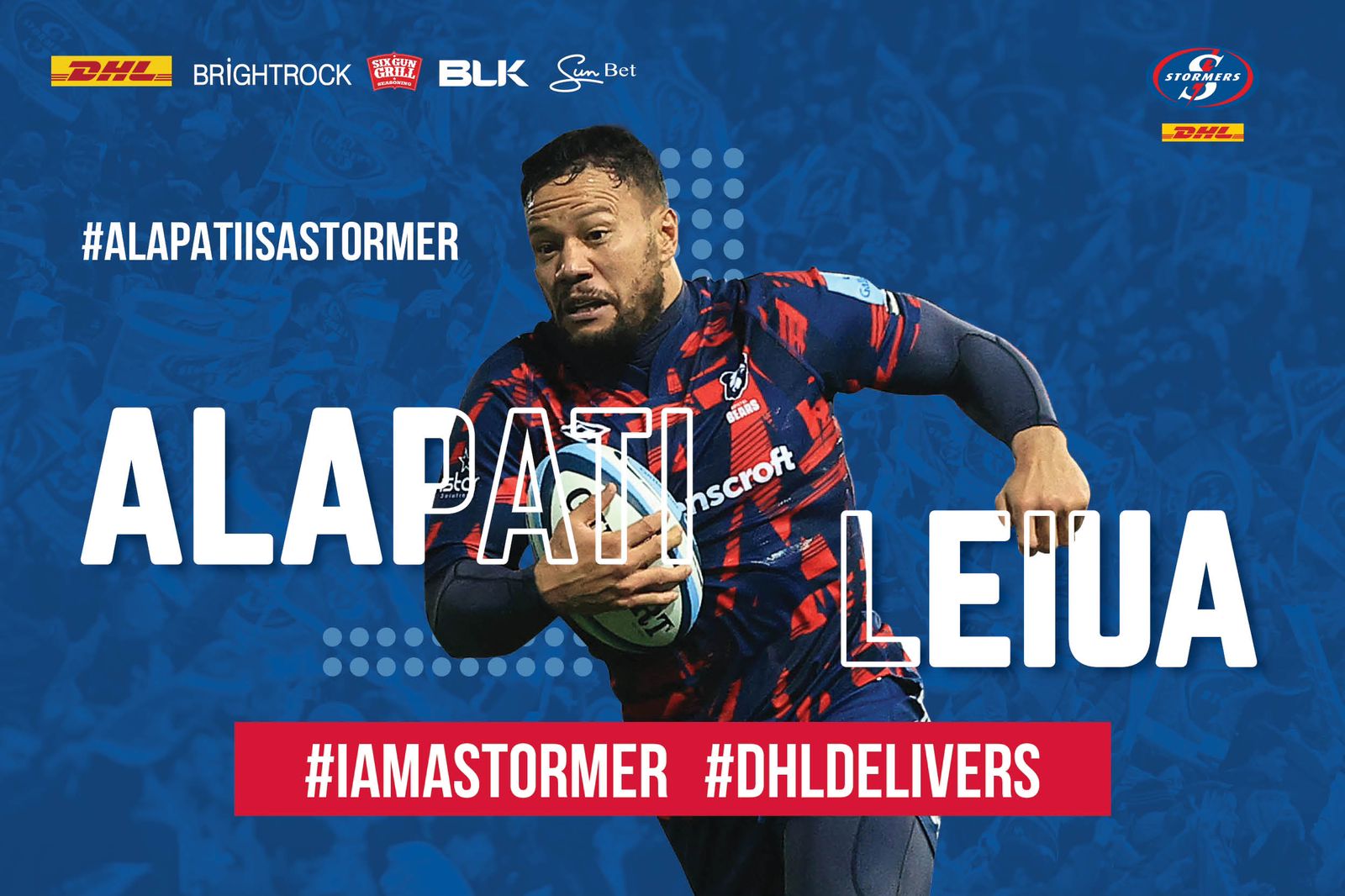 
Experienced Samoan international centre Alapati Leiua has signed with the DHL Stormers for the new season.

The powerful midfielder, who started his career at the Hurricanes before moving to the English Premiership where he played for Wasps and the Bristol Bears, has 31 Test caps for Samoa.

Known for his uncompromising physicality on both attack and defence, the 33-year-old brings significant experience with him to Cape Town where he will link up with his new teammates on approval of his work permit.

DHL Stormers Head Coach John Dobson welcomed Leiua, who he expects to have a major influence on some of the younger players in the squad.

“Alapati is a proven performer who will give us a hard edge in midfield while also mentoring some of the talented youngsters we have here.

“We saw the huge influence Jamie Roberts had in a short time here two years ago and we are expecting Alapati to play a similar role for us this season.

“We are looking forward to seeing the impact he makes here both on and off the field,” he said.

Leiua said that he wants to make the most of this opportunity to play for the defending champions in the Vodacom United Rugby Championship.

“We all saw this team play some incredible rugby last season and I want to add to that with my skills.

“This is a great chance to work with some talented young players and experience a completely new rugby culture, so I can’t wait to get stuck in,” he said.