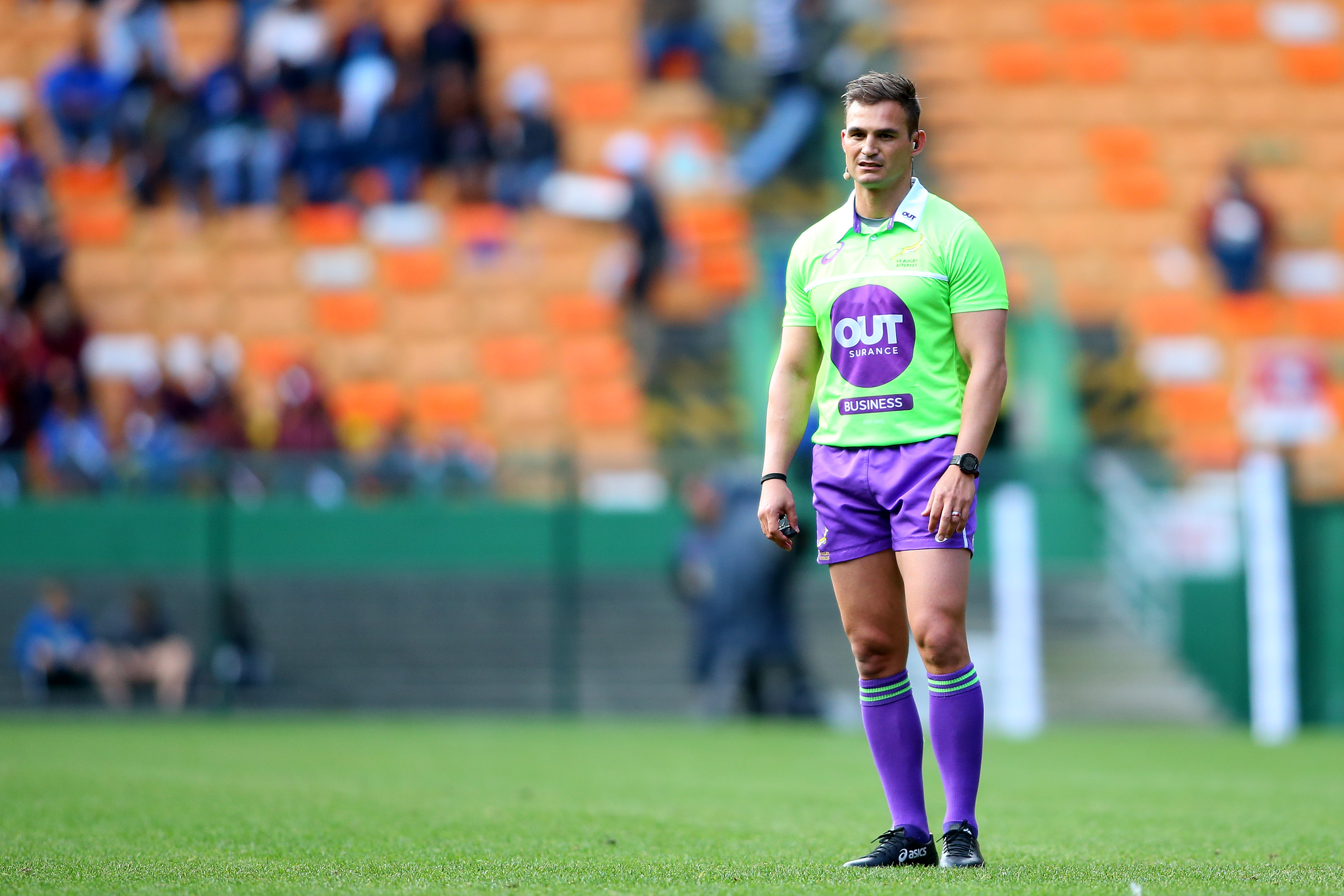 
Vodacom Super Rugby has announced the 12-man referee team that will officiate the 2020 season which will also see a new law trial in the form of the High Tackle Technique Warning.

As in previous years, it comprises an excellent mix of very experienced referees and emerging referee talent that has one or two years Vodacom Super Rugby behind them.

In preparation for kick-off on January 31 the Vodacom Super Rugby Refereeing Team has recently been in camp at the Stellenbosch Academy of Sport in South Africa. This annual camp is designed to review game management protocols from the previous year and to proactively assess the requirements for the new season given World Rugby directives and potential Law Trials.

Vodacom Super Rugby Game Manager, Lyndon Bray stated at the camp, “The camp has allowed the Super Rugby refereeing team to continue to evolve its game plan and match management protocols, anchored by the key deliverable, “how do we as referees deliver a successful Super Rugby game?” Within this is the main objective to assist the very talented players in the tournament to play their best rugby.”

“The refereeing team had a very inspiring and thought-provoking presentation from the RWC 2019 winning coach, Rassie Erasmus of the Springboks. There was also a presentation from SuperSport commentators, highlighting how the tournament is broadcast and promoted, and designed to help the referees to understand how they and the tournament are perceived within the sports world.”

“The recent camp covered the way in which our refereeing teams of four (referees, assistant referees and television match officials) continue to work on getting better at making the best game decisions in the major moments of the match. This includes foul play, try scenarios, contestable scrums [with reduced resets], that teams who are strong at mauling from their line-out are able to use their maul and that we enable space for teams to attack with confidence.”

“This is a very settled referee team and is a tight-knit group of 12 referees, from across South Africa, Australia, New Zealand and Argentina. As in 2019, the referees will work in pods of four,” added Bray.

Super Rugby CEO Andy Marinos said, “Ensuring we continue to deliver world-class and best performance match officiating is hugely important to the integrity of Super Rugby. Super Rugby has led the way I believe in match officiating but we cannot afford to be complacent, and we are constantly adapting and innovating to ensure our match officials are the best they can be.”

“This year we have reduced the referee team from 15 to 12 following intense scrutiny of performance and the objectives we want to meet, as identified by the Stellenbosch camp in South Africa recently. This smaller, tighter referee team we believe will deliver greater consistency of performance and better critical decision-making processes to ensure Super Rugby delivers fantastic rugby for the players and fans,” added Marinos.

On January 13 World Rugby issued a media statement that set out the various law trials that would be trialled in various domestic competitions around the world in 2020. The trials were approved for the four-year law amendment review cycle that began after the 2019 World Cup following an analysis by the Law Review Group last March and several unions expressed interest in operating one or more of the trials. SANZAAR is supportive of this process and awaits the outcomes of these trials to ascertain their effect on player welfare and the game.

The only trial that will be introduced to Vodacom Super Rugby is the High Tackle Technique Warning. SANZAAR will be appointing a tackle technique review officer to oversee the trial.

Preventing dangerous high tackles remains a high priority for SANZAAR and World Rugby as we look to reduce the number of concussions. Research has shown that the majority of concussions are caused by tacklers who tackle with an upright body.

SANZAAR is focusing on implementing a process that identifies high-risk upright tackles. The shadow trial will see SANZAAR looking at all tackles each round and identifying tackles in which the tackler is in an upright body position, and in the event it is deemed the tackler has shown poor technique in executing an upright tackle, a warning may be sent to the player and player’s coach.

This process will be an educational process that will aim to educate players and coaches of high-risk behaviours by identifying poor tackle techniques and seeking to inform players of better choices they can make in the tackle zone.

This process will not impose any sanctions on Players. This is not designed to penalise the player in any way but to hopefully shine a light on poor technique that has been shown to increase the risk of significant injury and attempt to affect behavioural change via education and identification.