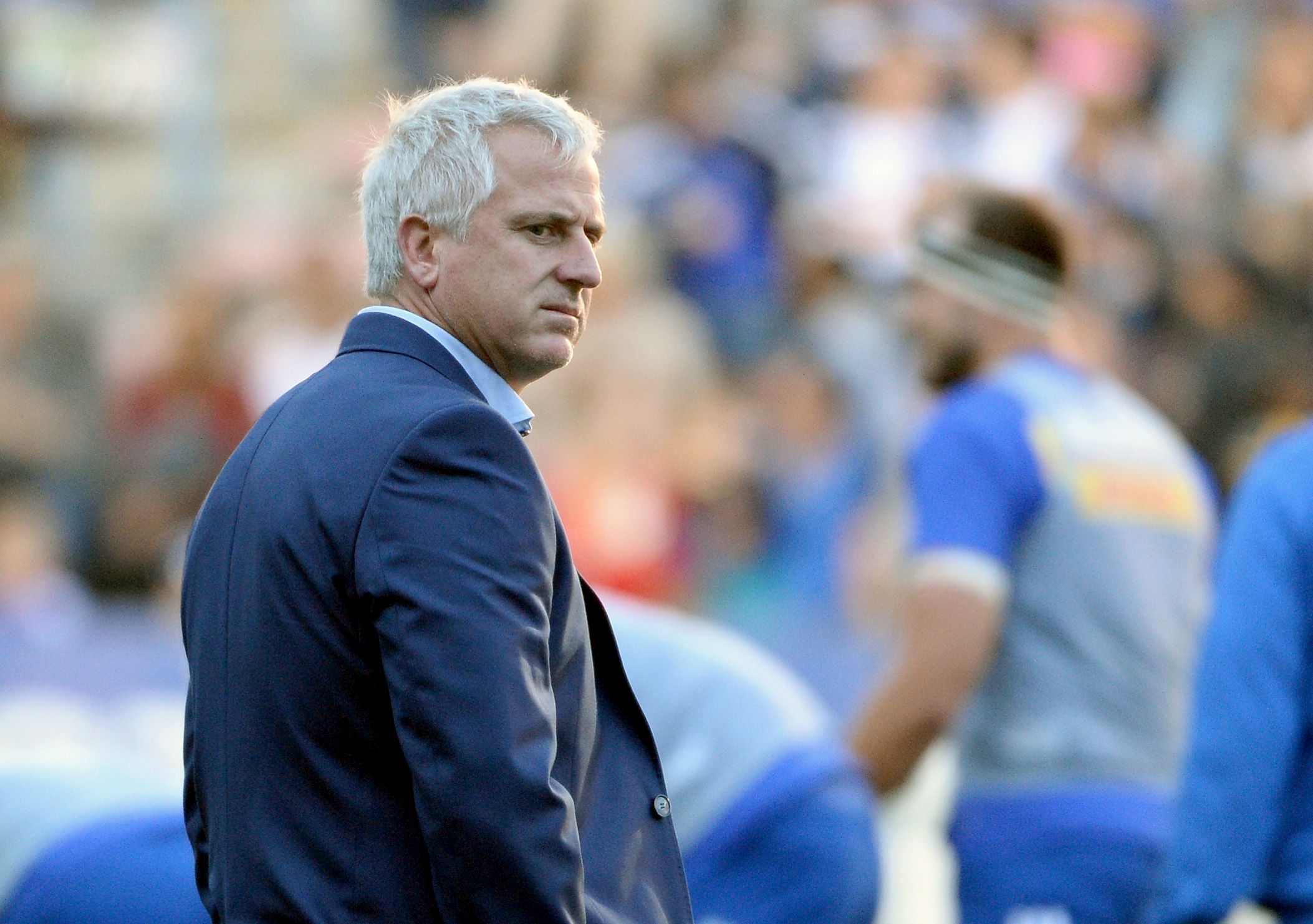 
Robbie Fleck was recognised at the WPRFU awards evening for his exceptional service to Western Province Rugby as both a player and a coach.

The former centre has devoted the best part of the last 20 years to DHL Western Province and the DHL Stormers and can be considered a true son of DHL Newlands.

Fleck started his journey with Western Province Rugby as a schoolboy star at Wynberg and Bishops, growing up and learning the game in the shadow of DHL Newlands. His school coach, the legendary Basil Bey, had a big influence on the way a young Fleck saw the game as he built a reputation as a fearless and incisive centre with quick hands and feet.

Having made his senior DHL Western Province debut in 1997 on a pre-season tour to Argentina, Fleck played for the first DHL Stormers team in a multicoloured jersey for the 1998 Vodacom Super Rugby season.

The following year was the Men in Black campaign, which saw Fleck and the DHL Stormers qualify for a home semifinal and pack DHL Newlands out every week and he would go on to feature in the Springbok team that finished third at the 1999 World Cup later that year.

Perhaps Fleck’s finest hour as a player came in the Springboks’ breathless 46-40 against the All Blacks at Emirates Airlines Park in 2000, which saw him score a double.

In all Fleck earned 56 caps for DHL Western Province and 49 caps for the DHL Stormers on top of his 31 Test caps for the Springboks.

Following a short stint playing for Bath at the end of his career Fleck returned to Cape Town, where it did not take long for him to become involved in coaching.

His first big assignment was as assistant coach to John Dobson at UCT in the first season of the Varsity Cup in 2008.

At the end of 2009 Fleck formally became part of the Western Province Rugby coaching structure, where he would make a huge contribution over the next 10 years.

As Backline Coach under Allister Coetzee, Fleck formed part of the team that played in successive home play-offs and the final in Soweto in 2010 and won the Currie Cup in 2012 and 2014. He also won a national championship as Head Coach of DHL Western Province U21 in 2015.

In 2016 Fleck was appointed as Head Coach of the DHL Stormers, with Russell Winter and Paul Treu his assistants and the team finished third on the combined log in the firt season, which saw them play all of the Australian sides and none of the New Zealand sides before their home quarterfinal against the Chiefs. His team won the South African conference trophy and went on to do so again the following year.

The Chiefs were beaten at DHL Newlands in 2017 as the DHL Stormers won their first six games of the season playing attractive, attacking rugby. New Zealander Skills coach Paul Feeney was added to the coaching team and made an immediate impact as the DHL Stormers played the sort of fearless rugby that Fleck was known for as a player.

Siya Kolisi was appointed captain by Fleck in 2017, supported by a core of senior players who he had being playing alongside since his junior days.

Kolisi featured prominently in what was perhaps the match of the 2019 Vodacom Super Rugby season, scoring a memorable try in a 19-19 draw against the Crusaders at DHL Newlands.

Fleck, Winter and Feeney are all parting ways with Western Province Rugby, but each has made a significant contribution.

For Fleck it is the end of a long association with Western Province Rugby and he will long be remembered for everything he did at DHL Newlands.