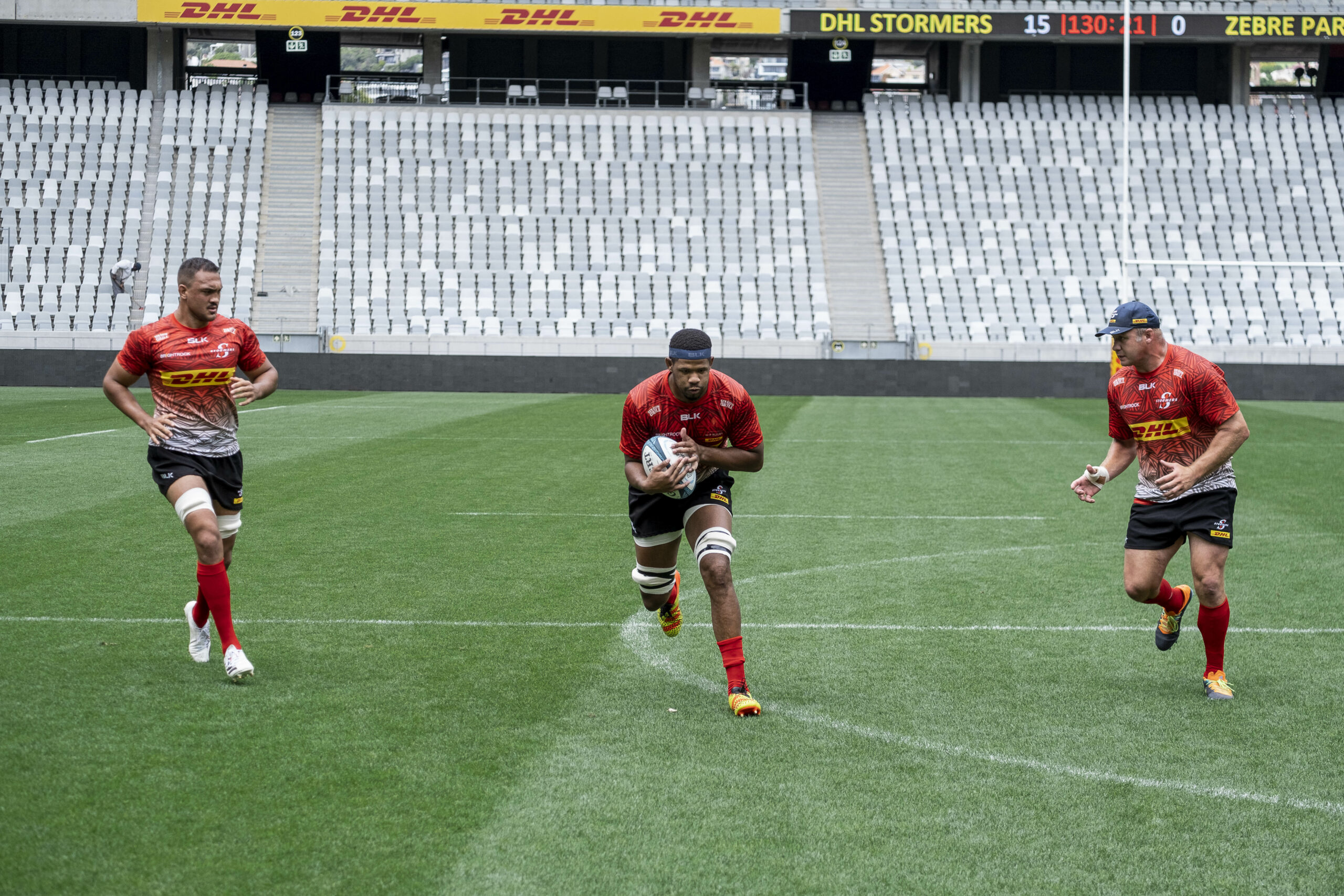 Orie and Senatla come in for DHL Stormers


Lock Marvin Orie and wing Seabelo Senatla will make their first appearances of the season for the DHL Stormers in the Vodacom United Rugby Championship encounter with the Emirates Lions at DHL Stadium on Saturday.

Springbok Orie was with the national squad for the first four matches of the season, while speedster Senatla makes his return from injury in the clash against the Johannesburg side which kicks off at 17h00 (SAST) on Saturday.

Orie starts in the second row alongside captain Salmaan Moerat, with the rest of the forward pack unchanged from the combination that started the 24-10 victory against the Dragons in Newport last month.

Senatla and Sergeal Petersen start on the wings, with Warrick Gelant at fullback and and Dan du Plessis and Ruhan Nel linking up in midfield.

DHL Stormers Head Coach John Dobson said that his team is determined to be at their best in their first home game of the campaign, which will have a limited crowd of 2000 spectators in the stands according to government COVID-19 protocols.

“It has been quite some time since we played in front of our faithful fans, so this will be a special occasion for the team and we want to put up a worthy performance.

“It is great to have some of our best players back in the mix and preparations have gone really well, so hopefully that translates onto the pitch on Saturday.

“We were pleased with the progress we made as a team on our tour and we want to build on that and deliver a rousing performance at home,” he said.

All those attending will have to adhere to government regulations by wearing a medical mask and providing a COVID-19 vaccination document confirming full vaccination (Only fully vaccinated people will be allowed to attend) and ID along with their match ticket to gain entry to DHL Stadium.

There will also be temperature checks and a verbal COVID-19 questionnaire for each spectator, with entry denied to anyone who does not comply with these regulations.

There will be no match tickets sold on the day, so ensure that you get yours from the Ticketpro website – (CLICK HERE) – beforehand.