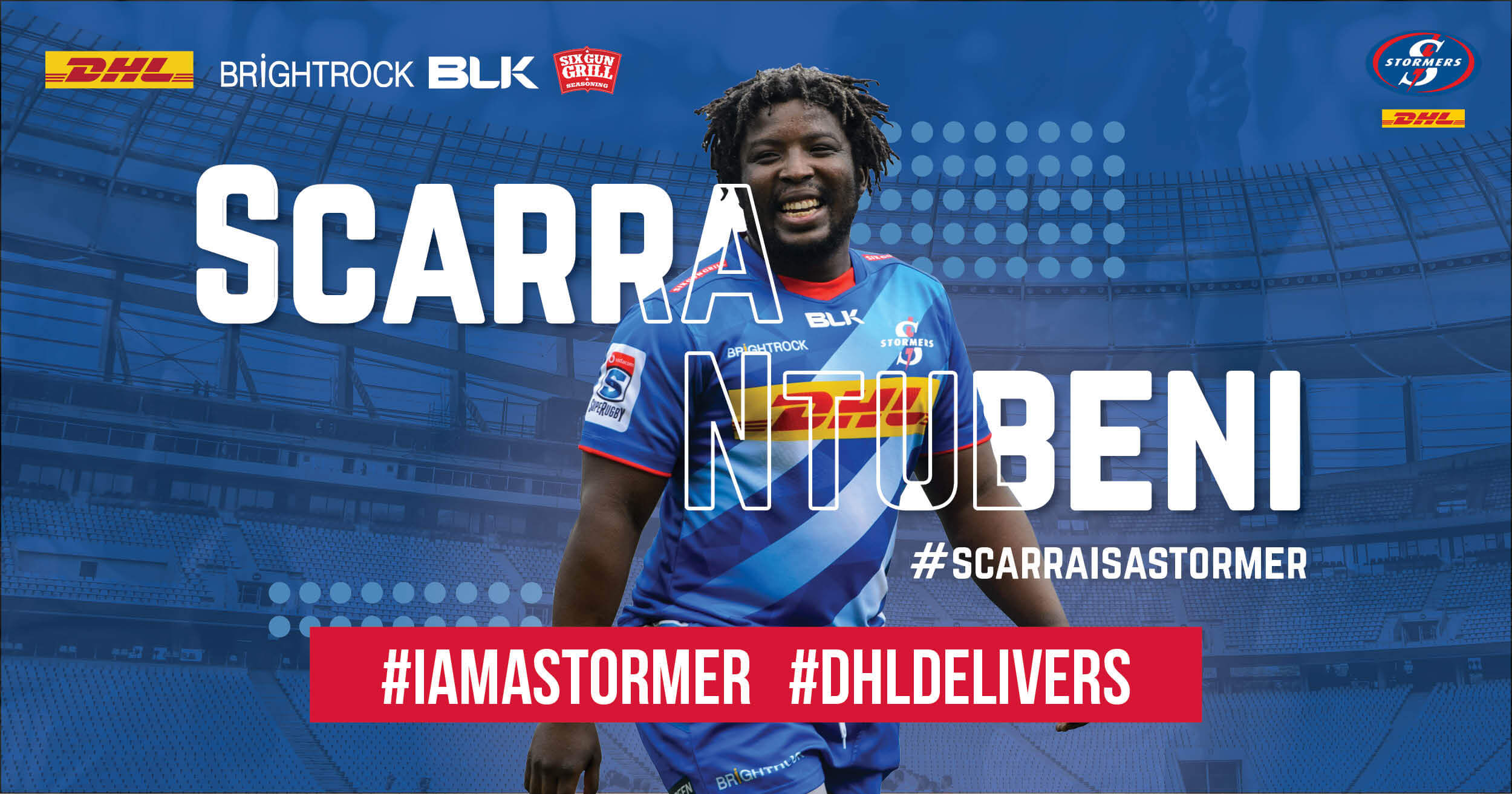 Ntubeni signs on for three more years with WPPR

The seasoned front row forward has been with WPPR for his entire professional career and will build on over a decade of experience over the next three years.

Having arrived in Cape Town straight out of school in 2010, Ntubeni has since accumulated 76 caps for the DHL Stormers and 73 caps for DHL Western Province.

The all-action hooker, who made his Springbok debut just before the 2019 Rugby World Cup, is known for his industrious style on the field and the important role he plays in the team environment off the field.

DHL Stormers Head Coach John Dobson said that having a senior player like Ntubeni commit another three years is incredibly valuable for the entire squad.

“Scarra is a player and personality that embodies what we are all about as a squad. He is loyal and passionate about the team, but also plays the game with flair and with a smile on his face.

“As a player of considerable skill and experience, he will play an important role in helping develop the next generation of stars over the next three years,” he said.

WPPR Chairman Ebrahim Rasool said that the long-term commitment of players like Ntubeni is the source of encouragement about the future.

“Scarra has never played for another team in his professional career and his continuing loyalty constitutes encouraging feedback for the enabling environment we continue to nurture for all our players.

“We are intent on building further on that and Scarra’s experience will be invaluable in that regard going forward,” he said.