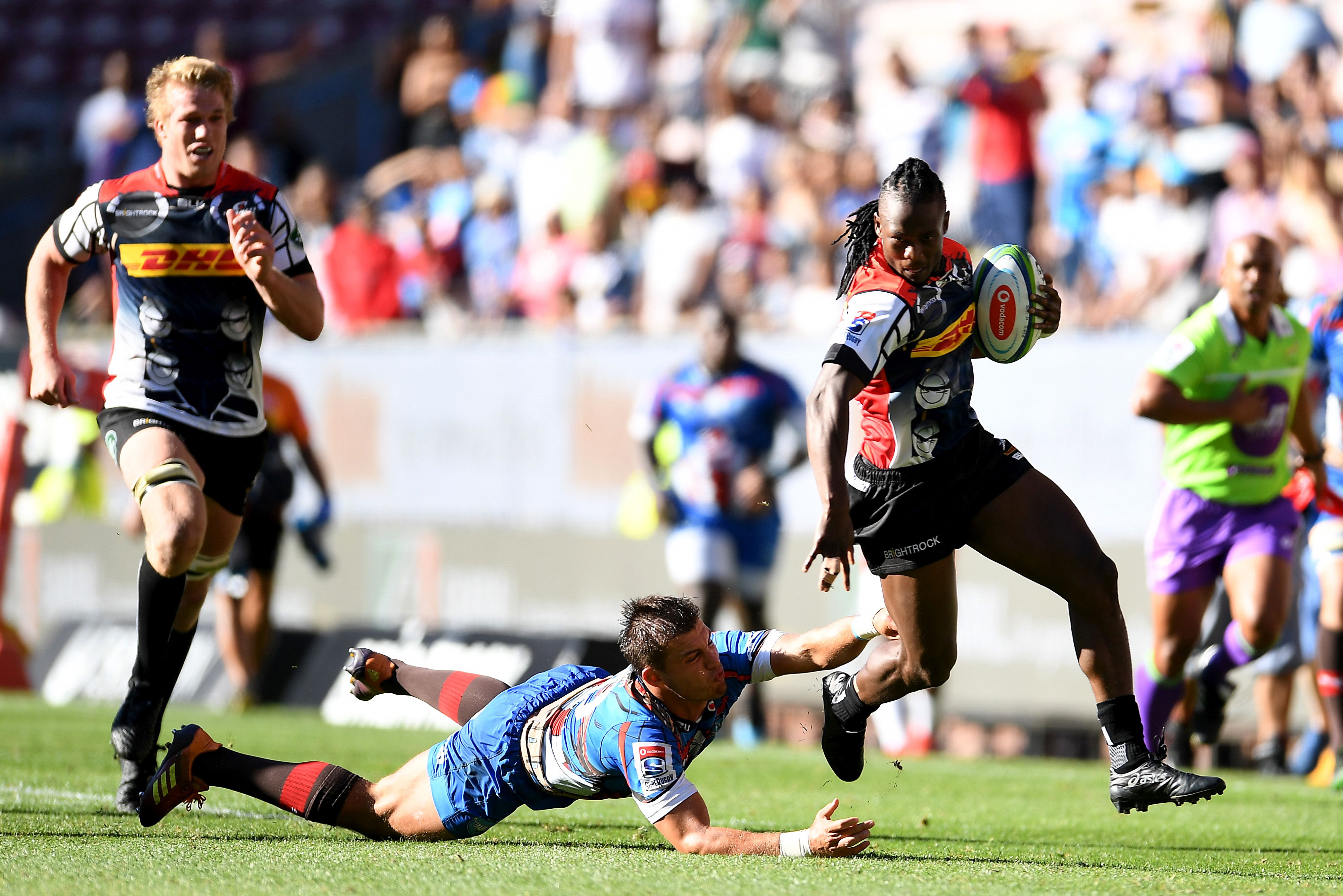 More to come from DHL Stormers


While satisfied with their victory in the Vodacom Super Rugby North-South derby against the Vodacom Bulls at DHL Newlands, the DHL Stormers know that they can raise their standards further in the coming weeks.

The DHL Stormers claimed a 24-23 victory on Saturday, to make it eight straight wins against the Vodacom Bulls at DHL Newlands, but despite scoring three tries for their fifth win of the season, the DHL Stormers expect to continue improving.

GALLERY: Did you see the family sleepover at DHL Newlands?

Head Coach Robbie Fleck said that while they dominated most aspects of their showdown against the Vodacom Bulls, the team knows that they can raise their standards further as the business-end of the season approaches.

“There was a funny feeling in the changeroom afterwards, the boys were a bit quiet. Obviously we were happy with the win but I think that they felt there was a lot more in there, which is exciting,” he said.

Their next assignment will be against the Jaguares in Argentina, which Fleck and his charges know will be a major challenge.

“We will go to the Jaguares knowing that they are a different beast in Argentina and there is going to be a pretty vocal crowd there, but we need to do whatever we can to get the win.

“I think they get a lot more energy there, the crowd gets in behind them. They are a pretty physical side and they are an emotional side, so they are very tough to play there.

“It will be a great challenge for our boys, we have shown that we can win away against good teams in terms of the Rebels. It is just another blade of grass, just that it is a couple of thousand miles away,” he said.

Fleck was happy with the way his team executed their gameplan against the Vodacom Bulls, to extend a winning streak against their old rivals, who last won at DHL Newlands in 2011.

“We were the dominant team, there were some soft moments which let the Vodacom Bulls in, but for 35 minutes of that first half we had better tempo, we dominated the gainline and the team did everything that was asked of them.

“I think we had good, smart plans and the players executed the plans well, especially in that first half.

“I think that we outkicked them and I think that we outsmarted them in the kicking game. We were also dominant at the breakdown, we took guys like Duane [Vermeulen] and [Marco] van Staden and all their poachers out of the game, our attacking breakdown was excellent and that was the reason we could get gainline ascendency and run at them.

“Credit to the team and the character that they showed because they are also frustrated that we are not getting all of the seven-pointers that we are working so hard for.

DHL Stormers captain Siya Kolisi said that the key to beating the Vodacom Bulls was the hunger that the players showed in the heat of battle.

“The message was simple this week: Do whatever it takes to get the win. That is what we focused on and what the coach pushed the whole week. We knew we had to turn up from the word go,” he said.

The DHL Stormers are set to announce their squad to travel to Argentina on Monday.