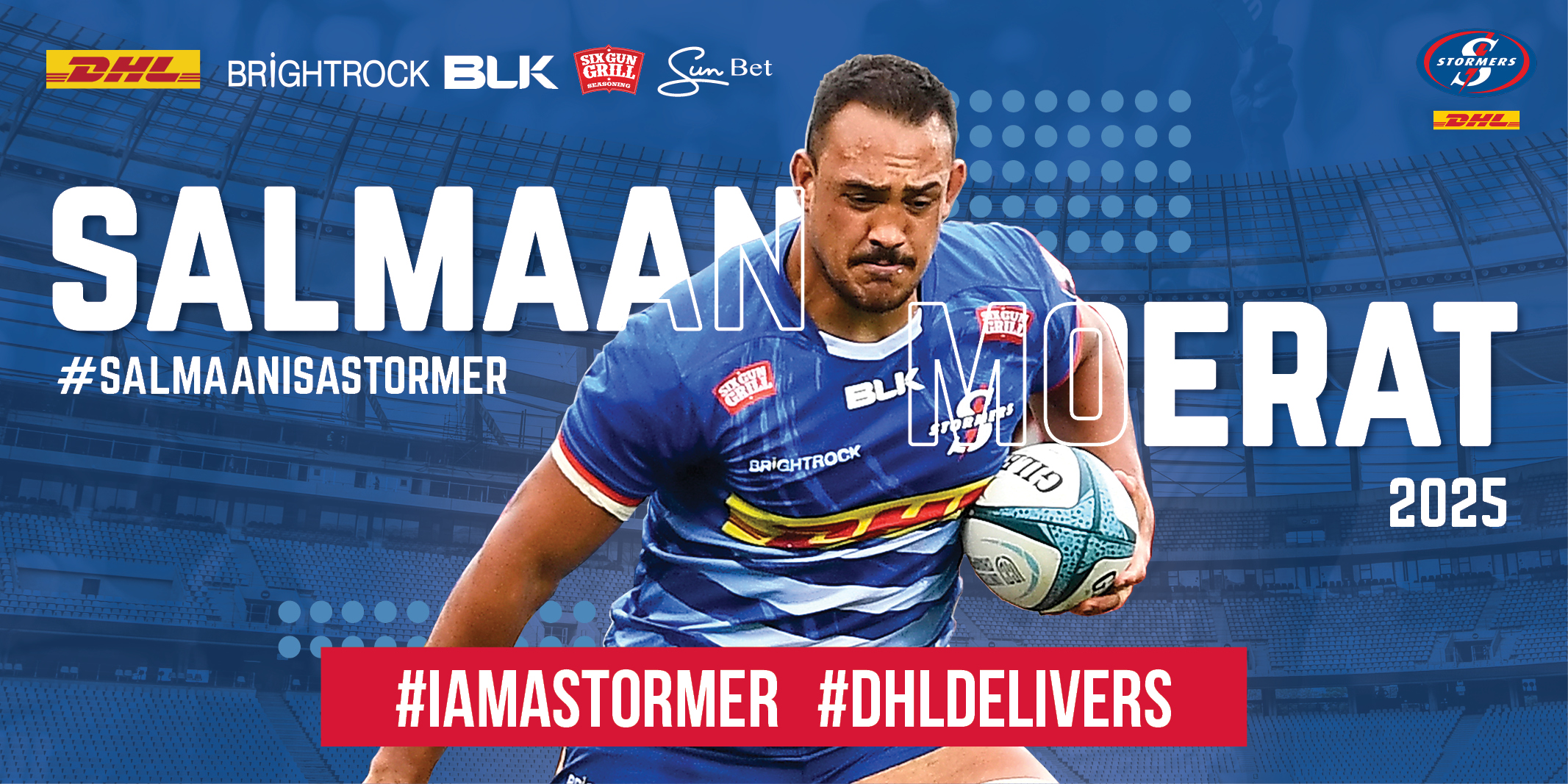 Moerat locked in until 2025


DHL Stormers co-captain Salmaan Moerat has signed a contract extension that will see him stay in Cape Town until at least 2025.

The imposing lock is a proud product of the Western Province Rugby system, having developed through the structures as a young player and at just 24 years of age, still has his best rugby ahead of him.

The former SA Schools and Junior Springbok captain made his DHL Stormers debut in 2018 and has become a force to be reckoned with in the second row, with his form earning him a spot in the Springbok touring squad to Europe in November last year.

While a player of his calibre attracts attention all over the world, Moerat said that his deep connection to the team and the positive strides they have made in the Vodacom United Rugby Championship this season made it an easy decision to extend his contract.

“It means a lot to me and my family to play for the DHL Stormers and the direction the team has been going in the last few months makes for an especially exciting future.

“I am glad that the path forward is clear, so I can focus on playing my best rugby and contributing wherever I can to the team,” he said.

DHL Stormers Head Coach John Dobson said that with Moerat coming into his prime as a player, the sky is the limit over the next three years.

“Salmaan has always been a talented, humble and hard-working player and also brings important leadership skills to our squad.

“With his future now secure, I am looking forward to seeing what new heights he can reach over the next three years as he pushes himself and his teammates to higher standards,” he said.